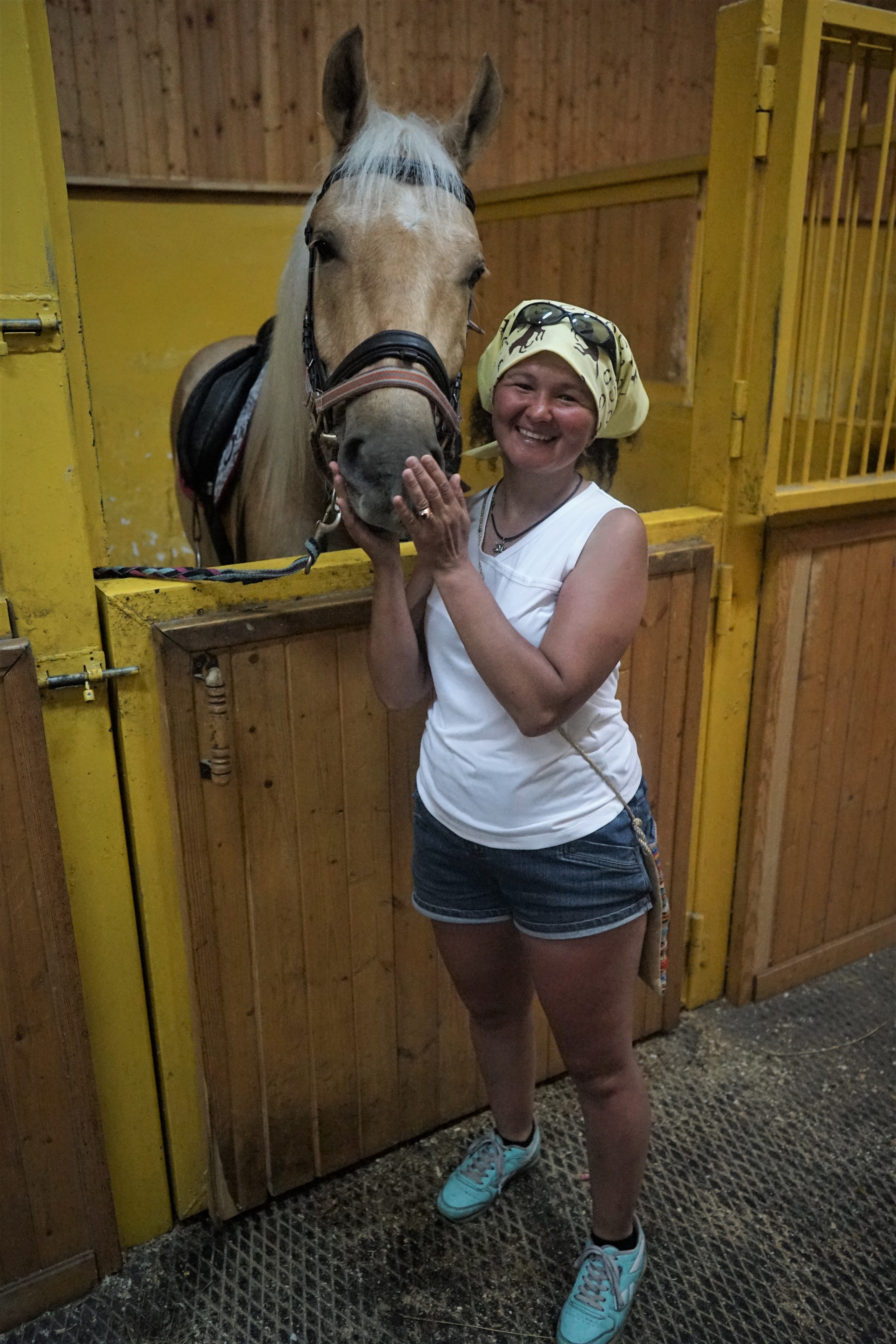 Aislu is taking care of the horses at a stable on the Island of Sviyazhsk in the middle of the Volga river in Tatarstan. She describes her job as being the mother of the horses. Here she can be seen with Dandy, who is a real hooligan according to her. Horsebreeding has a long tradition on the island and in Tatarstan in general. In fact, the words for man and horse have the same root in Tatar, testifying to the pivotal relationship this people has been assigning to their horses for centuries.
On a darker note, Sviyazhsk has also been known for the presence of penal colonies and Gulags. In Tsarist times, there was a major transit camp for people to be deported further east to exile or labour camps in Sibera and during Stalinism more than 5000 people died here in some kind of „re-education camp“. Later the complex was turned into a mental asylum. Nowadays there is a museum dedicated to this sad chapter of the island’s history.