Orthodoxy vs. liberalism and relations with Russia 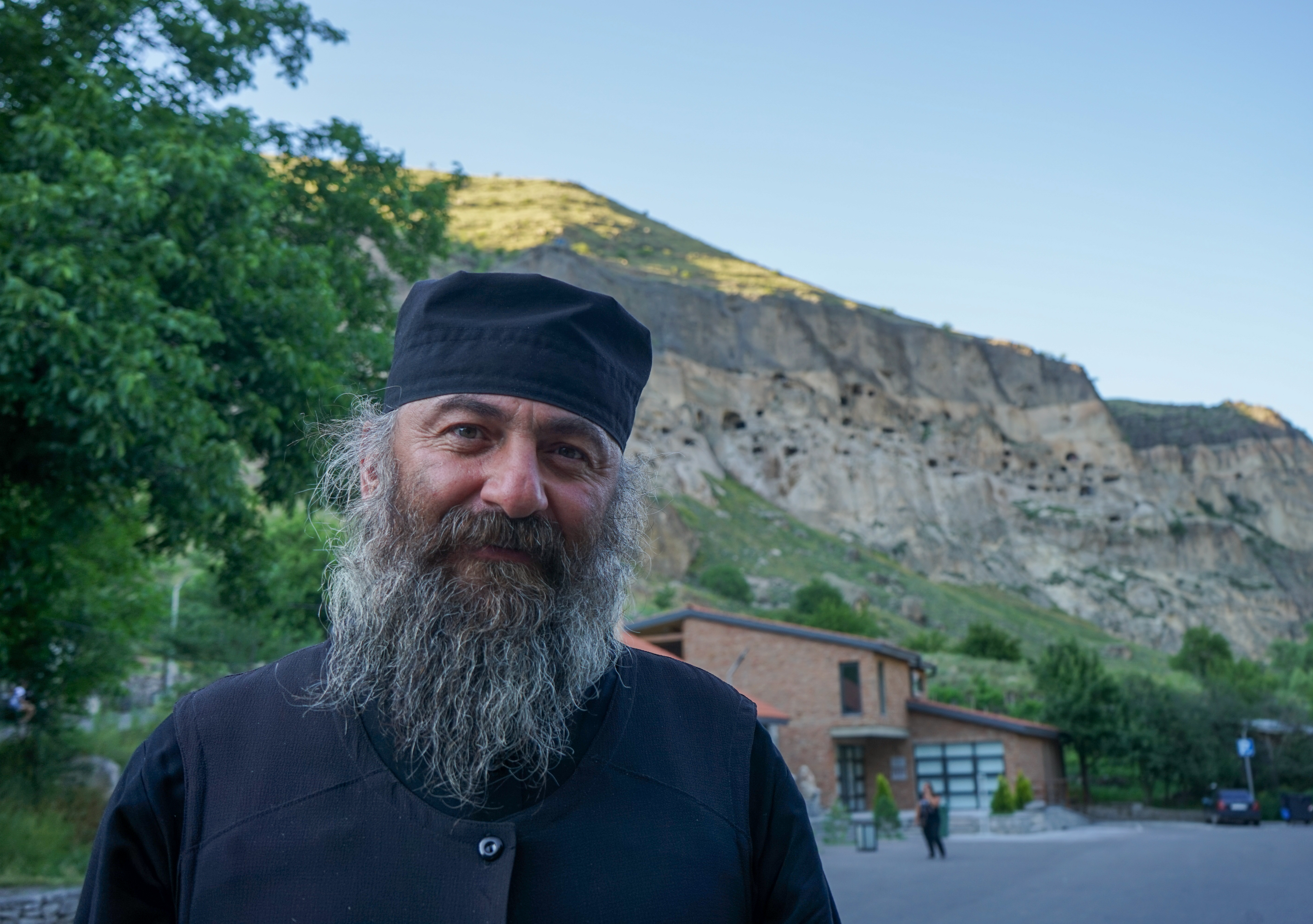 Georgi is a monk at the Vardzia monastery in southern Georgia. The ancient site was founded in the 12th century and is situated in a complex of mountain caves cut into the side of a massive cliff to provide protection against the numerous foreign armies that invaded Georgia over the centuries. The Georgian church is orthodox and quite similar to the Russian one. The two entertain close links, as Georgi confirmed, who is in favour of good relations with the powerful northern neighbour. As in Russia, orthodoxy in Georgia is not only a potent force for the preservation of traditions but also of an ultra-conservatism that stands at odds with liberalisation as embodied by Georgia’s thriving techno and arts scene, as well as anything LGBTQ. According to the church, these developments threaten the coherence of the Georgian nation, for which orthodoxy has been the glue over centuries guaranteeing the small country’s survival through a history of multiple invasions. Many say that the Russian leadership, which prides itself to be a global defender of conservative values, is influencing politics in its Caucasian neighbour through the Georgian orthodox church. In fact, it was a conference of orthodox countries which sparked the protests this summer, as the Russian representative, who also happened to be a member of the communist party, spoke from the speaker’s chair of the Georgian parliament, which many Georgians regarded as an affront.