Hugging a column, walking in circles and kissing a black snake: an intro to Yazidi religious practices 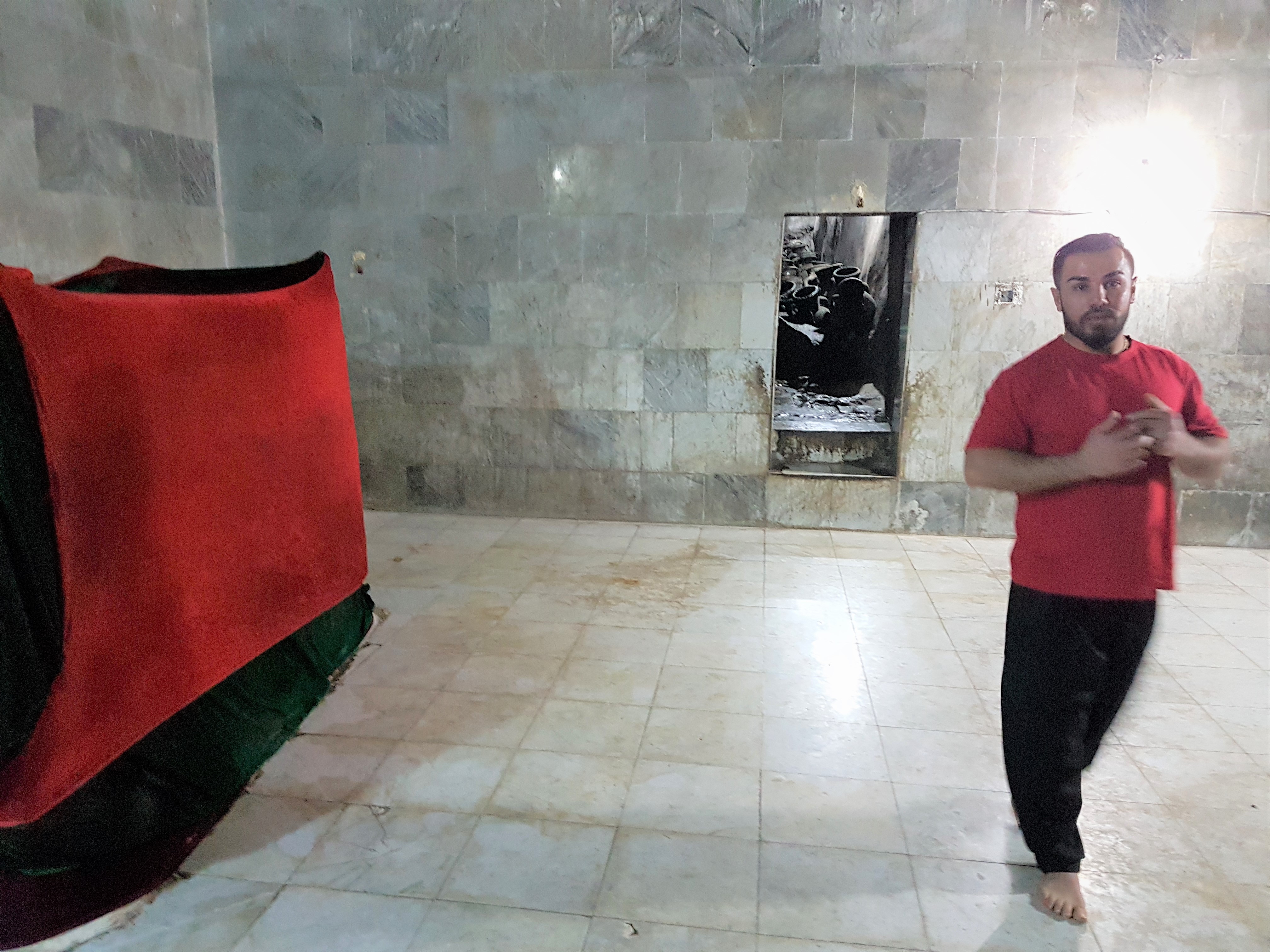 I was surprised to meet this man inside an ancient Yazidi shrine in Lalish and to find out that he speaks fluent German. He introduced himself as an entrepreneur, running a little oriental corner eatery in Hannover. Having moved there in 2002, he recently received German citizenship. It is already his 2nd time in Lalish, the holiest of places for the Yazidi people and he tries to come to Northern Iraq as often as possible to visit his relatives who have remained there. Here he is standing by the tomb of Sheikh Adī ibn Musāfir which has about the same significance for Yazidis as the Kaaba in Mekka for Muslims. He introduced me to the intricacies of Yazidi worshipping speaking in German street slang with a middle eastern accent, which added a slightly grotesque note to the situation. “If you want a wish to become true, you have to walk in circles around the tomb three times”, he said and demonstrated the practice. Another rite is to throw a greasy piece of cloth on a ledge of a rock in another room, in which large amounts of olive oil are stored in ancient pots. If one manages that the cloth doesn’t fall down again, which is quite hard to do, one is allowed a wish. In another shrine, one can hug a column to the same effect. Also, one is never supposed to step on any doorstep within the holy site, as this can apparently cause great misfortune.

At the main entrance of the shrine there is a black snake out of stone, which faithful Yazidis are kissing before entering. The snake is a holy creature in the Yazidi religion. Killing one is considered a major crime. The “black book”, the holy script of the Yazidis claims that it was a giant snake that saved the Arche Noah from shipwrecking. The cult around the snake and some of the aforementioned rites are usually cited as proof for the devilishness of the Yazidi faith by extreme Muslims.