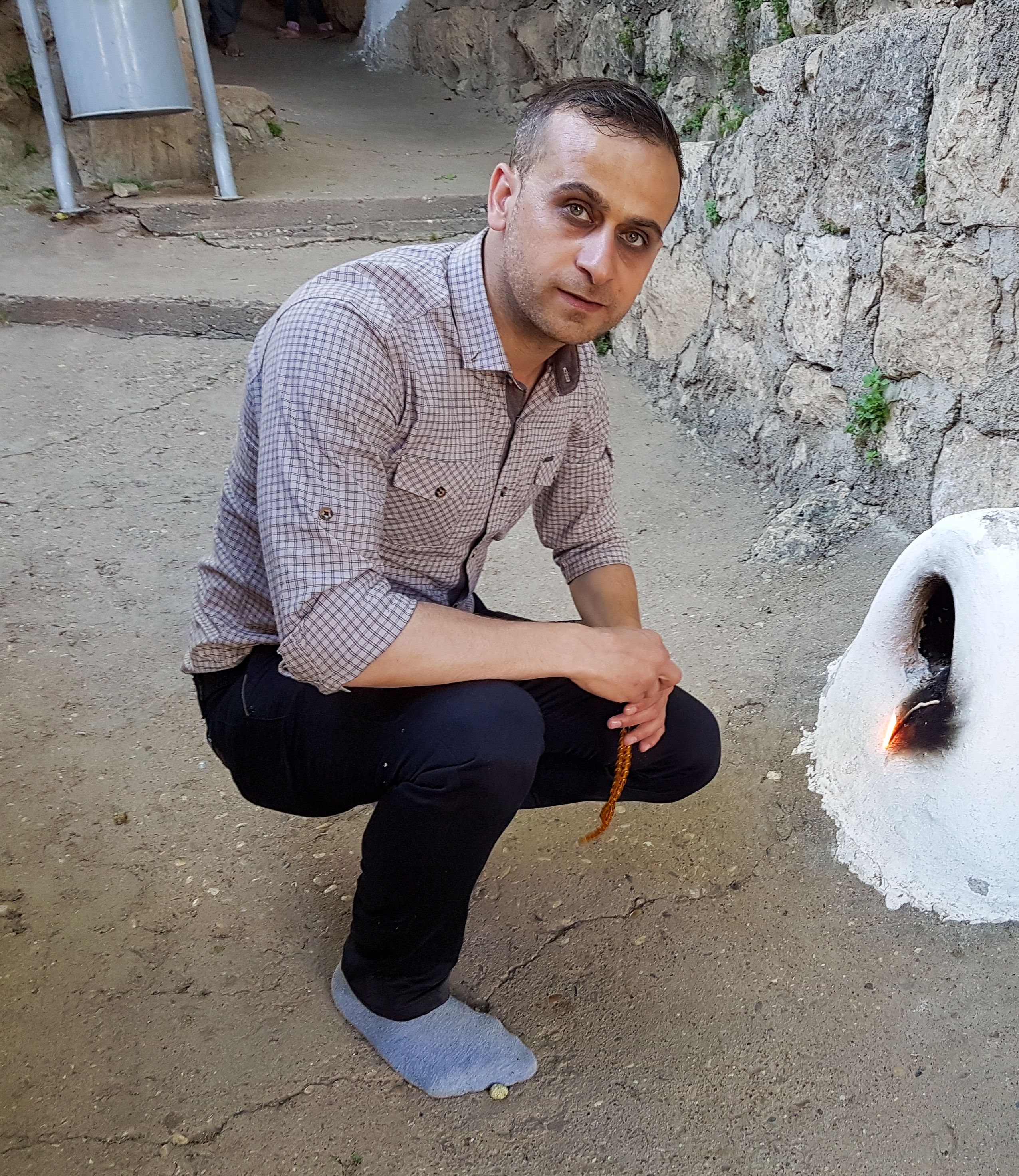 Karim is a Yazidi living in Germany who was visiting his relatives in Iraq. He is originally from Sharya near Dohuk in Iraq’s Kurdistan region. But when there were several deadly terrorist attacks against Yazidis in 2007, his father sent him to Germany at the age of 18, to have at least one of the family members safe. He was granted Asylum in Münster. „It was tough being all alone in a foreign country, coming from a large family, but people in the asylum centre were really helpful.“ On one of his visits back in Iraq he married, and his wife was allowed to join him in Germany in 2015. When ISIS swept over Northern Iraq in 2014, he attended demonstrations in Cologne to raise awareness of what many have described as a genocide of Yazidis by the Jihadists. ISIS got very close to his hometown and his father, uncle and cousins joined the Peshmerga forces to fight them. One cousin died in battle, while the family of his uncle’s wife was all but annihilated when ISIS conquered their village. They were from Kocho, which is also the home town of Noble Peace Laureate Nadia Murad. Virtually all men were shot, the women sold into sexual slavery, and many kids brainwashed and turned into suicide bombers. Eventually, the wife of his uncle was freed by the Syrian Kurdish YPG forces.

Karim misses Iraq but wants to stay in Germany. „There is no country in the world that has done more for the Yazidis than Germany. I owe most things in my life to Germany. There are laws, people have work, and people are civil to each other.“