On escaping ISIS and guarding the holiest Yazidi shrine 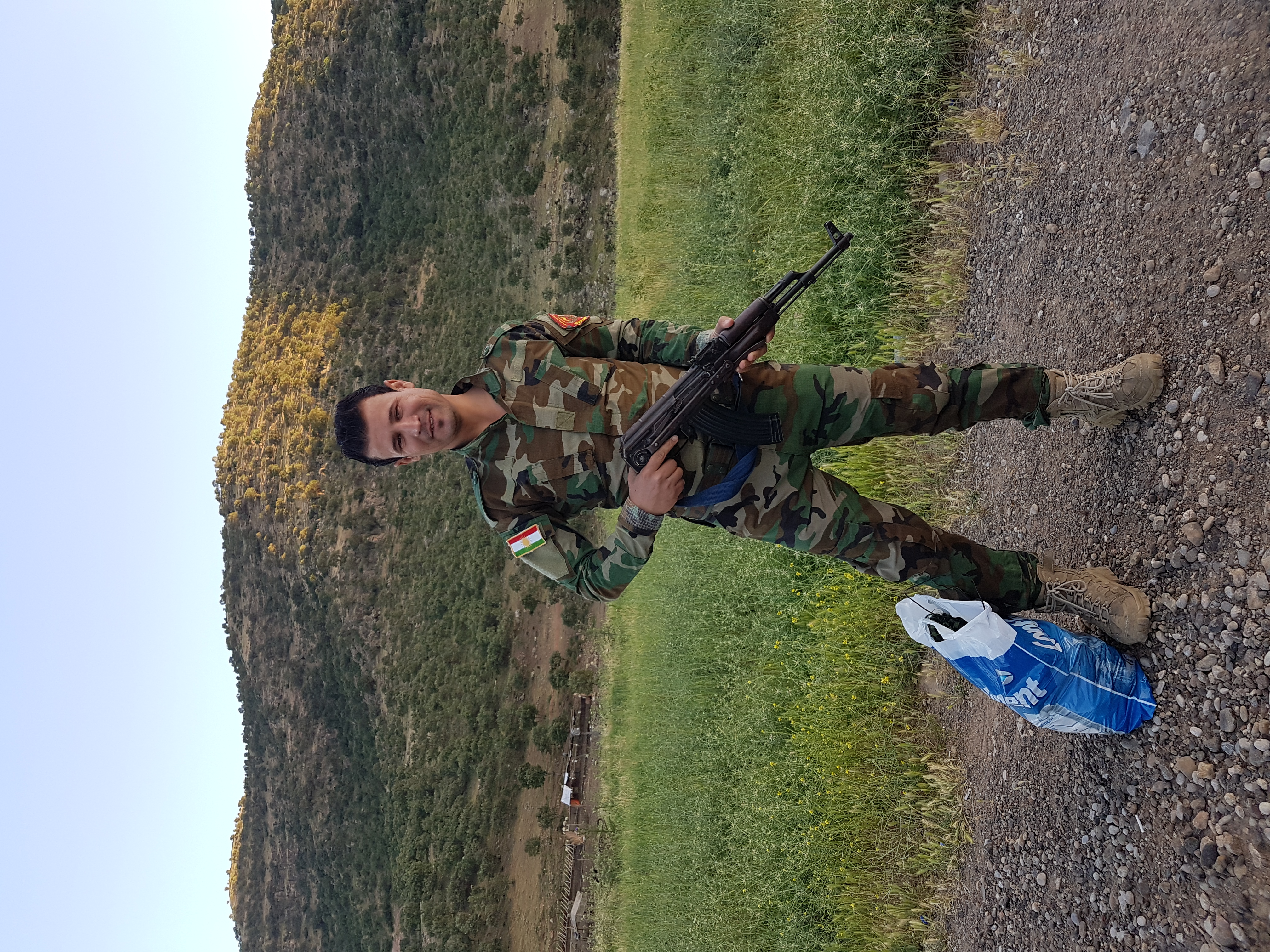 Haydar works as a guard at Lalish, the holiest shrine of the Yazidi people, which every member of this small religious group should visit at least once in a lifetime. The millennia-old pilgrimage site in Iraq’s Nineveh region (currently under control of the Kurdistan region of Iraq) has been a target of ISIS on their relentless advance through Northern Iraq in 2014. As it is regarded as a centre of devil worship by them, they would doubtlessly have destroyed the ancient site, but Kurdish Peshmerga forces stopped them only a few kilometres before. Since then, there have been several armed infiltration attempts by ISIS terrorists. They were luckily discovered and dispersed early enough by guards like Haydar. He was very lucky to escape ISIS, as he left his native Sinjar by pure chance to visit relatives in another town further east, the day before ISIS suddenly appeared in the city in August 2014. While Sinjar has been freed since then, he has stayed near Lalish to continue his job as a guard there.