On German Yazidis, the “birthplace of civilisation” and a ban on wearing blue 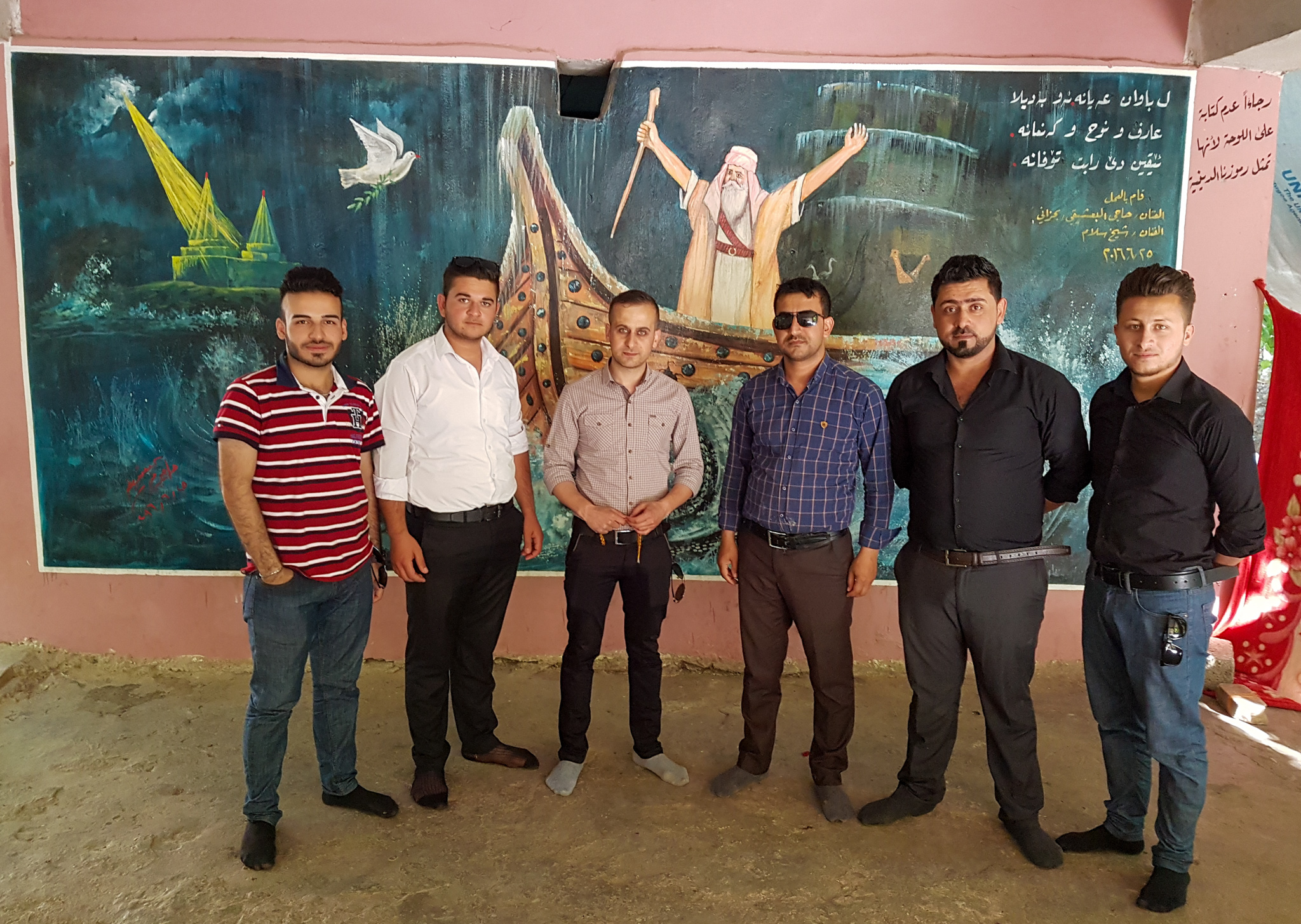 Karim (in the middle) and his brothers and cousins were visiting the holy site at Lalish. Here they are standing in front of a mural depicting Noah’s Ark. Yazidis believe that Noah’s Ark first hit dry land at Lalish, and therefore they regard it as the birthplace of civilisation as we know it and as the holiest place on earth. Lalish and its temples are about 4,000 years old. Its main temple was built by ancient Sumerian and other early Mesopotamian civilisations. In 1162 the temple became the tomb for Sheikh Adi Ibn Musafir, considered by Yazidis to be an incarnation of the “peacock angel” – one of seven holy beings to whom god entrusted the world after creation. Yazidis are expected to make a pilgrimage to the site at least once in their lifetime to drink holy spring water.

Karim and some of his relatives have been living in Cologne, Germany for many years, but he misses his homeland and likes to come back as often as possible. With up to 200,000, the Yazidi community in Germany is the largest outside Iraq, but there are also minorities in Russia, Turkey, Iran, Syria, Armenia and Georgia.

The Yazidi belief system is very rigid. It forbids converts and demands that Yazidis abide by a strict caste system–a vestige, along with a belief in reincarnation, of their time in India thousands of years ago—that prohibits not only marriage with non-Yazidis but also intermarriage between the castes. (According to some accounts, the Yazidis fled from Kurdistan to India long ago, whereas others claim they originated from there.) This exclusiveness is underscored by the belief that Yazidis only stem from Adam, while other humans are the offspring of both Adam and Eve. Also, wearing the colour blue is taboo, as is eating lettuce. As many diaspora Yazidis, Karim and his family are adhering to most of these rules quite strictly. Apart from the wearing blue thing, which they said is not that important.