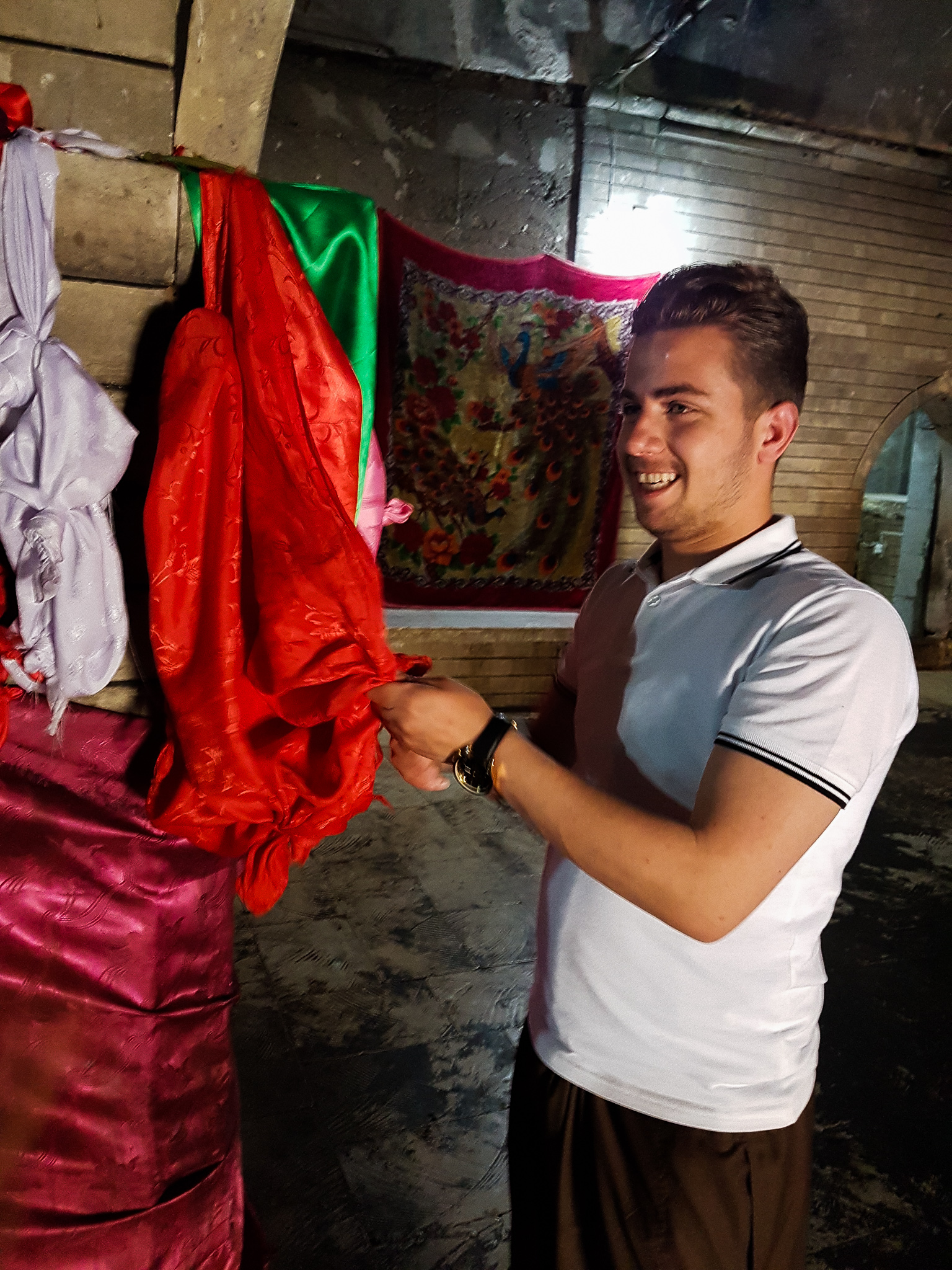 This young man was staying at the holy Yazidi shrines of Lalish, helping the priests with their service and processions. He had come as a refugee as his home town was overrun by ISIS on their tempestuous advance across Northern Iraq in the summer of 2014. He lost many of his relatives, who were killed or enslaved by ISIS and like many other Yazidi refugees at Lalish, he subsequently dedicated his life to his faith and his fellow believers. Here he is untying knots in scarves that hang around the holy tombs of revered Yazidi sheikhs. Each knot represents a prayer, and Yazidis believe that untying the knot of an earlier pilgrim will grant that person his or her wish. As ISIS tried to convert Yazidis to Islam, refugees or those who were freed for ransom are first sent to Lalish to strengthen their faith again, as many of them are considered “brainwashed”, as I was told.

The Yazidi religion, which is older than Judaism, blends Zoroastrianism and Mesopotamian rituals with Christian, Jewish, and Sufi influences, centres around seven great angels led by Malik Taus (or Tawsi Malik), also known as the Peacock Angel or, less charitably, Shaytan—Satan. Unlike members of the three great monotheistic faiths that consider Satan a fallen angel, the Yazidis believe that he was forgiven, his tears of redemption so voluminous that they extinguished the fires of hell. And in the same way that Muslims turn to Mecca to pray, Yazidis face the sun.

It is for such reasons that ISIS followers, and others before them, consider Yazidis devil- and sun-worshipping apostates. Thus, Yazidis are no strangers to persecution. They’ve endured it at least 72 times in their history, they say. The ISIS persecution, which culminated in mass killings around Mount Sinjar in the summer of 2014, marks number 73.