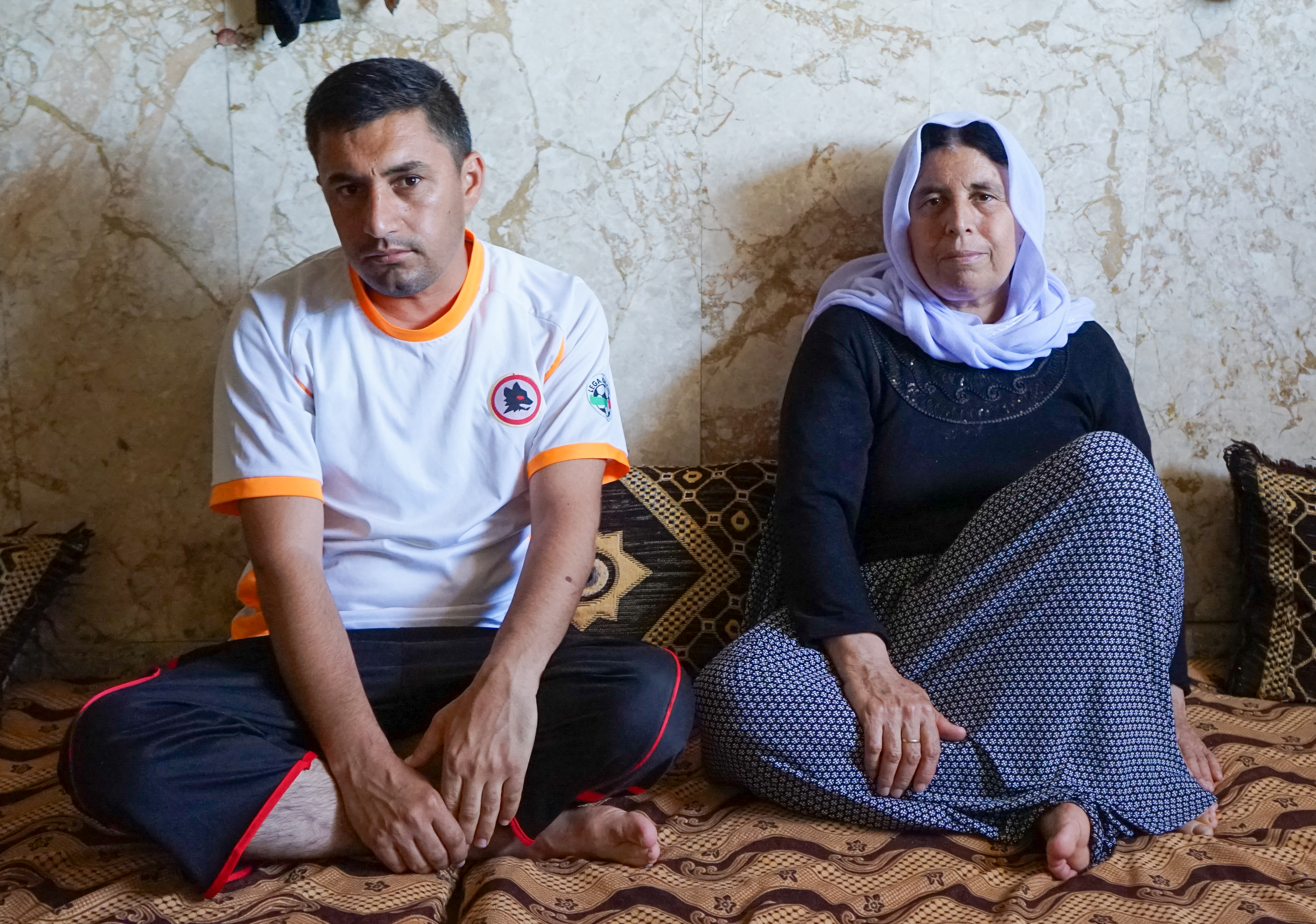 When ISIS overran his village in the summer of 2014, this man was packed on a truck with the other local men, driven out of town and shot. According to him, everyone around him died, including his brother. But he was only injured. He feigned death, and after the ISIS murders had left the site, he managed to save himself by passing over to nearby Peshmerga positions. His mother, sitting next to him here, was taken by ISIS and displaced to Syria where she was forced to work for the Jihadist militants. She was eventually freed by YPG fighters, spent some time in a Syrian refugee camp and was subsequently reunited with her son in an informal refugee shelter in Sharya near Dohuk.

ISIS massacred more than 5000 Yazidis in August 2014 in what the UN has recognised as a genocide. Thousands are still missing, and hundreds of thousands have been displaced. 300,000 Yazidis currently live in refugee camps or informal settlements scattered across Iraq’s northern Kurdistan region, particularly in Dohuk governorate. Their poor living conditions, lack of stability in the region, and a constant sense of fear and insecurity are making a physical and emotional recovery more difficult for the genocide survivors.