Healing the traumas of war and slavery 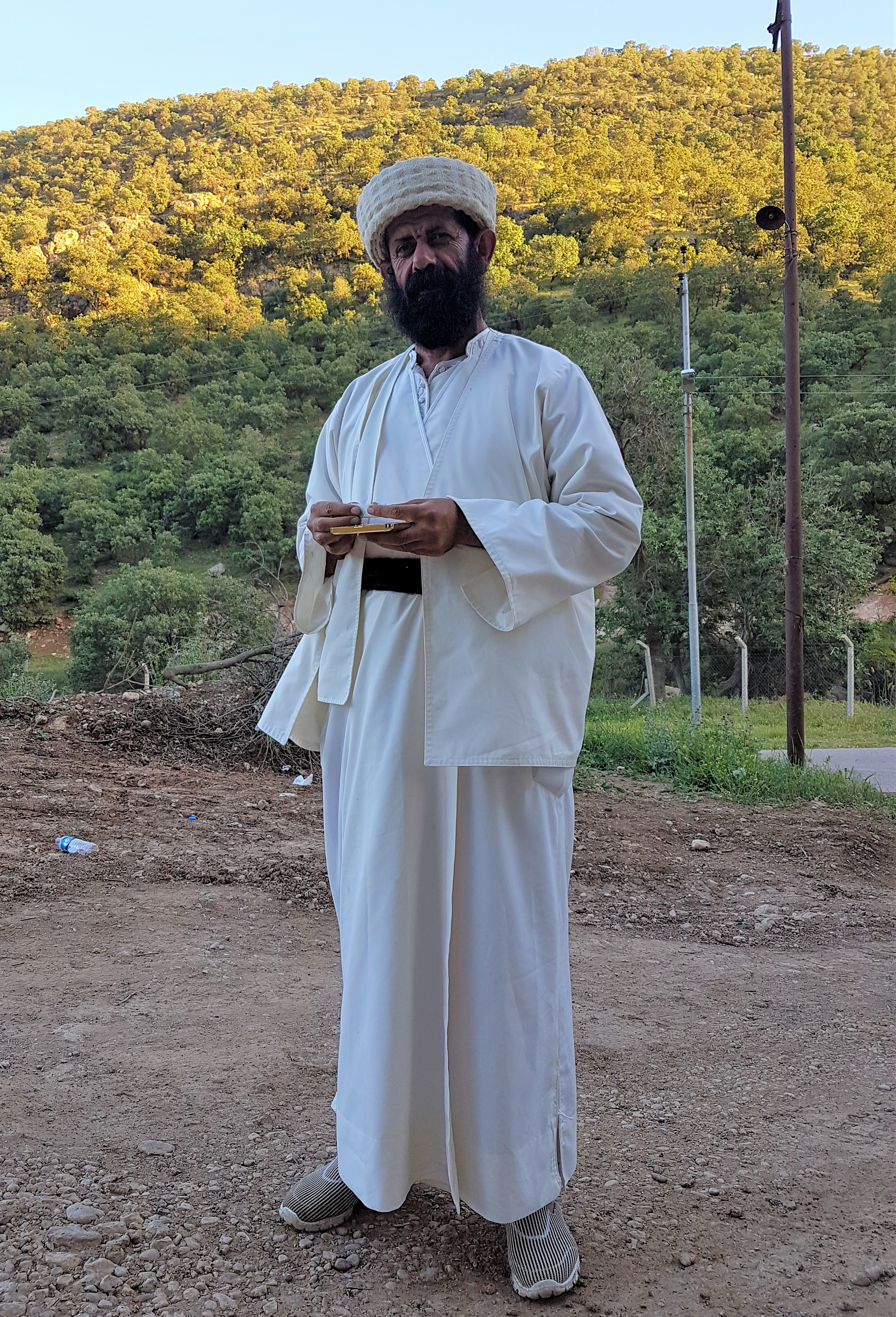 Baba Chawish was tending to the chicken in his garden when I met him. With the aura of a sage, he combines the intensity of a preacher with laid back hippie-like vibes. He was rolling a strange type of cigarette, donning the playful smile of a jester.
As the spiritual leader of the shrine at Lalish, he is one of the most influential Yazidi clerics. The sanctuary is the most important religious site of the Yazidis in the world. It has become a focal point for Yazidis fleeing from ISIS and a for their reintegration into Yazidi community after the horrors of captivity, such as sexual slavery. Thus, Baba Chawish is not only overseeing religious ceremonies but at the same time lending post-traumatic and psychological support at a site that has become a place of healing.

This also includes welcoming women back into the Yazidi community who have been abused by ISIS. A new practice for which the ancient religion adjusted its strict dogma prescribing that Yazidi women who have had relations with non-Yazidis be expelled from the community and never be allowed to return to their faith.

When I recorded a statement of him, he took the opportunity to thank Germany for their help to the Yazidis during their darkest hour in recent history: thousands were killed or enslaved by ISIS when their lands in Northern Iraq got overrun by the jihadists in August 2014. Germany has taken by far the most Yazidi refugees and sent vital humanitarian and military help.

“Thanks so much to the German government. They took such good care of our refugees. Providing military and medical aid and letting them go to school. They were one of the first to react after the Sinjar massacre in August 2014. No other country has done more for the Yazidis. I am thankful from the bottom of my heart.”