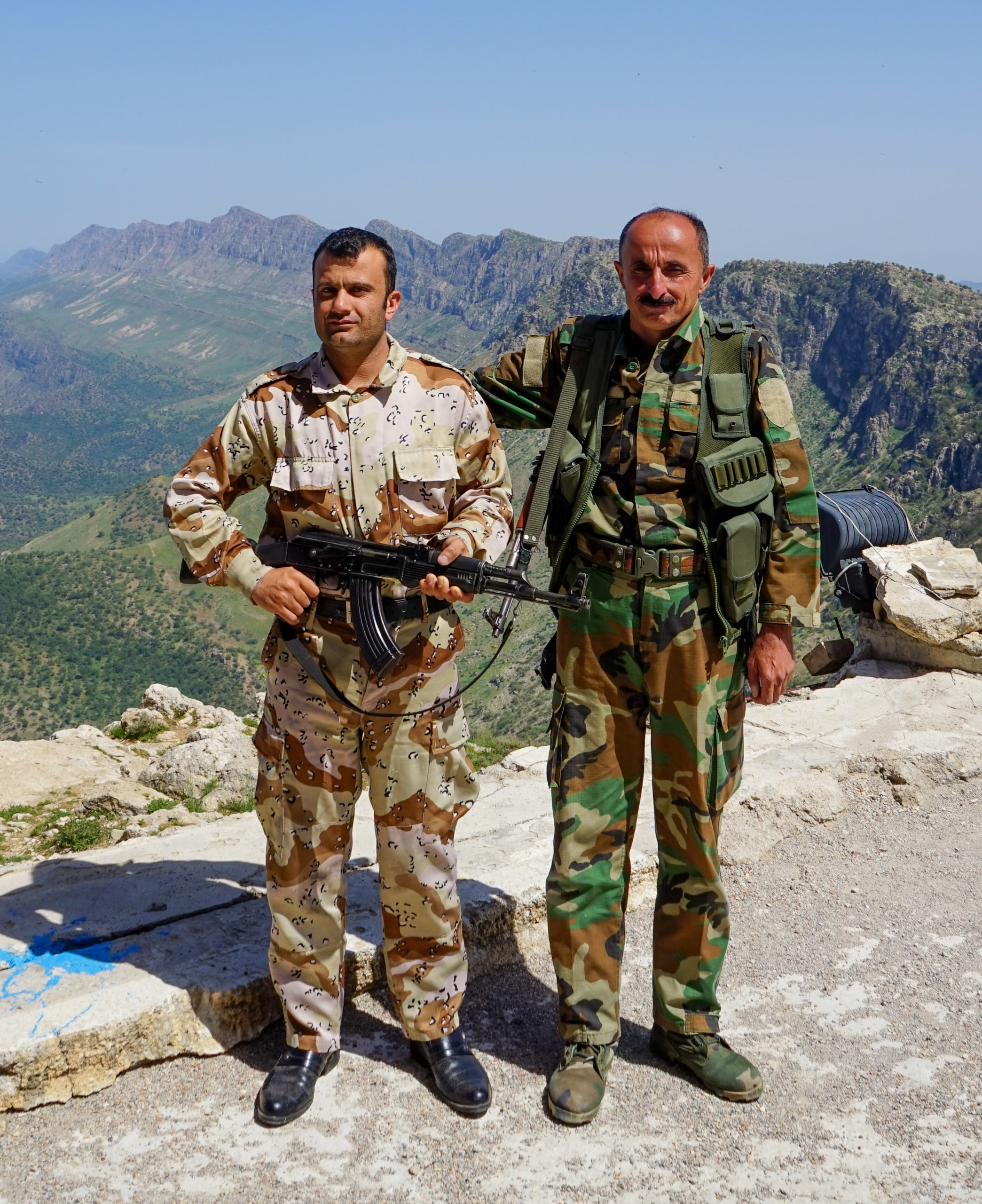 These two old Kurdish Peshmerga soldiers were stationed to guard the ruins of Saddam Hussein’s former mountain palace in Northern Iraq in May 2017. While younger Peshmerga were fighting the new threat, radical Islamism in the guise of ISIS, they kept watch on their deceased Iraqi foe’s old hideout. They had a rather quiet job, as the only visitors they seemed to encounter was the odd mountain eagle resting on the wrecked roof of the once splendid Babylonian style palace.

For the construction of this holiday home in the 1980s, Saddam’s men razed all nearby Kurdish villages to the ground. The walls were decked with Italian marble and green tiles from Siena. The luxury mansion in the style of a Bond villain’s mountain lair is placed on a strategic spot on top of mount Gara, one of the highest peaks in the region. At 2150m overlooking hundreds of kilometres, this was surely meant to stand as a symbol for Saddam ruling, controlling and watching his rebellious Kurdish subjects.

After the US defeated Saddam in the first gulf war and a no-fly zone was introduced in Kurdistan, Kurdish militias looted the palace during an uprising against their oppressor in March 1991. Since then, the building is in a state of heavy dilapidation with bullet-ridden walls and a half-blown away staircase.

Rusty signs warning of mines surround the site and the road leading up there. Saddam had planted hundreds, if not thousands of land mines to discourage trespassers of any kind. Nevertheless, the two guards could probably not find a more idyllic and peaceful place to work.