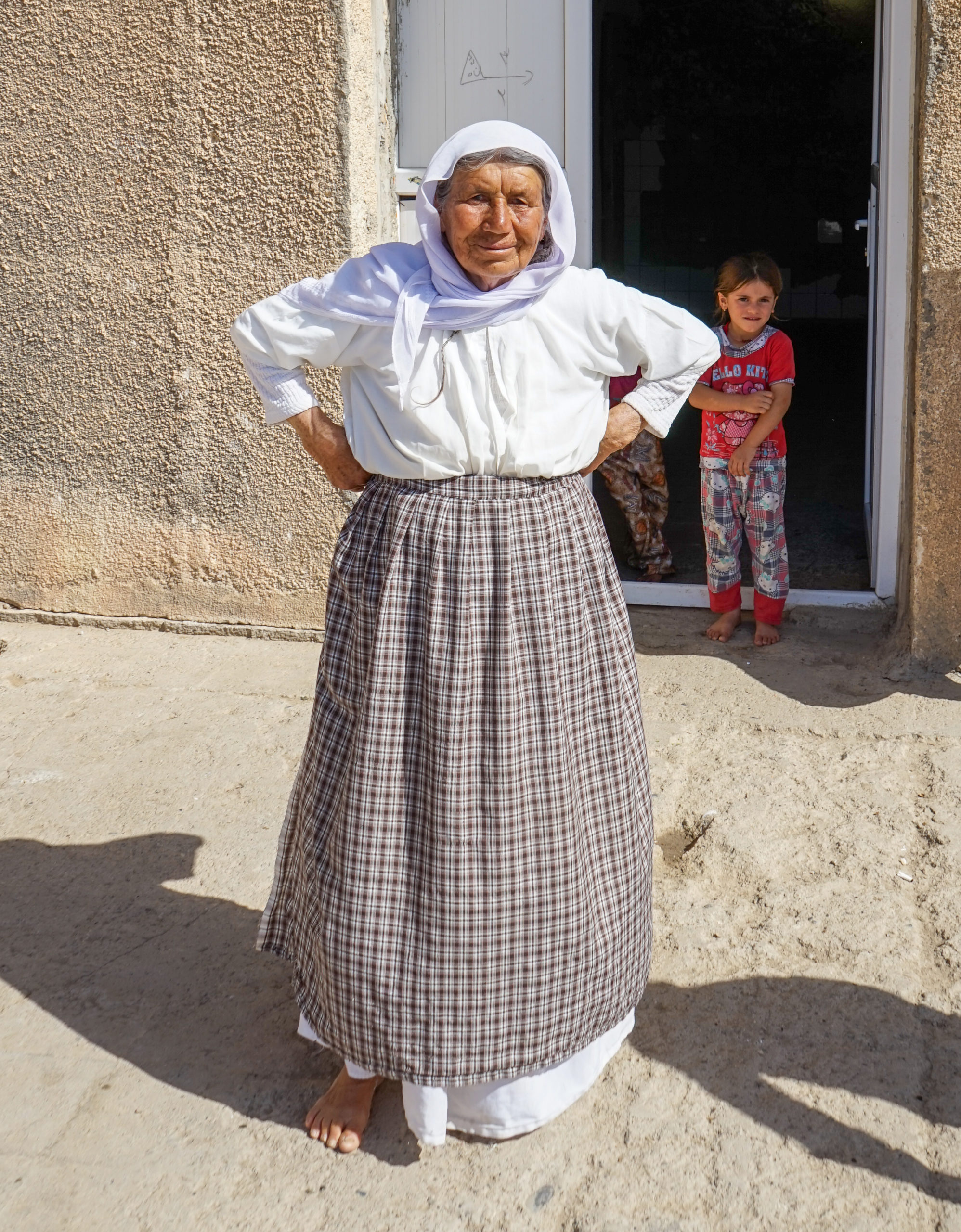 This old lady and kid are part of several Yazidi refugee families who found refuge in the changing rooms of an old swimming pool in the small town of Sarsink. They had managed to flee from ISIS who had conquered their native Sinjar in the summer of 2014. The rather unusual refugee shelter includes an abandoned 10m high diving tower in the shape of the Olympic rings.

A different group of refugees has founded Sarsink itself. 26 Assyrian families from the Hakkari region of Turkey who survived the Assyrian Genocide settled there in the early 1920s. During the Assyrian Genocide (1914-1924), which took place in parallel to the better known Armenian Genocide, Muslim Turks and Kurds killed over 300,000 Assyrian Christians. In the 1970s and 80s, Sarsink got into crossfire during the conflict between Kurdish guerrillas and Iraqi government troops. Subsequently, the village was occupied by Saddam’s military. The fancy swimming pool was most likely built for the army during those times. (Shots from May 2017)