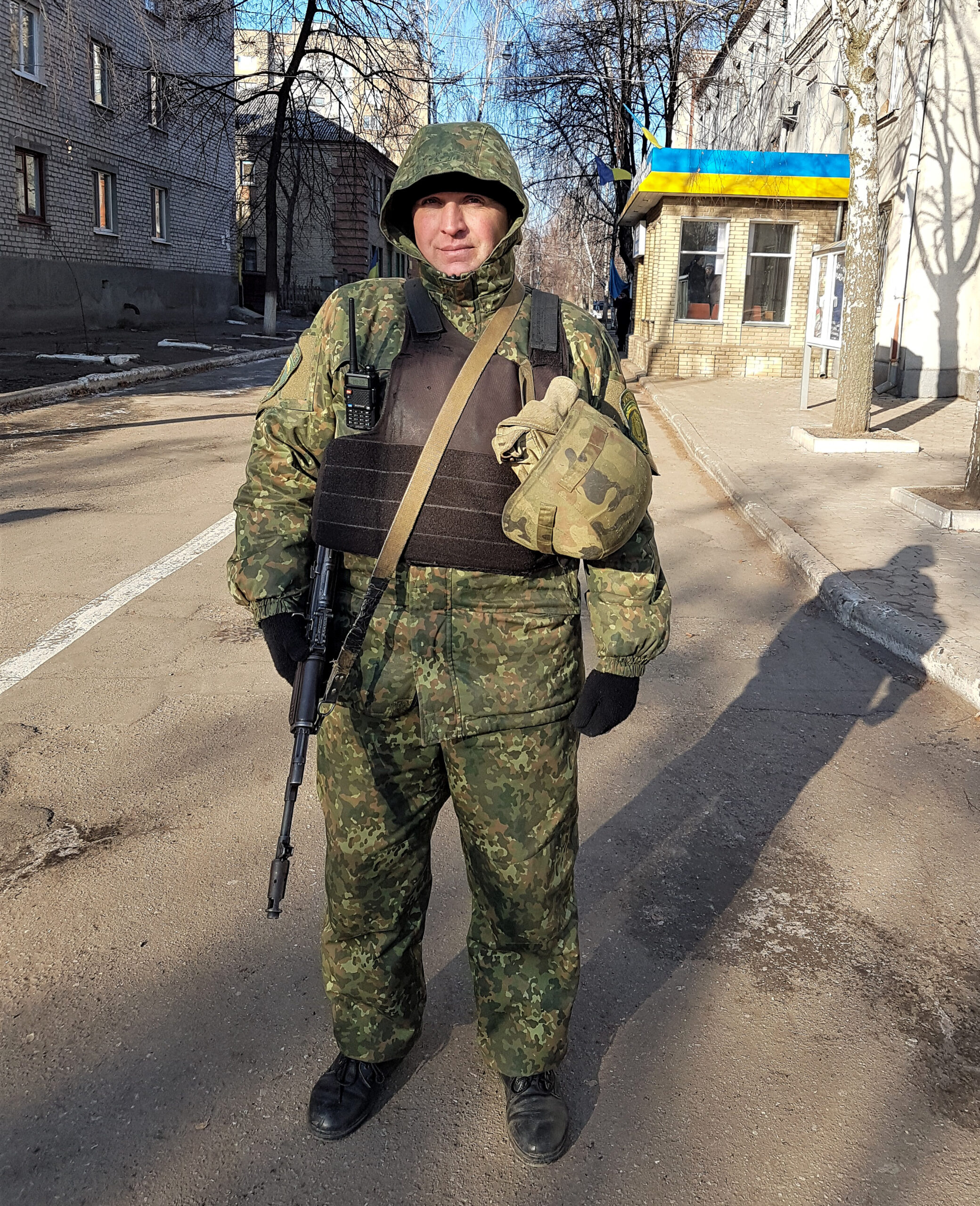 Andrey is a Ukrainian military police officer guarding the police headquarters in Sloviansk in Donbass, Ukraine. The occupation of this building by Russian-instigated separatist militias in April 2014 initiated the establishment of pro-Russian authorities in Sloviansk, followed by other cities of Eastern Ukraine, ushering into the war in Donbas, which is still going on today.

Andrey was exposed to massive shelling in his native Debaltsevo during the battle there in February 2015. He claims to have been witness to several unreported atrocities of the Russian and separatist military. He believes that Ukraine might not have as many soldiers as Russia, but their belief and dedication is much stronger. That is why he believes Ukraine will manage to regain its lost territories in the long run.