On Chechen brothers and Russian superstition 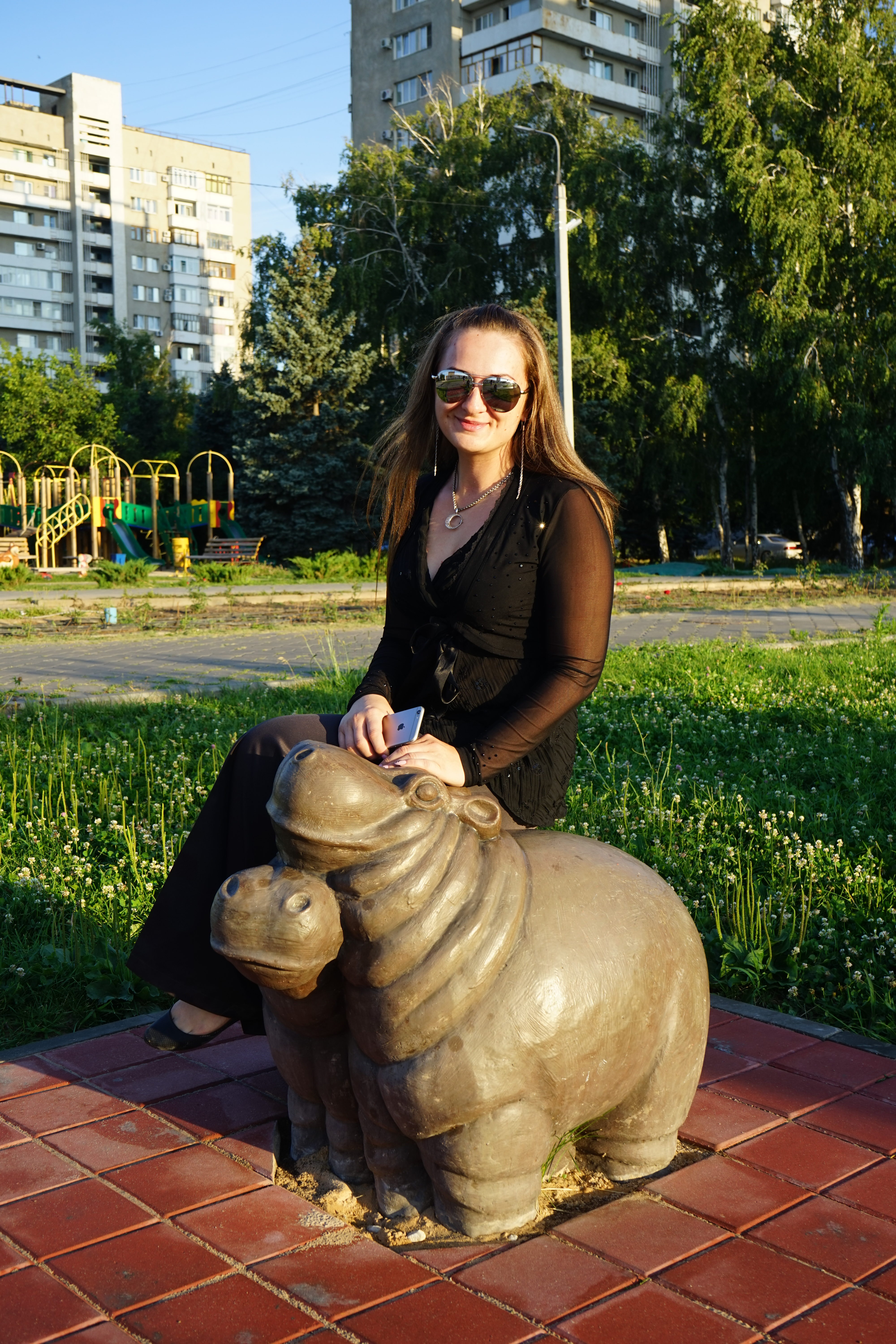 Zarina is originally from Chechnya and now lives in Volzhsky, a town not far from Volgograd. She came there “just before the war in Chechnya broke out”. Many of her relatives stayed back home to fight. Her brother used to be one of Chechen president Kadyrov’s main bodyguards and now has a high position in the special forces of the Caucasian republic. She proudly showed me photos of him camouflaged and with assault guns or in the company of Kadyrov. She likes going to parties, but unlike all her Russian friends, she never drinks, sticking to her Muslim faith.
Here she is sitting on a monument called “two hippos in love”. She explained that it brings good luck to touch their mouth and then take a seat on them. It is one of several similar bronze monuments in the centre of Volzhsky, including a water spitting golden fish, an academic “Pushkin cat” in gown and mortarboard, some chipmunks, who were allegedly singing in the steppe when the city was founded and a socket made of bronze where one can charge up on the energy of money by putting ones fingers inside it. Russians seem to love turning monuments into objects of superstition. Usually this involves touching some significant parts of the monument for good luck, such as the nose of the creature the monument impersonates.