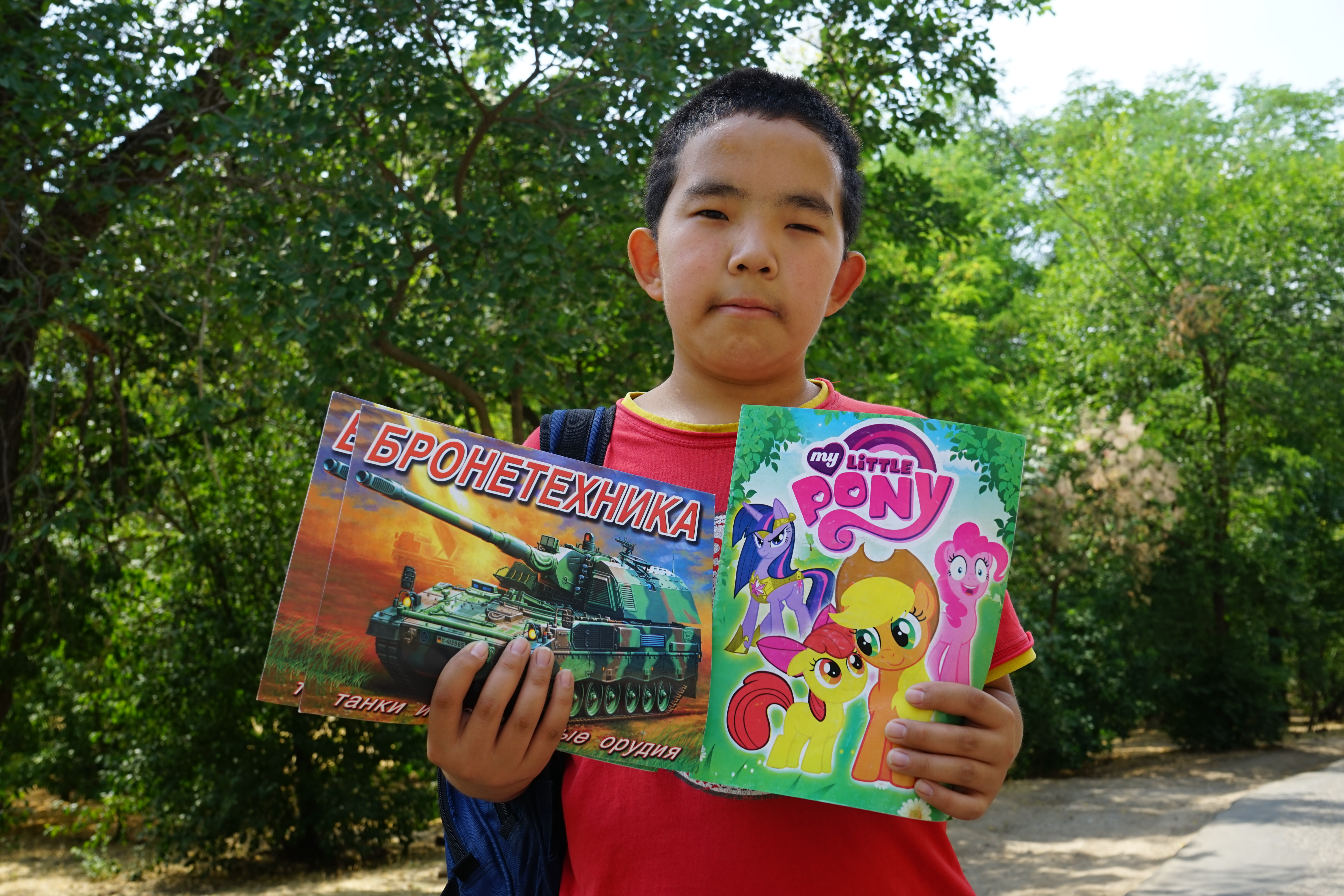 Yuka was roaming the central Druzhba (friendship) park in Elista (Kalmykia) to sell magazines. He only had two issues on offer, one for boys and one for girls (which one is for whom I let you figure out). He also claimed to have built several businesses already, such as a little corner store. His goal is to buy a car from the money he earns. He also said that he had put a lot of money on Russia winning the world cup. Let’s hope he didn’t invest too much