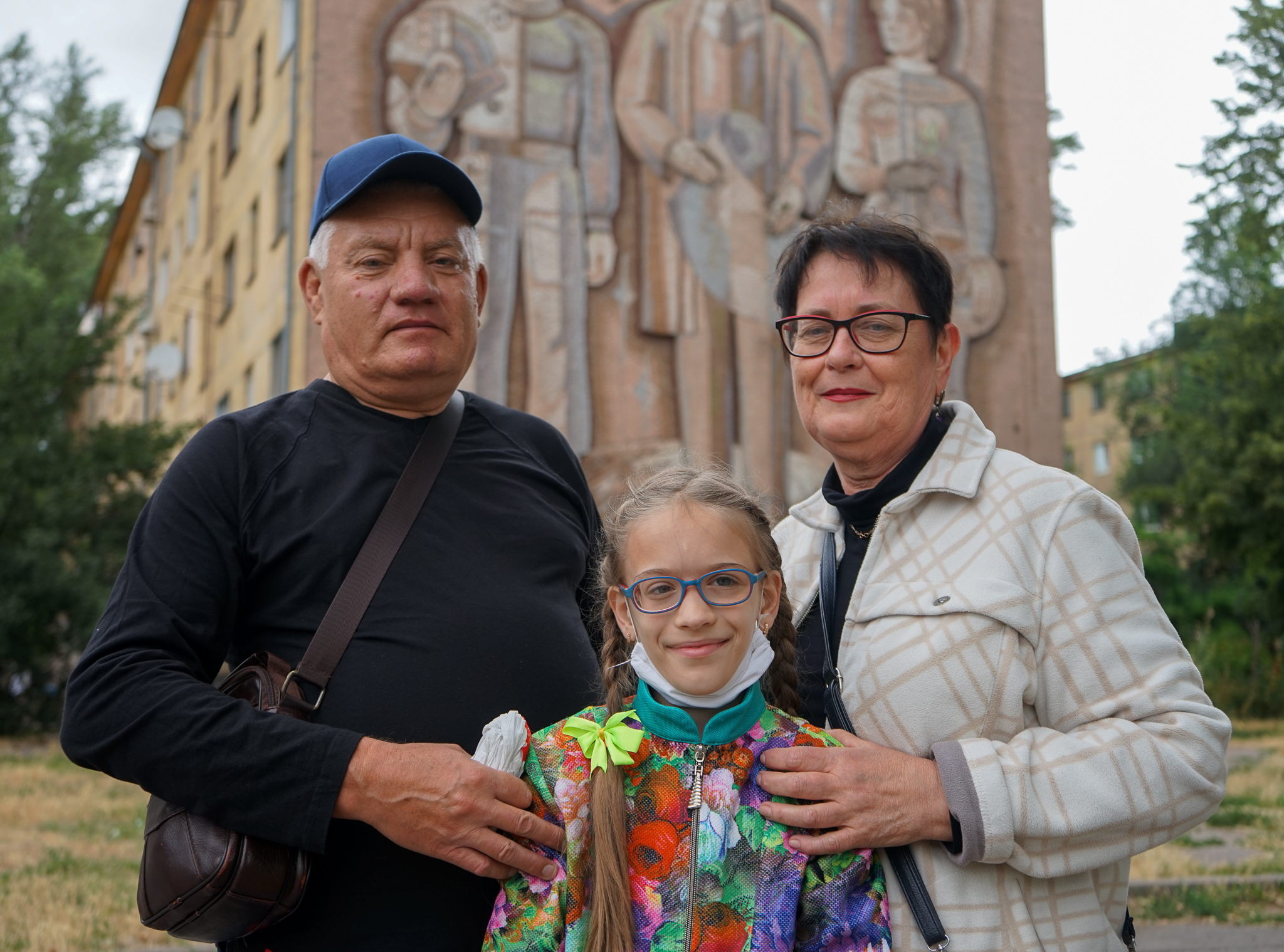 These are Alexandr and Svetlana with her granddaughter Sofia in the centre of their home city Kriviy Rih in Eastern Ukraine. The largely Russian-speaking city is a major iron ore mining hub and the hometown of President Zelensky.

During Soviet times, Alexandr was stationed in Kaliningrad in a nuclear rocket unit. “Once there was an alarm and we thought the Americans would attack us. It was super scary. Crazy to think about how many people we would have killed if we had pressed the button to shoot our nuclear rockets. Isn’t it terrible that they built so many rockets which could have destroyed the entire world? They spent so much money on building nuclear warheads. And in the end, after 1990, they destroyed most of them again. Think about how many good things they could have done with this money!”

“Soviet life was not bad. You could live fairly well, you had security. But they spent too much money on weapons. And then Gorbachev came and fucked it all up. Otherwise, we could still be this great country. China managed to do it! To do both capitalism and communism.”
Alexander’s wife interrupts him: “But China is not free, and what’s happening with the Uigurs is terrible!”

But they can agree on one thing. That they hate Putin and consider themselves Ukrainian patriots. “Putin is dangerous. He is like Hitler. What the Russians have done in Donbas is terrible. We need to be strong to stop them and fight them. We trusted in the Budapest memorandum and gave away our nuclear weapons for the guarantee of our territory. That was very stupid in hindsight.”

Svetlana recounts that she went to Russia in 2014 and how she was shocked how people there believed that Ukraine was run by fascists. “I told them that those were lies. Some of them did believe me, but not all.”

Their granddaughter Sofia just finished the school year. She was on holiday and stayed with her grandparents.