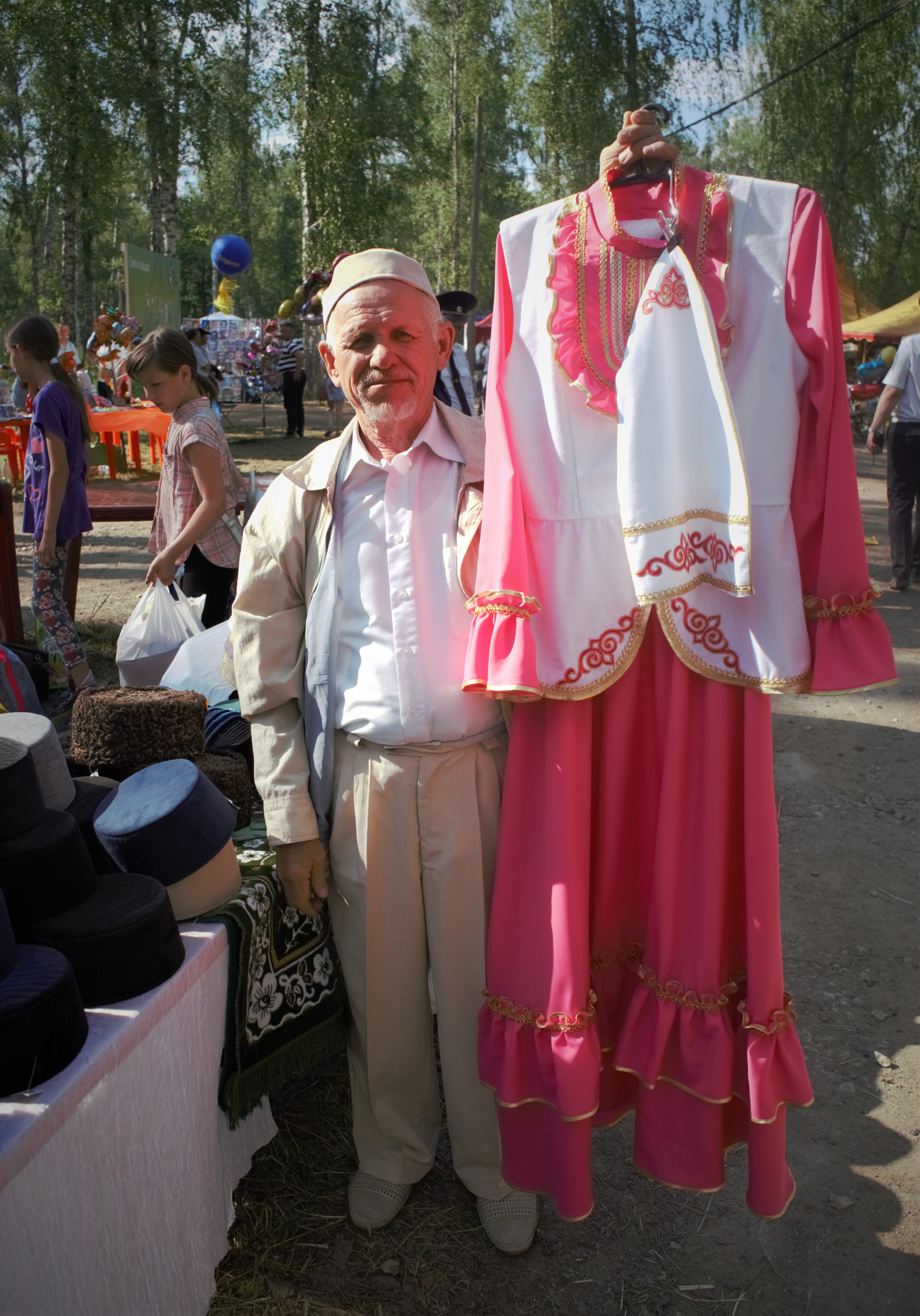 Damir is working for a company producing Tatar traditional dresses and tubeteikas (traditional Tatar heads for men) for many years. According to him, Putin and other important politicians have bought their tubeteikas and worn them on public occasions in Tatarstan. While he himself prefers the drab post-Soviet uniform of older men made up of beige trousers, jacket, shirt and leather shoes, he believes that a tubeteika is a must for Tatar men. He is also adamant that women should go for the traditional Tatar dress like this pink one, which is one of his personal favourites.