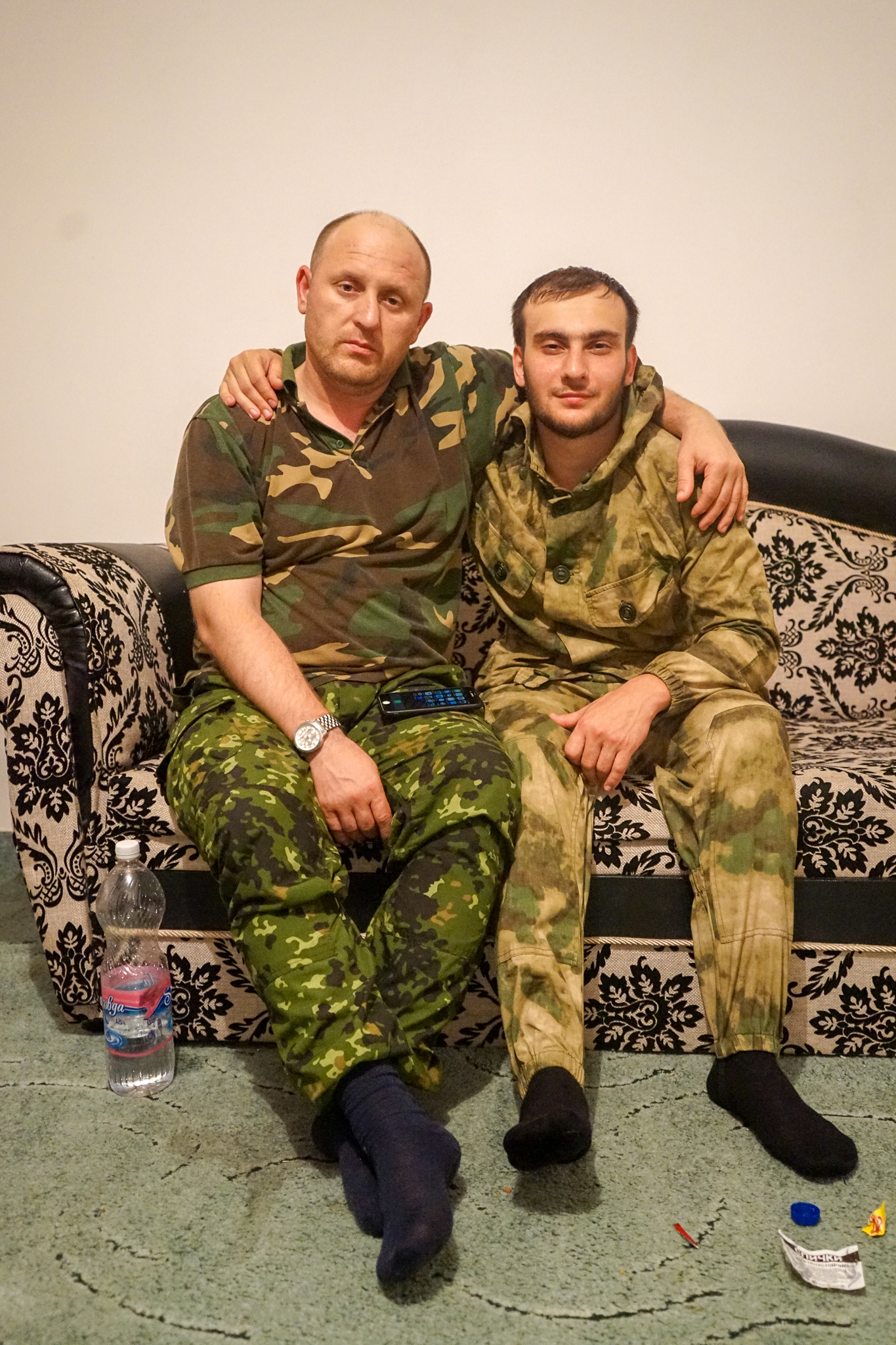 Iznaur (right) is a road police officer in Itum-Kale in the Argun valley of Chechnya. He is the right hand of his boss Nurdi, who is sitting next to him here. Their job in the mountains of Chechnya seems rather relaxed, as there is little traffic, so that Iznaur had enough time to drive us around the mountains for hours. On the other hand, the number of road fatalities is extremely high in Chechnya and the North Caucasus as a whole, as risky driving is deemed a sign of manliness. In fact, Nurdi lost his wife and child in a tragic car accident. Here they were off-duty, wearing their leisure clothing, which in Chechnya often happens to be combat overalls with camouflage pattern. “It’s convenient and looks good”, they commented on their garment. Indeed, being a real man is often synonymous with being a warrior in Chechnya. Iznaur also explained how it is normal and legal in Chechnya for men to have several wives. In fact, his father has two wives and he has a brother from the other wife of his father. He is currently looking for a wife himself and asked me how many I was aiming for. Having a big family is very important in Chechnya and Iznaur was raving about how it would never be a problem to be unemployed or sick, as your family would always help you out. There would also be no orphanages in Chechnya, as children would always be adopted by one of the big families. One thing that would be unacceptable though, is homosexuality. If his son were gay, he would bury him alive with his own hands, Iznaur explained.