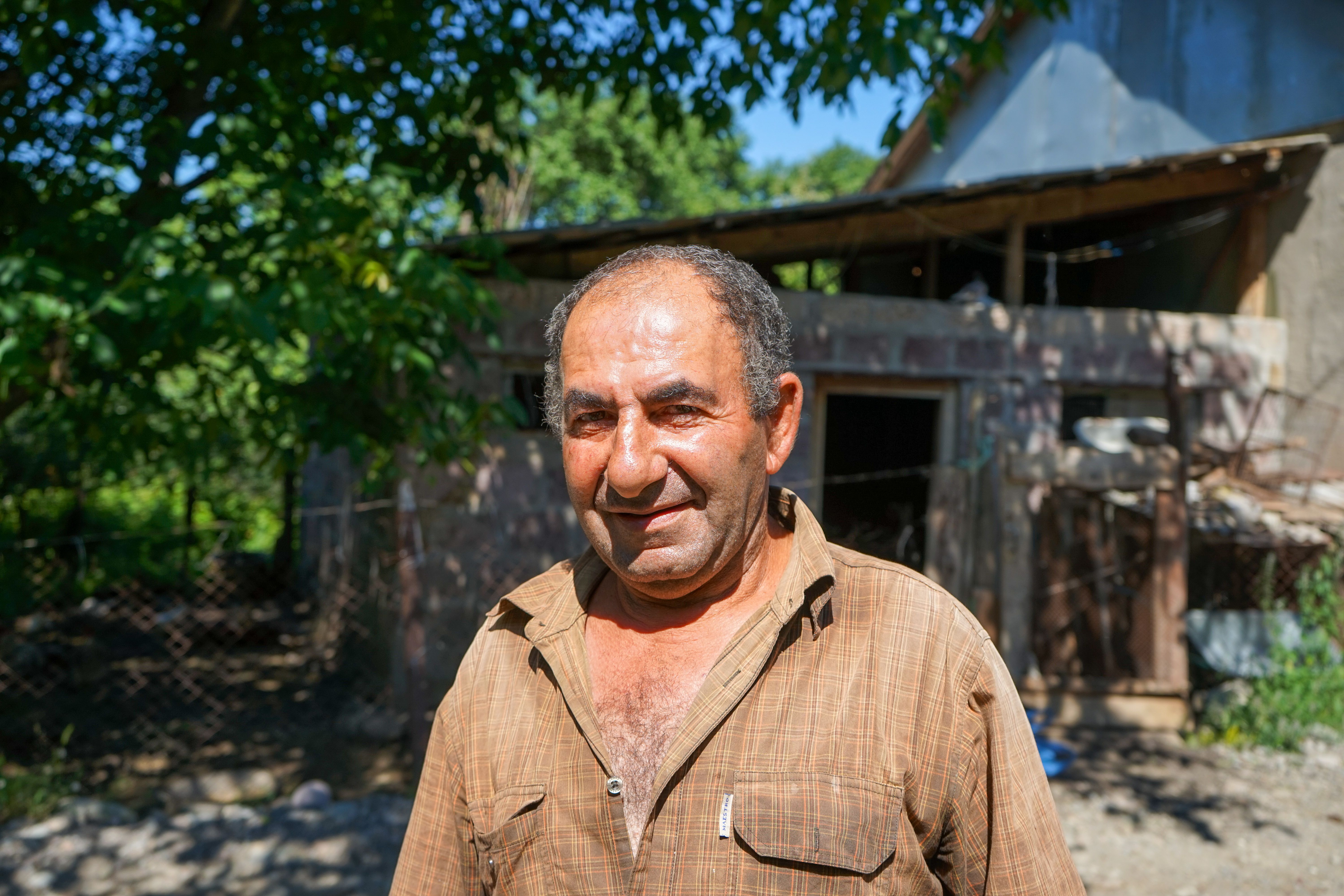 Givi lives with his wife, a little puppy and some chicken in a forlorn little house somewhere in the countryside in Southern Georgia. According to him there are few jobs in Georgia these days and his sons are working in Moscow and send money home. Givi has fond memories of his own time in Moscow 40 years ago. He was young and doing his military service. His exuberant descriptions of the USSR’s capital were reminiscent of the film Mimino, a classic of Soviet cinema from 1978 depicting the adventures of a countryside man from Georgia and his Armenian companion in the Russian metropolis.

Although some would call him a “black ass”, a derogatory term used by Russians for Caucasians, he had mainly good experiences with Moscovites. One day his mother called, telling Givi that she needed him home, as she was sick. So he packed his stuff and just left the army base without authorisation, making for the Kursky railway station. But there he was picked up by military police who arrested him as a deserter. He was brought back to the base awaiting harsh punishment. When they passed the officers who were having lunch, a magnanimous general that he had had friendly exchanges with before inquired on his fate and let him get away without punishment.