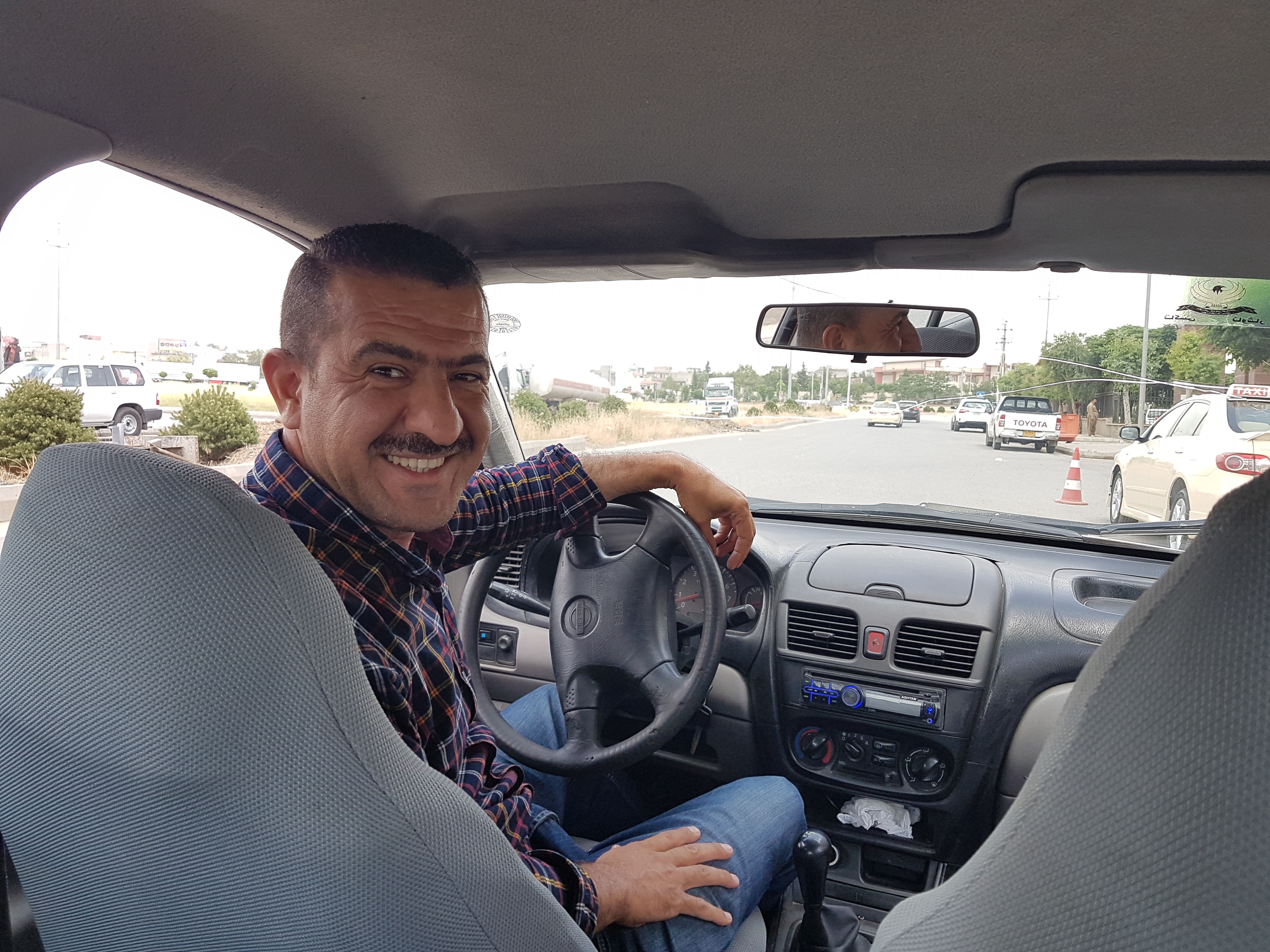 Havraz from Sulaymaniyah in Iraqi Kurdistan came to Germany in early 2016 at the height of the refugee crisis. He says that he wanted to escape some problems he had at home. He managed to make it to Greece by boat and reached Germany through the Balkan route. He then ended up in Erfurt. He says that he didn’t like it and that it was not good for Kurdish people there, as the culture in Germany is too different. This is why he is back in Sulaymaniyah now, working as a taxi driver.