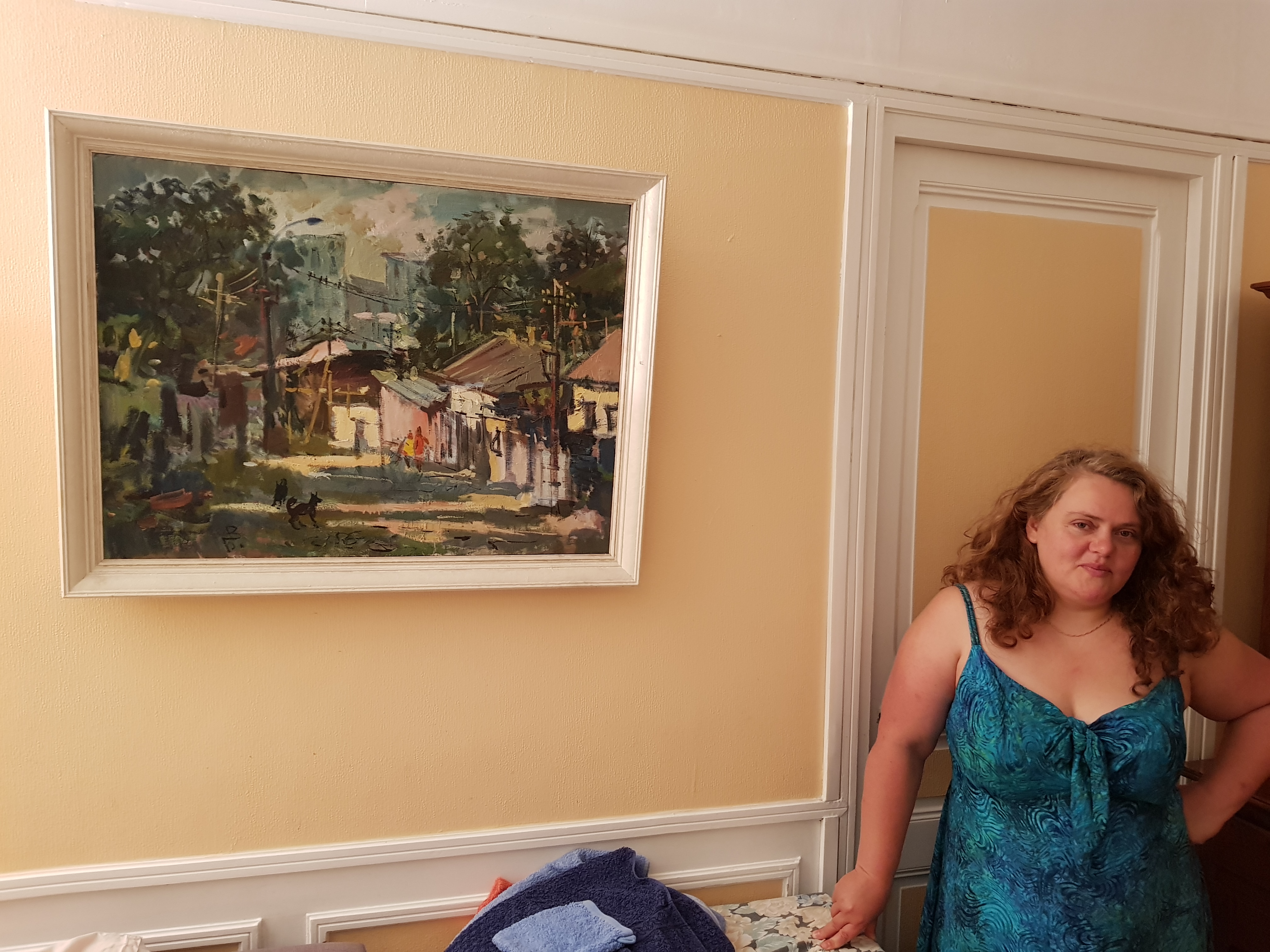 Faina is a political activist originally from Moldova, now living in Paris, running an NGO for lesbian refugees called “Lesbians Beyond Borders” (Les Lesbiennes Dépassent Les Frontières). Here she is seen standing in her little apartment in the 20th Arrondissement, next to a painting of Chisinau/Kishinev, the capital of Moldova. She was born there into a Jewish family, while it was still part of the Soviet Union. She later moved to Moscow, then to East Berlin, West Berlin and finally Paris, where she gained a degree at the university SciencesPo.

Almost her entire family was killed by Nazi execution squads (Einsatzgruppen) in Transnistria and Western Ukraine in 1941 – only her grandfather survived. The Jews of this region with their rich culture were almost completely wiped out through mass shootings, often with the help of Romanian and Ukrainian collaborators.

Faina has been studying the holocaust in detail and done extensive research on the fate of her family and talked to witnesses. In 2006, she went to Western Ukraine to the place where parts of her family were shot. Some of the witnesses of the killings were still alive but spoke to her only reluctantly. An old woman said she didn’t know and see anything, but she started to shiver so much that it was clear that she knew more. She finally explained how she saw the Jews being herded through the village past her house. They were led past her garden to the execution site. Another man who wanted money for providing information said that the Nazis made him remove the killed bodies after the killings. Faina suspects him to have been a collaborator who might have been up to much worse things.

She describes her work for persecuted lesbians from around the world as a way of coping with her family history. She has also hosted many refugees at her place. While her Jewish identity is very important to her, she is also a devout vegan, feminist and socialist.