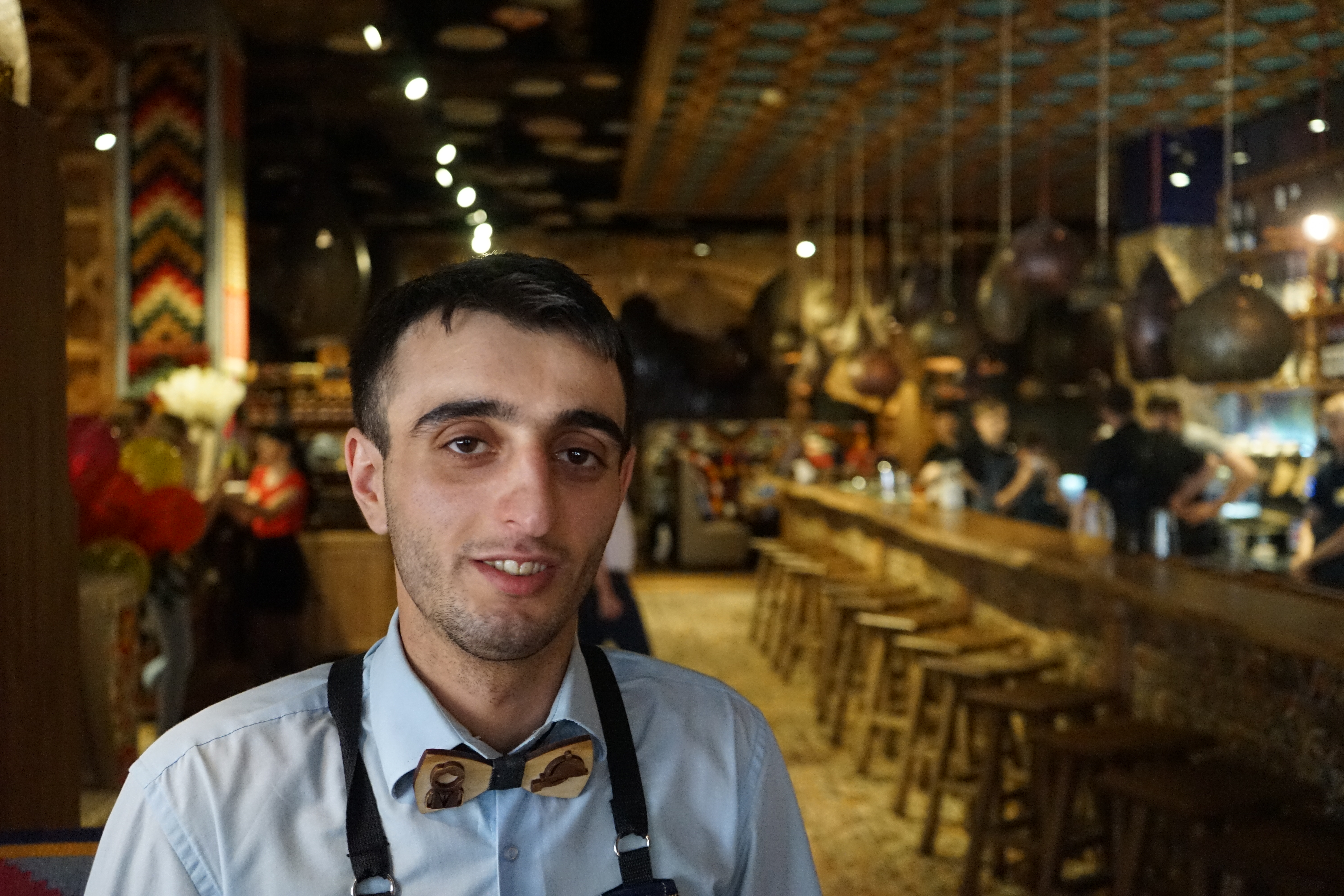 Barzani is a Kurd living in Saratov, where he is working as a waiter in one of the city’s finest Uzbek restaurants. His parents were born in Soviet Kyrgyzstan and his ancestors had moved from Syria to the USSR “due to political problems”.

Indeed, starting in the 19th century, many Kurds fled to the Russian Caucasus because of persecution in the Persian and Ottoman Empires. During the Armenian genocide 1915-1918, large numbers of Kurds, mainly of Yazidi faith, sought refuge in Russia. In 1926, the Soviet authorities established the Kurdistansky Uyezd/Okrug or “Red Kurdistan” on the territory of the USSR’s Azerbaijani republic. This Kurdish autonomous region, which was on territory currently controlled by the non-recognised Armenian Republic of Nagorno-Karabakh, was however dissolved in 1930 as the Soviets feared worsening relations with Turkey and Iran. At the height of Stalin’s Great Terror in 1937, all Kurds living in the Armenian and Azerbaijani Republics of the USSR war deported to Kazakhstan and Kyrgyzstan. Barzani’s family was most likely among them. In 1989 a project to rebuild a Kurdish autonomous region in Soviet Azerbaijan was launched, but the dissolution of the USSR precluded its realisation. Those Kurds who had returned to the territory of the former “Red Kurdistan” district were eventually displaced to Russia by the Nagorno-Karabakh conflict between Armenians and Azeris in the 1990s. Most of the Kurds in Central Asia and other Caucasian Republics equally moved to the Russian Federation, where there are now almost 70.000 of them living mainly in the country’s South (Krasnodar, Stavropol, Volgograd, Saratov regions).