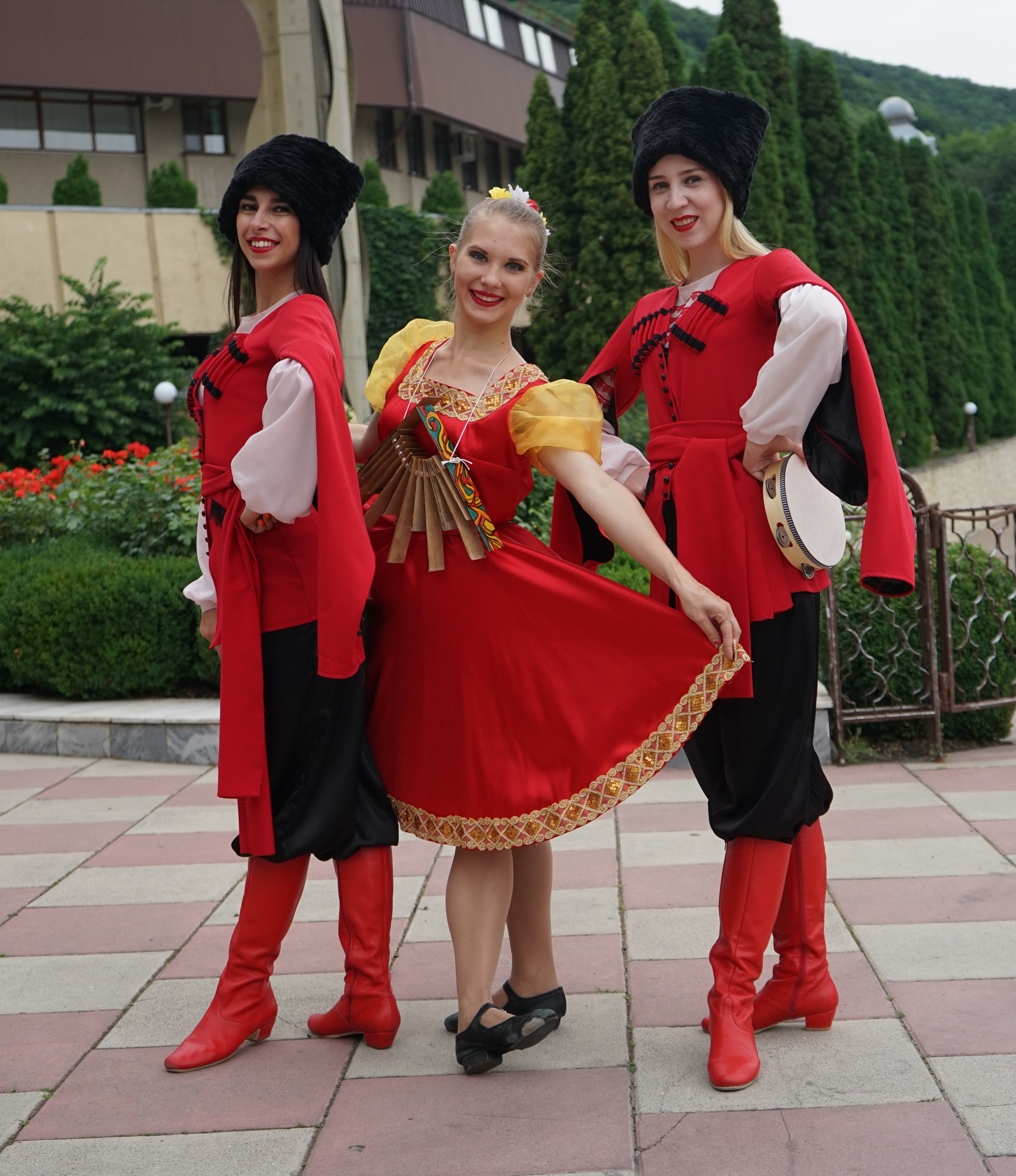 This troupe of young dancers in classic Caucasian attire are doing shows at old Soviet style sanatoriums in the traditional Russian spa towns of Piatigorsk and Kislovdsk in the Russian Caucasus. Both were favourites with the Russian tsars, aristocracy and artists like Tolstoi, Lermontov and Tchaikovsky. Later the Soviets opened them up for their elite but also for the average worker. Nowadays these spa towns exude the melancholic charm of a bygone era and are mostly frequented by pensioners who are nostalgic of the Soviet days.