A Short Trip to Transnistria 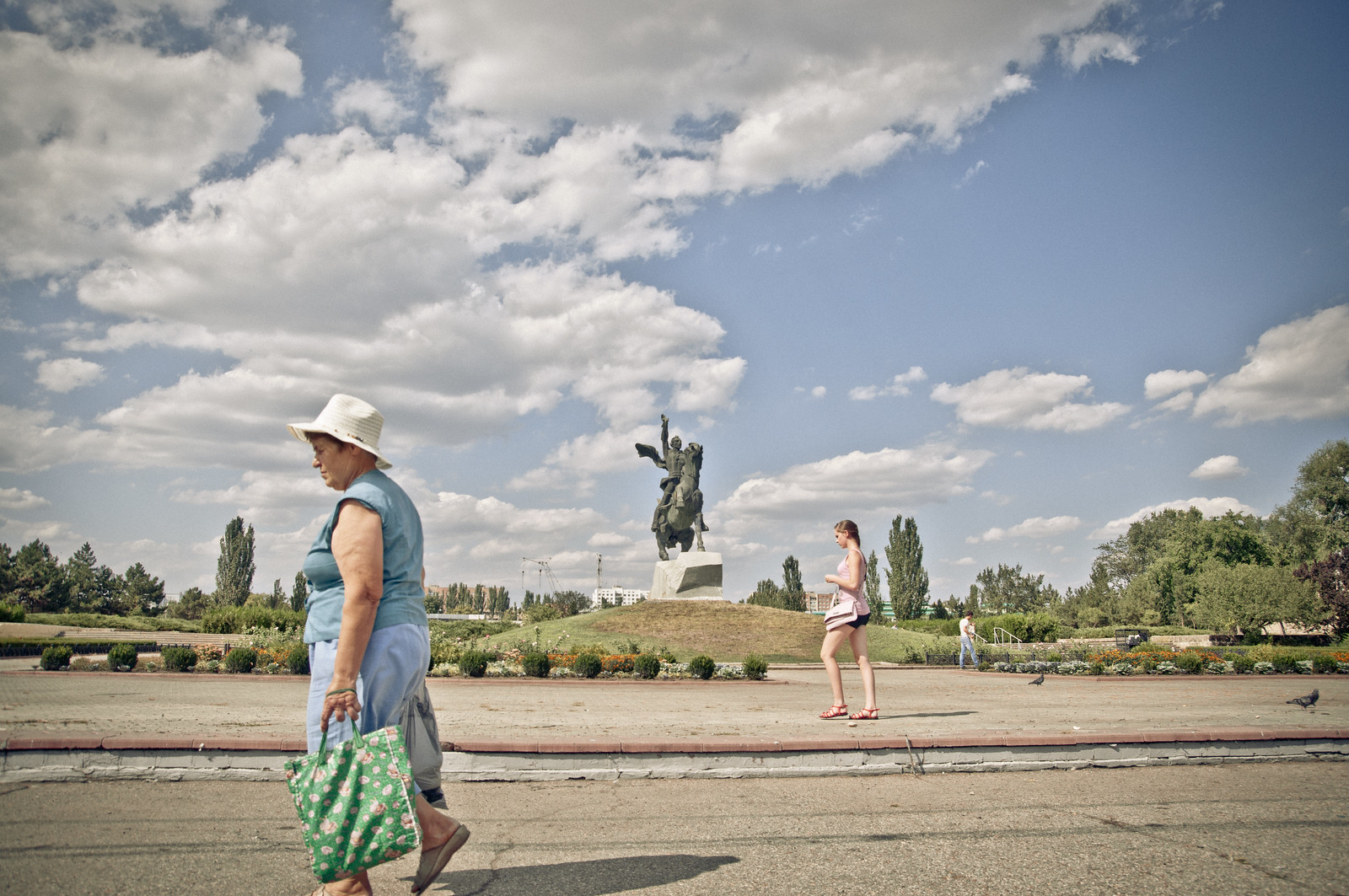 Less than 80 kilometres separate Chisinău from Tiraspol – one is the capital of Moldova, the leading country of the EU’s Eastern Partnership programme, the other is its counterpart in the breakaway region of Transnistria. The name already shows where this small strip of land is located: between the river Dniester in the west and the Ukraine in the east.

Comparable to other self-declared states in the post-Soviet space, such as Nagorno-Karabakh or Abkhazia, it also became de-facto independent, following a – far less bloody – struggle for independence at the beginning of the 1990s. Its population is also more multicultural, comprising one third Moldovans, Ukrainians and Russians respectively. Despite these figures, Russian is both the main official language and the dominant lingua franca 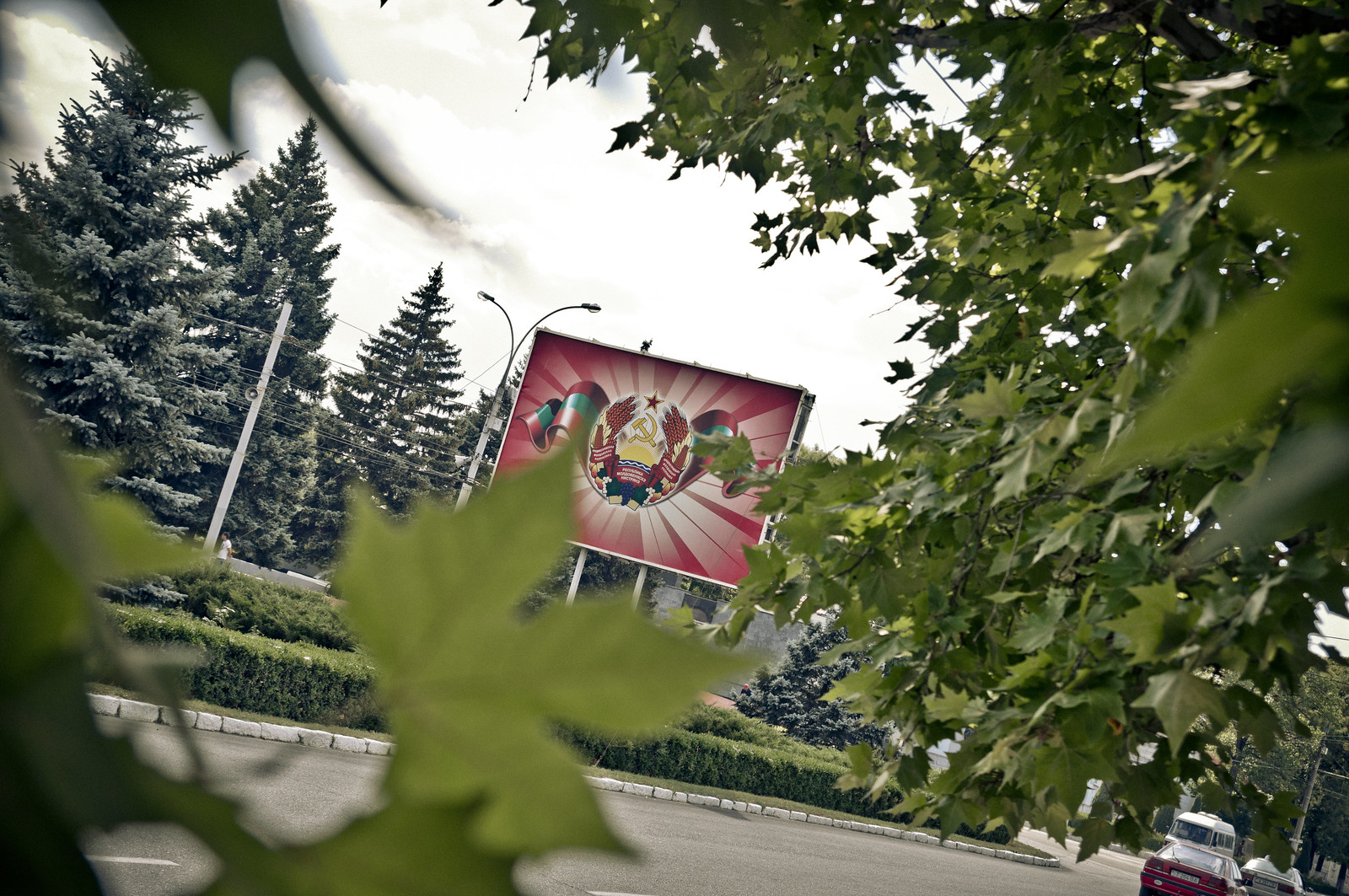 This fact is most visible when we enter the country by car or marshrutka: not only is the entrance form, the “talon”, available only in Russian and, for the handful of visitors that make it this far, surprisingly also in English, but every street sign is also written in Russian and the currency is the (Transnistrian) Ruble.

Already in Bender, located just behind the imaginary border, I recognized the Russian presence. Not only that Russian (and Ukrainian) peace corps observe the bridge over the Dniester in this second biggest city of Transnistria, I also spotted a graffiti written in big blue letters stating: “Russia – warrantor for peace and stability”, written in Russian of course. 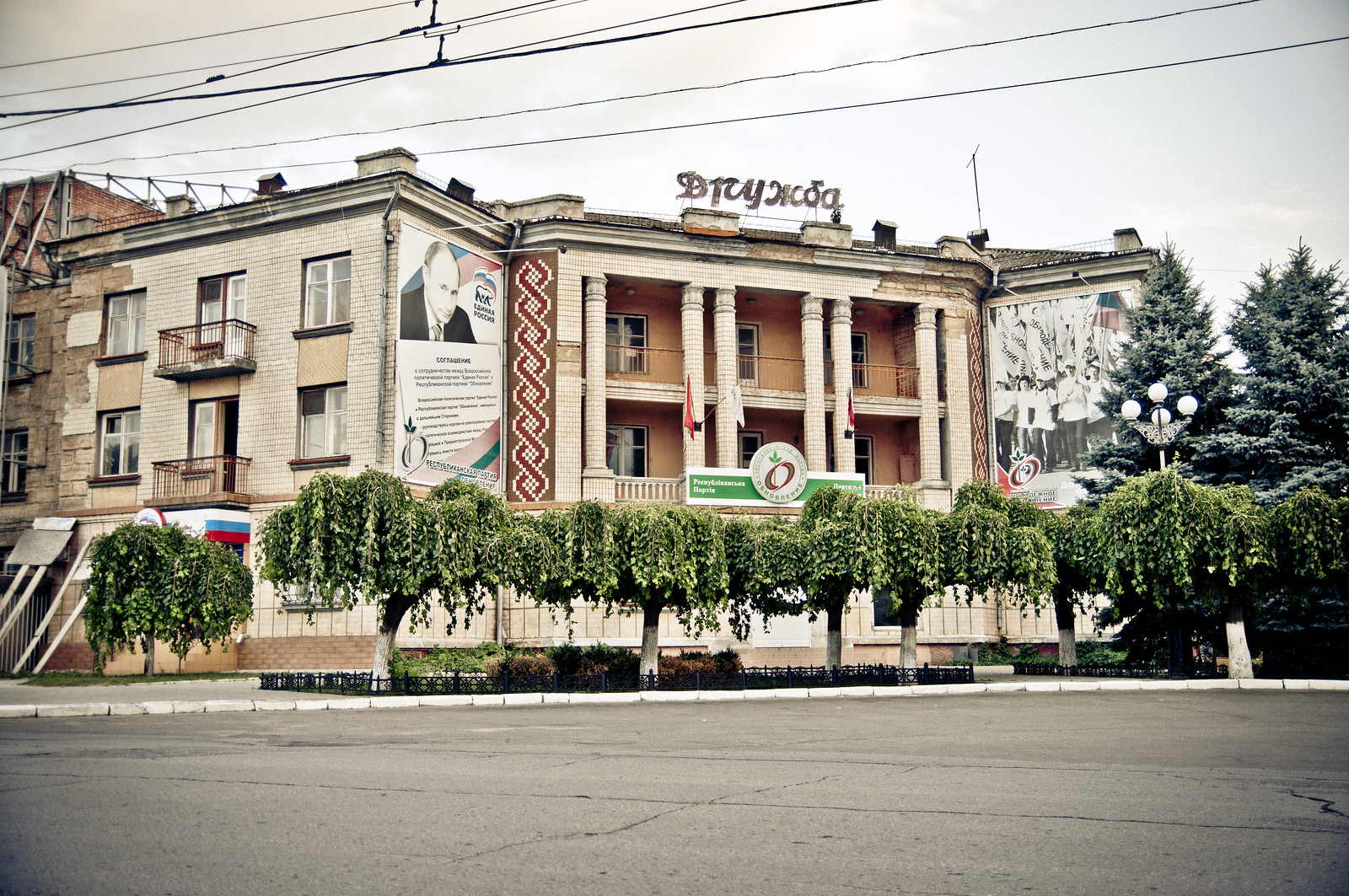 Putin is watching you

Yet the most impressive and somehow strangest picture of this Russian support is the office of “Yedinaya Rossiya” (“United Russia”), the leading party in Russia, in the capital city of Tiraspol just a few driving minutes later. I could see posters of past elections in Russia everywhere, encouraging locals to vote for Vladmir Putin. The reason for this is the fact that most of Transnistrian citizens hold a Russian passport. Without the strong support and ties to Russia, be it through economics or politics, Transnistria would be lost.

The first big surprise after the border – in the end rather easily passable for me – is Tiraspol. In contrast to most of the stories I had read on the Internet, the city is quite nice: clean and green, with less traffic and also fewer policemen. You can easily get comfortable here – and not only because of the cheapest prices for hard alcohol one has ever seen. Just the clear reminders of the Soviet past, such as huge banners in the “national” colours of red and green, red stars and Lenin-statues in the streets, made me realise that I was in a special place and not in Moldova or the neighbouring Ukraine.

Along the “Street of the 25th October” (the day of the October Revolution of 1917) one finds all those typically “Soviet” spots. This two-to-four lane-wide street begins at the impressive theatre and passes the “Dom Soviet” (the city hall of Tiraspol), the only two banks where you can use international credit cards, the statue of the founder of modern Tiraspol, Alexander Suvorov, and ends near the Transnistrian parliament building. 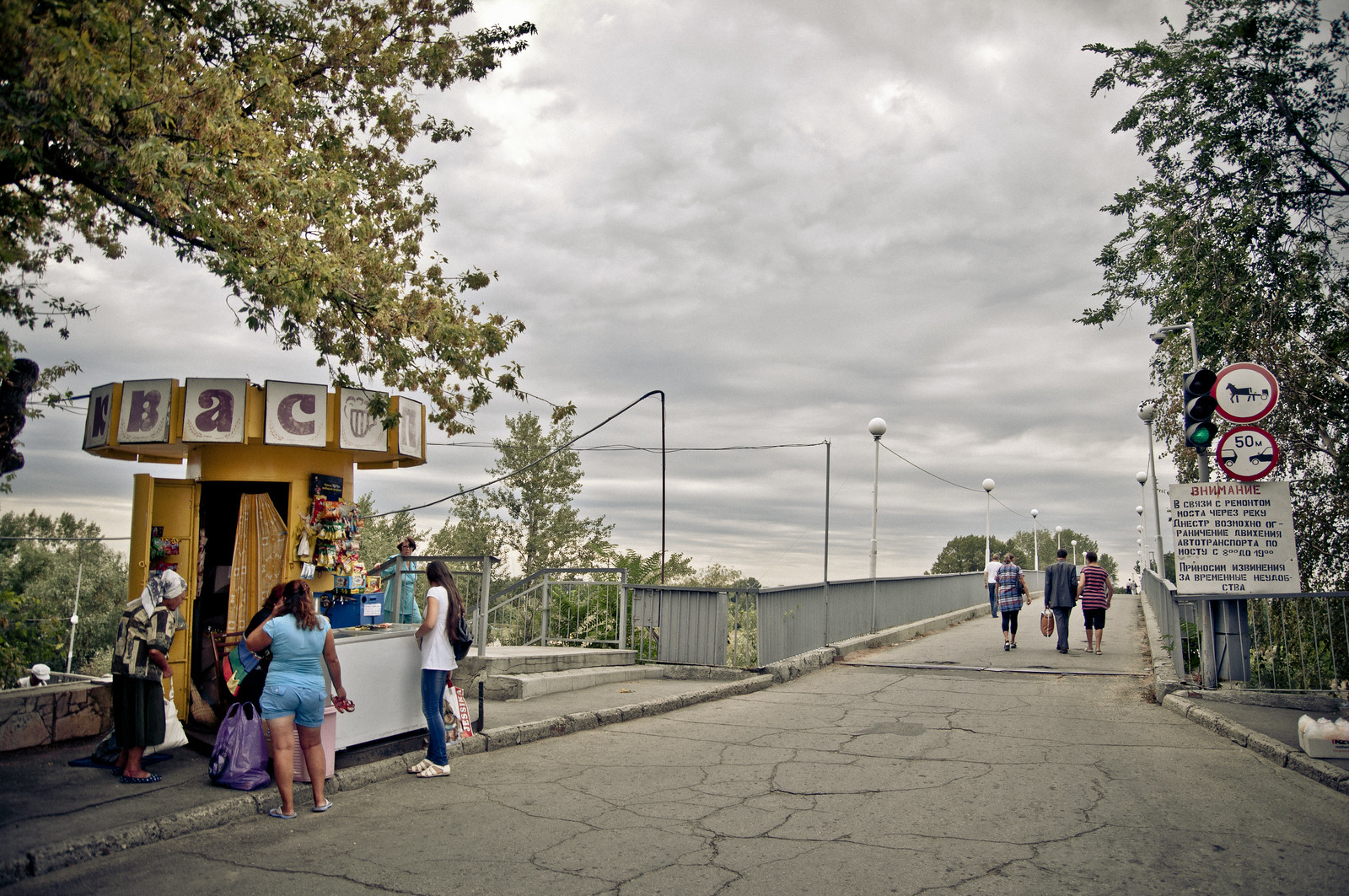 Not only basing on my feeling, but also according to Pavel, who works for state media and who I met accidentally in my hotel, a lot has changed in the past few years in the country, which was becoming increasingly more isolated. A few examples of these changes are that now the train from Odessa to Chisinău passing through the Transnistrian territory is once again running regularly, the Moldovan mobile network is covering Transnistria for the first time and relations between politics and companies as well as cases of corruption are getting more and more critically observed in the public and the (state) media.

When I asked Pavel how the future would look, maybe involving a possible reunion or as a federation with Moldova, Pavel strongly condemned this idea: “We are an independent nation!” But as for the question “what is the difference between a Moldavian and a Transnistrian nation?”, he couldn’t provide an adequate reply. Probably because there is no final answer. 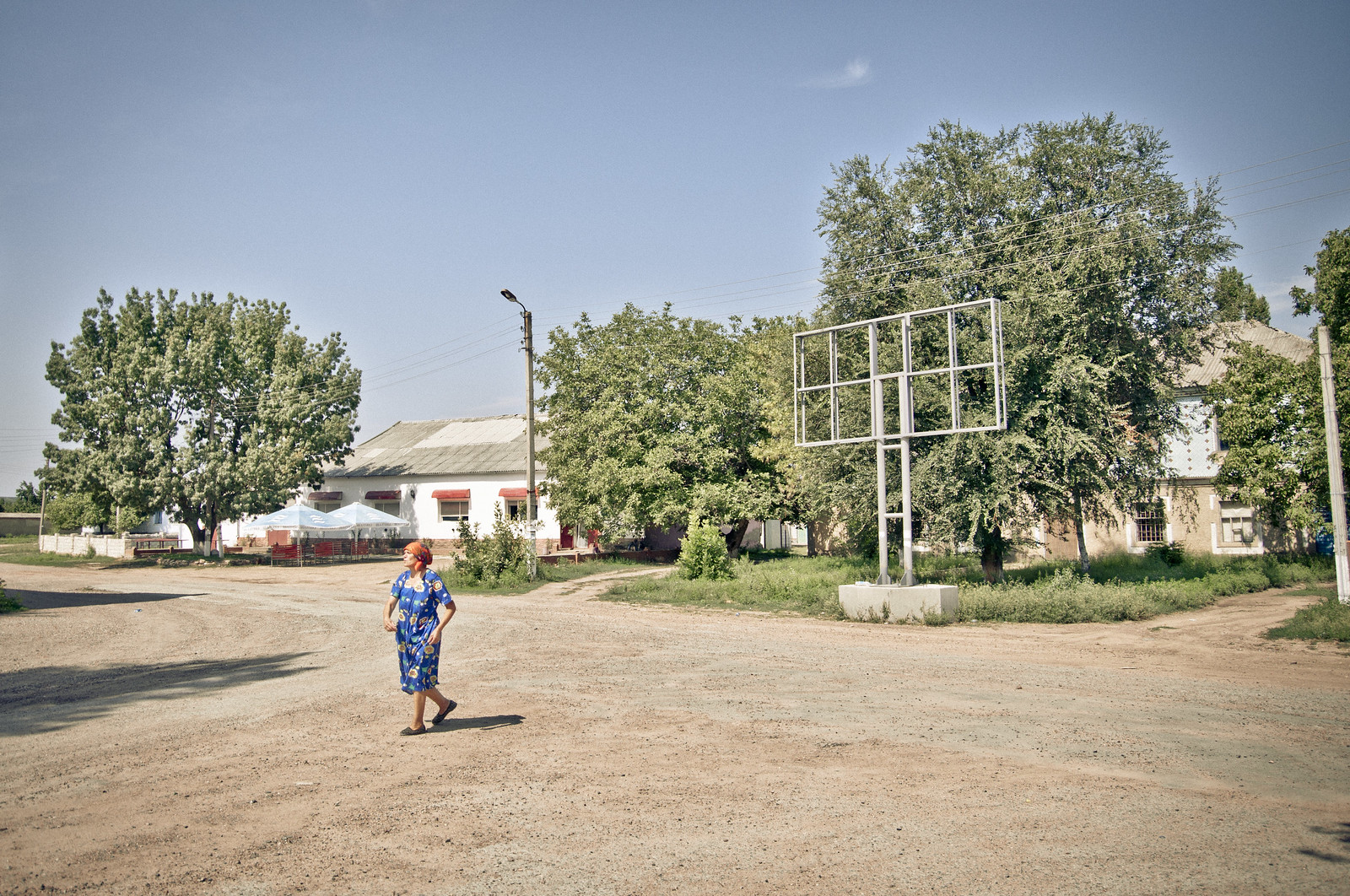 Life in a Transnistrian village

After two days spent in Tiraspol I went further. Through Couchsurfing I got the chance to spend a whole weekend in the Transnistrian village of Speia, directly located on the River Dniester bank. The general life there is not really different to other villages in post-Soviet space, but it was clearly visible that most of the inhabitants had already left Speia.

The old infrastructure, such as a police station, a small stadium, sports hall or the House of Culture, was all closed and clearly unused for many years. Only a few hundred of the former several thousand people are still living there. The youth and most of local men were sitting in one of two bars and waiting. Waiting for work, because the main place of employment – the apple plantation – was closed down after the collapse of the Soviet Union. Now the endless fields of apple trees are left abandoned, nobody uses the apples any more. 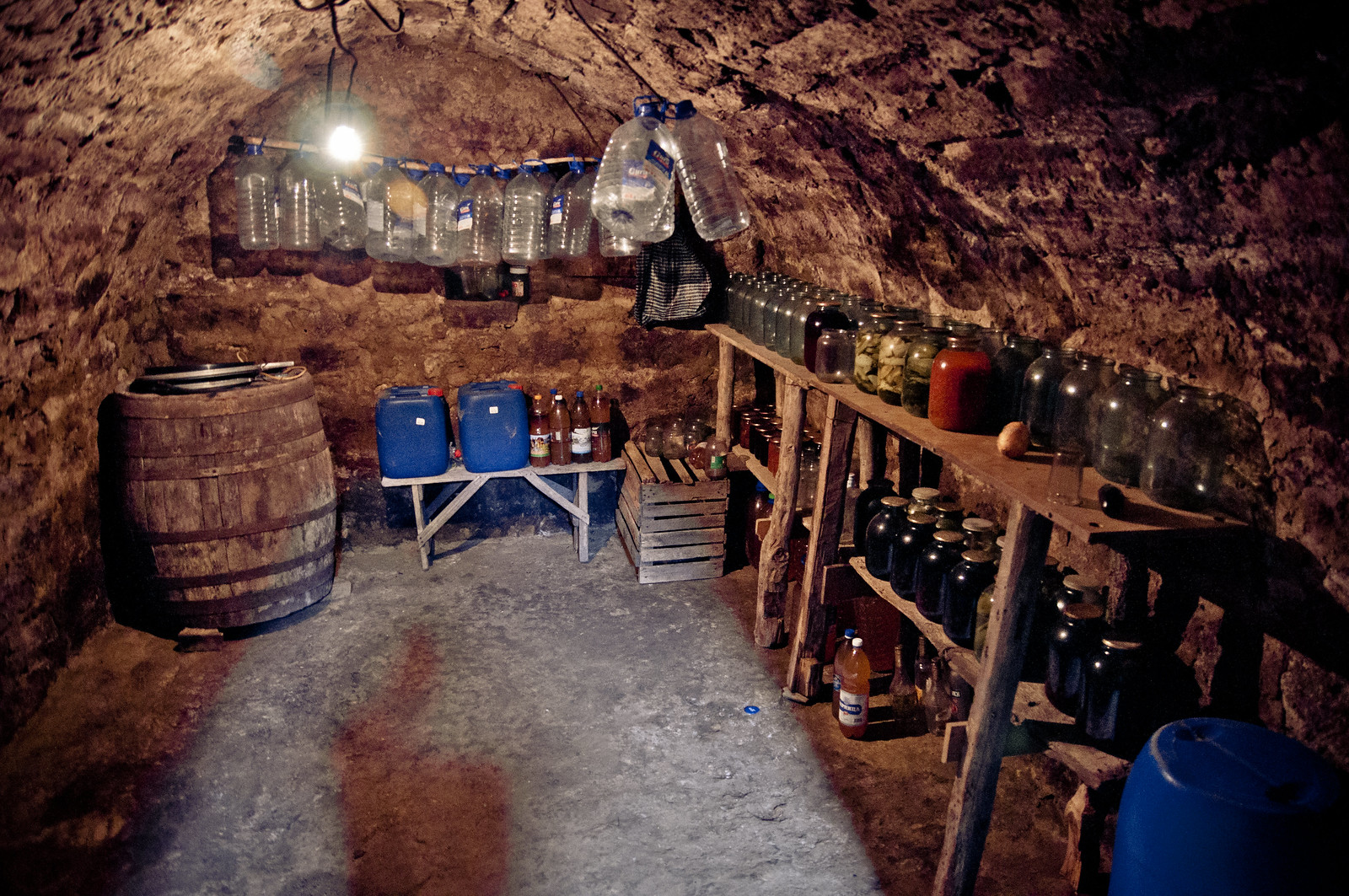 A glass of plum jam as a goodbye gift

The only exceptions are the older women who of course still know how to make delicious jams of apples and every other fruits from still cultivated gardens. A big glass jar of plum jam was also the gift that I received at the end of the weekend and my trip to Transnistria, too. And then, in the moment when I was going to leave Transnistria the bureaucracy struck back: I had forgotten to register myself with the police, which is obligatory within the first 24 hours of arrival in the country of the breakaway “nation”.

Some discussions with border control ensued: first I should fill out some forms and pay the fine. Okay, no problem. But after a few words, it seemed that the officer didn’t want to work on Sunday, so it was fine to just pay 60 Moldavian Lei (around 4 Euro). I put the money on the table of his small guardhouse, got my passport back and just thought to myself after paying the bribe that, in the end, some things never really change.

The English and altered version of this article was published on EastBook.eu on 28 September 2012.