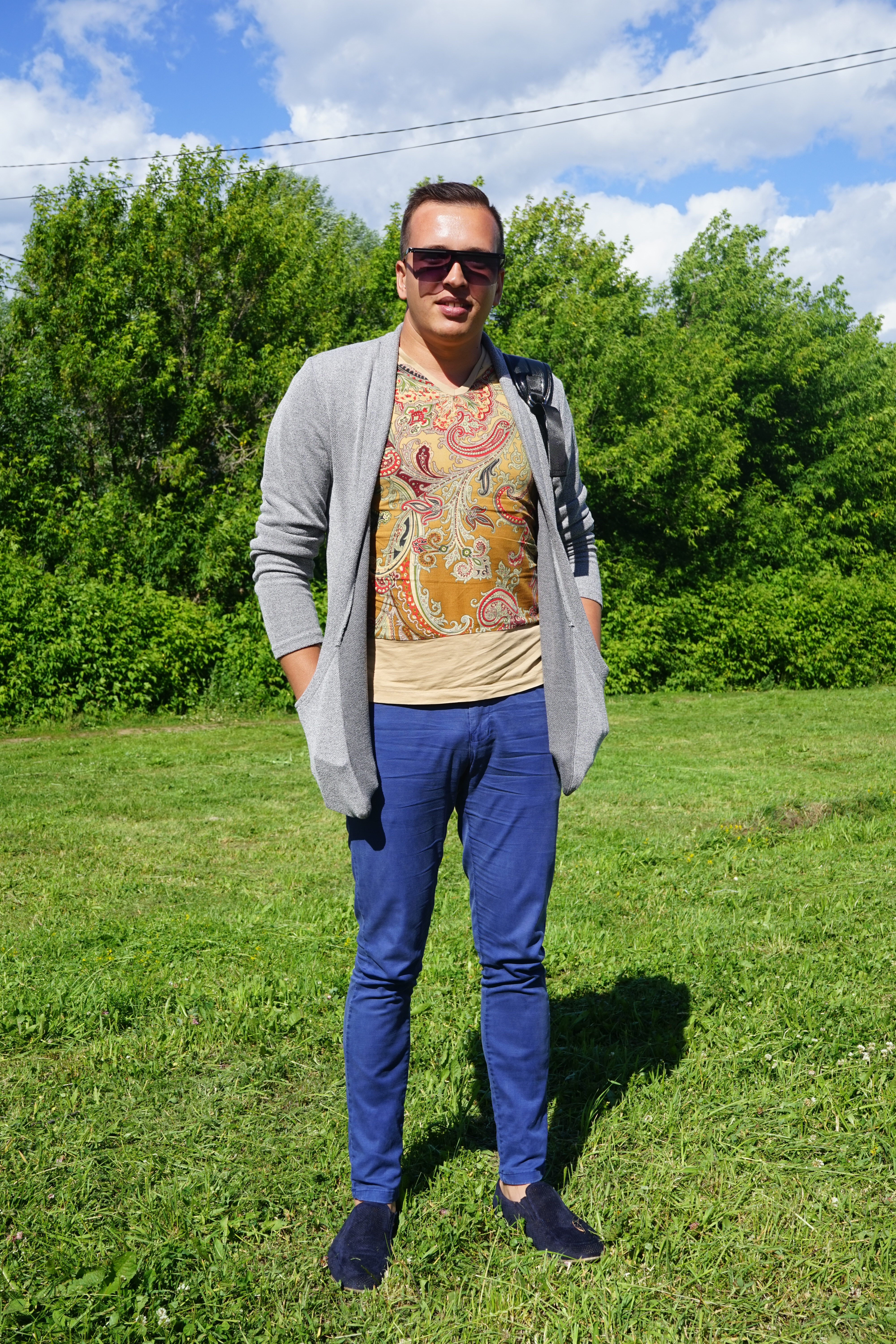 Iskander lives in Cheboksary, the capital of the Republic of Chuvashia. One of Russia’s 22 national republics, Chuvashia joined the Grand Duchy of Moscovy in the time of Tsar Ivan the Terrible in the 16th century. It is home to the Turkic Chuvash people whose language and culture have special status in the republic. Iskander is the team doctor of the leading local football club Dinamo Cheboksary. But he said that he is more interested in fashion than football. He did not follow the world cup and is convinced that the teams playing against Russia all lost on purpose. He was proud of the shirt he is wearing here, which he had bought on a holiday in Italy. He was born in Istanbul to a Turkish mother and a Russian father.