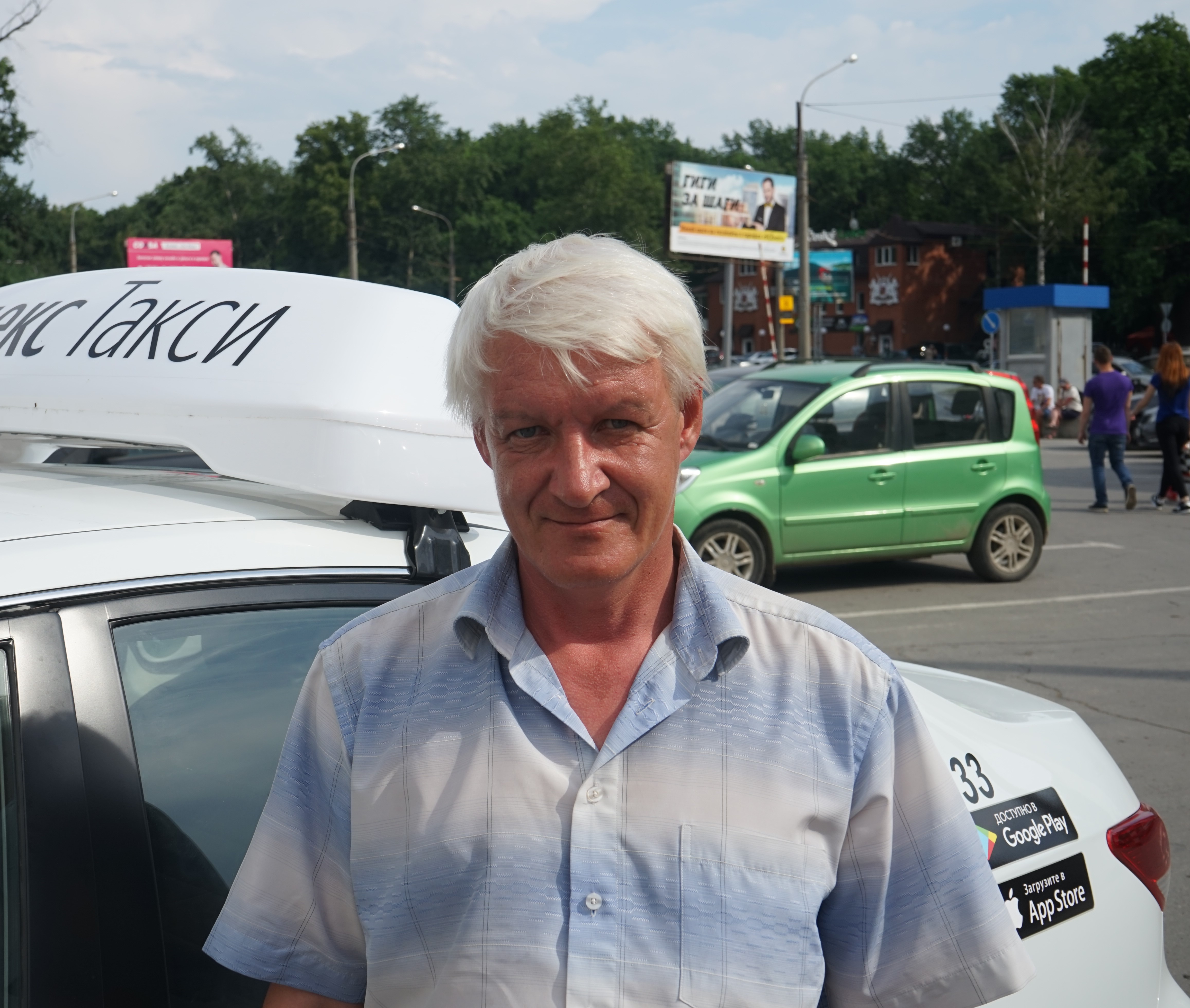 Alexander is a taxi driver from Samara. He was complaining about the bad state of the Russian economy, the poor quality of roads and the lack of jobs. According to him, nobody he knows voted for Putin. He is German. During Stalin’s reign his family was deported to Kazakhstan, but they moved back to the Volga later, where his family had been living for more than a century. “Sometimes some idiots call me fascist or something silly like that, just because I am German. Not all Germans were fascists! In fact, I have something to be proud of”, he said.