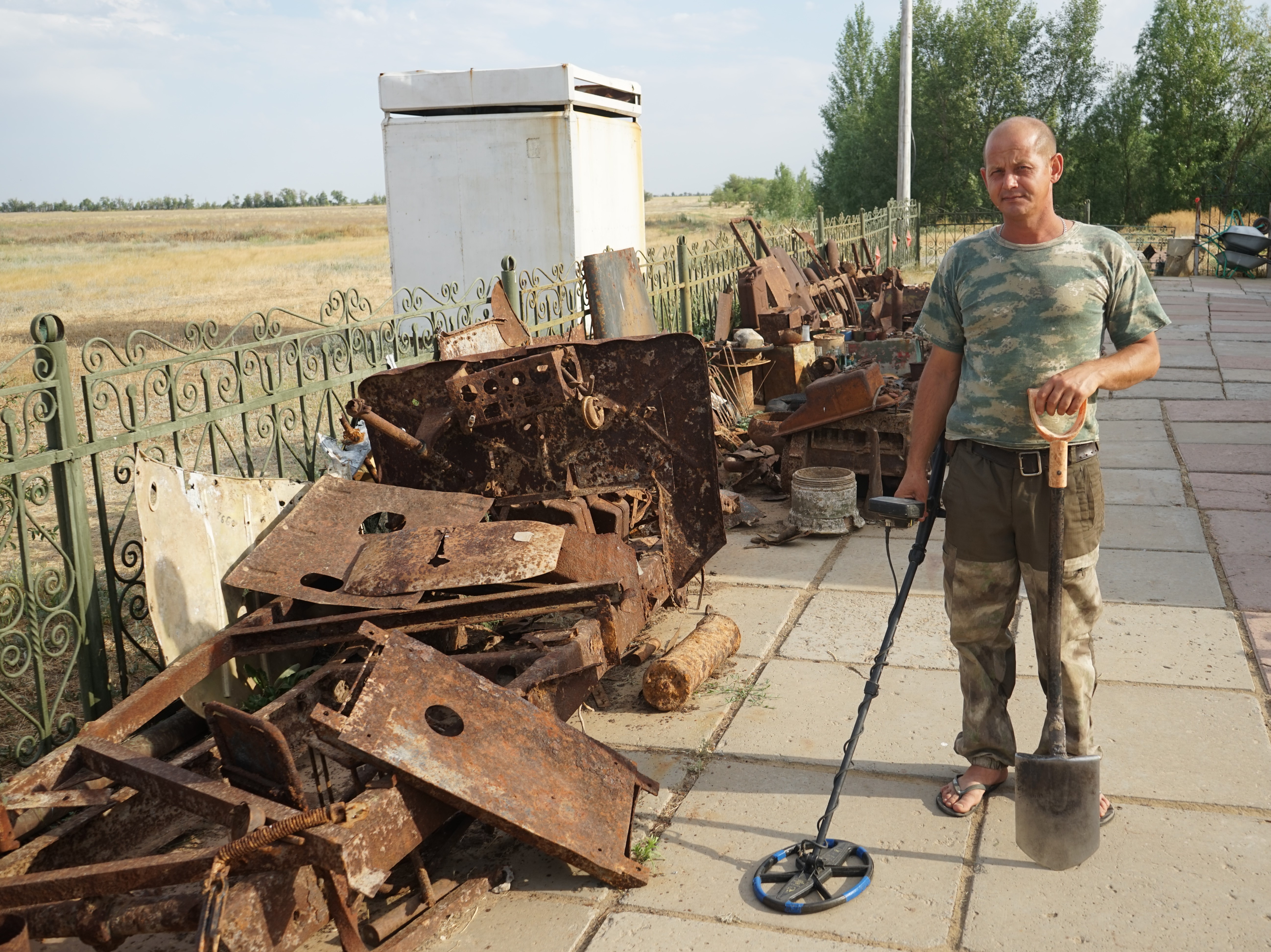 Sergey has been digging for remnants of the battle of Stalingrad for about 30 years. He still uncovers ammunition, weapons and helmets almost every week. According to him, most of the material is passed on to museums, while some items are sold as souvenirs. He used to work together with veterans, too. During the 90s and 2000s a lot of old Wehrmacht soldiers would come and visit the former battlefields in and around Volgograd. He also told the story of one German soldier who decided to stay after being released from a Soviet POW camp in the 50s. „He lived in a modest countryside house and grew his own food. He could never leave this place behind until he died.“ In the last years, the veterans, Germans and former Soviet soldiers have become less and less. He only knows of a handful left in Volgograd. But he is confident that there is enough war material to be found in the grounds around Volgograd for many years to come.