Albert and the giant berries 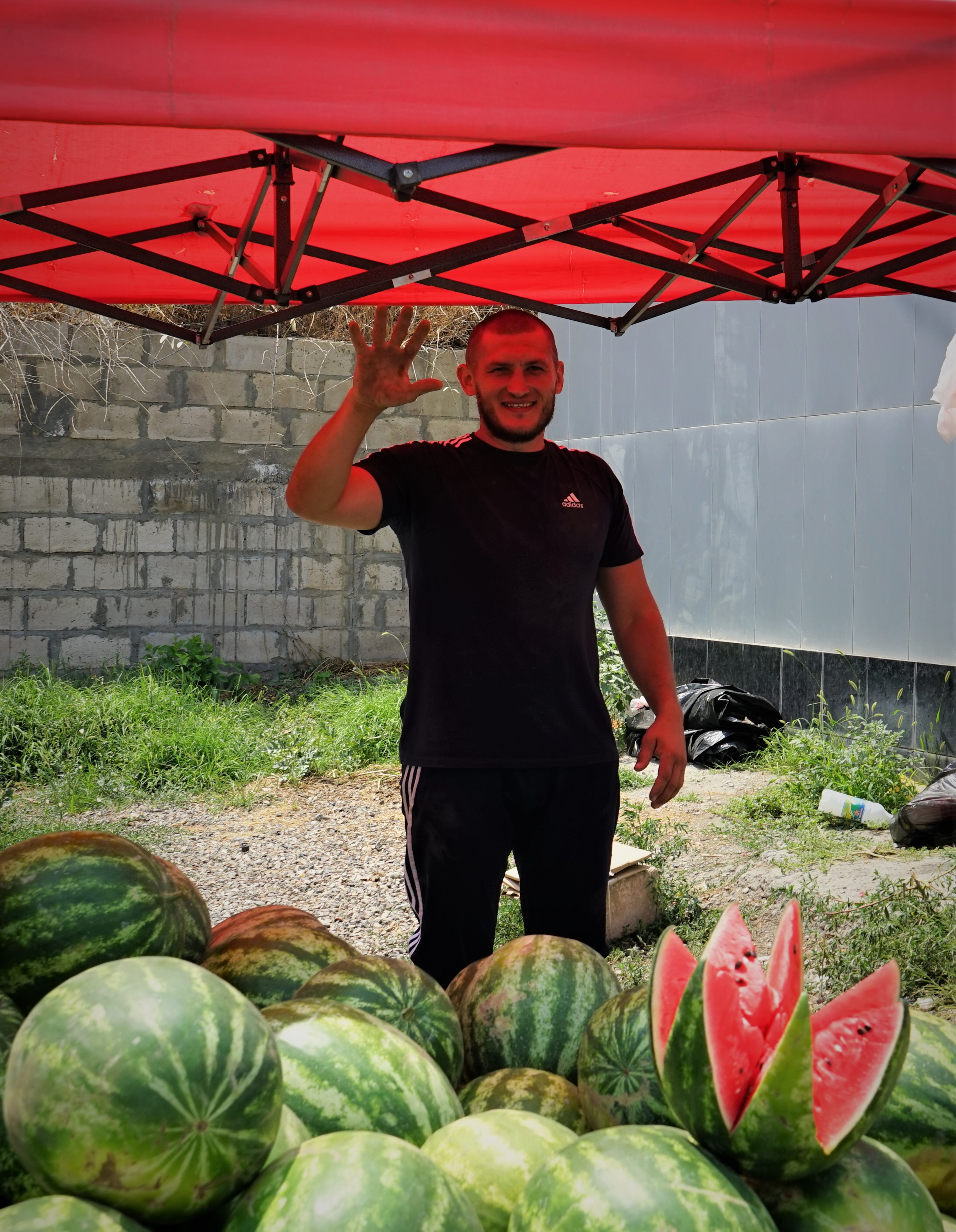 Albert is selling the best water melons in the whole of the Stavropol region in Russia. At least that’s what he said.

Watermelons are traditionally grown in large quantities in the southern regions of Russia and enjoy somewhat of a special status in former Soviet countries. Russian children discover watermelons’ fame early on. When they are taught to read, the word for watermelon – “arbuz” – signifies the first letter in the Russian alphabet. In biology class, they learn the important fact that watermelons are berries, not fruit. In Soviet films, watermelon slices on a dining room table were used to suggest how the Soviet people were prospering under Communist rule. Many believe that watermelons are doing wonders for health by cleansing one’s organism. There have even been sanatoriums where people get treated with a water melon diet. Folklore holds that melons also provide an assist in sexual matters. Shortly before the collapse of the Soviet Union, when the economic system disintegrated more and more, there was an oversupply of water melons in Moscow. While it was hard to get most other produce, huge heaps of watermelons were seen around the city.