On single mothers and children in uniform 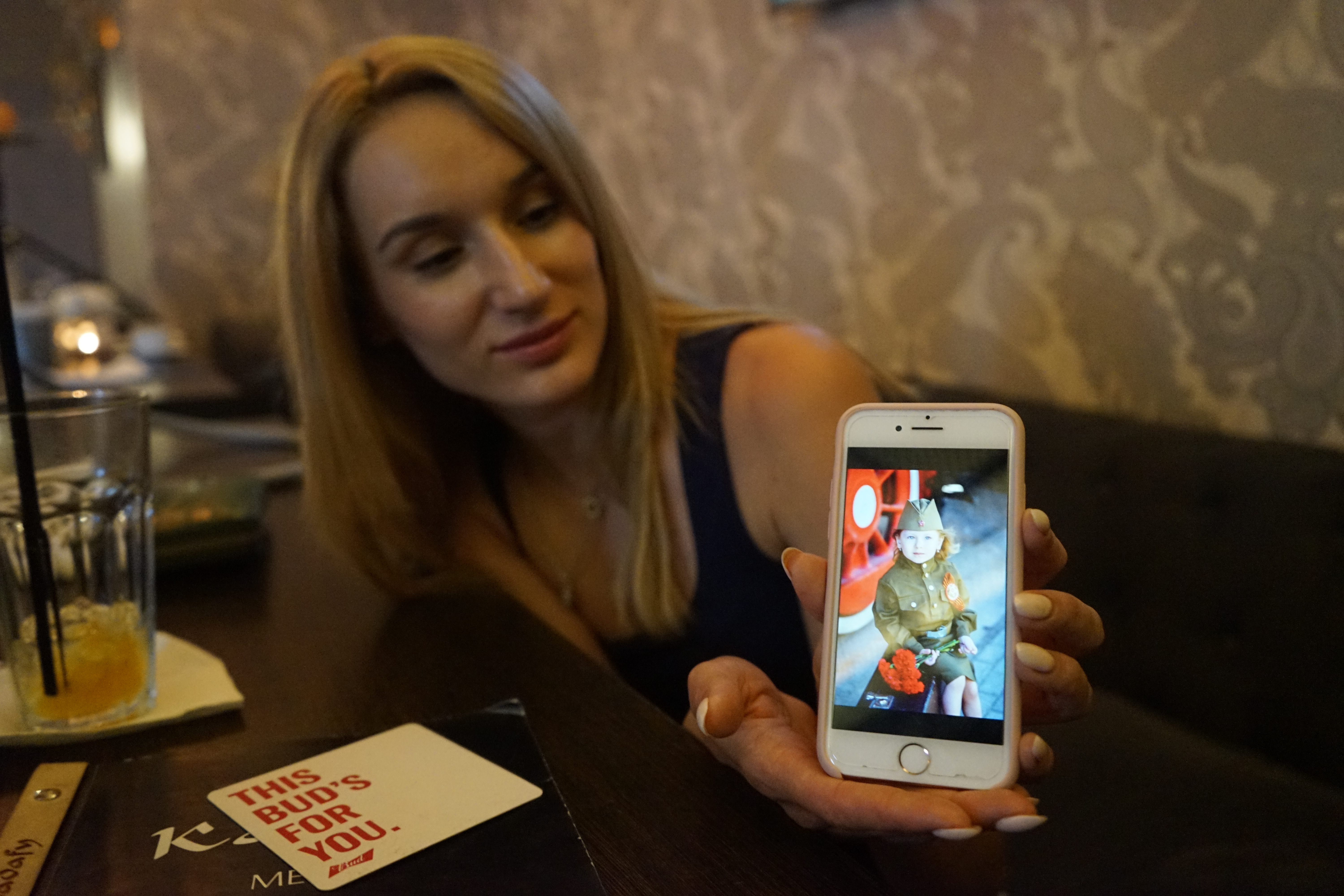 Svetlana is proudly showing a picture of her little daughter dressed up in a WW2 Soviet uniform for the victory day celebration on 9th of May, commemorating the Soviet victory over Nazi Germany. In fact, putting one’s children in Red Army fatigue has become fashionable among „patriotic“ parents in Russia in the past 15 years or so. Svetlana is a single mother and used to work as an anchor at a local TV channel. Currently she is a manager at Krasniy i beliy, a chain of liquor stores in Russia. She was out with some friends at a restaurant called Gadaffi, which according to locals is a favourite among Volgograd’s underworld.