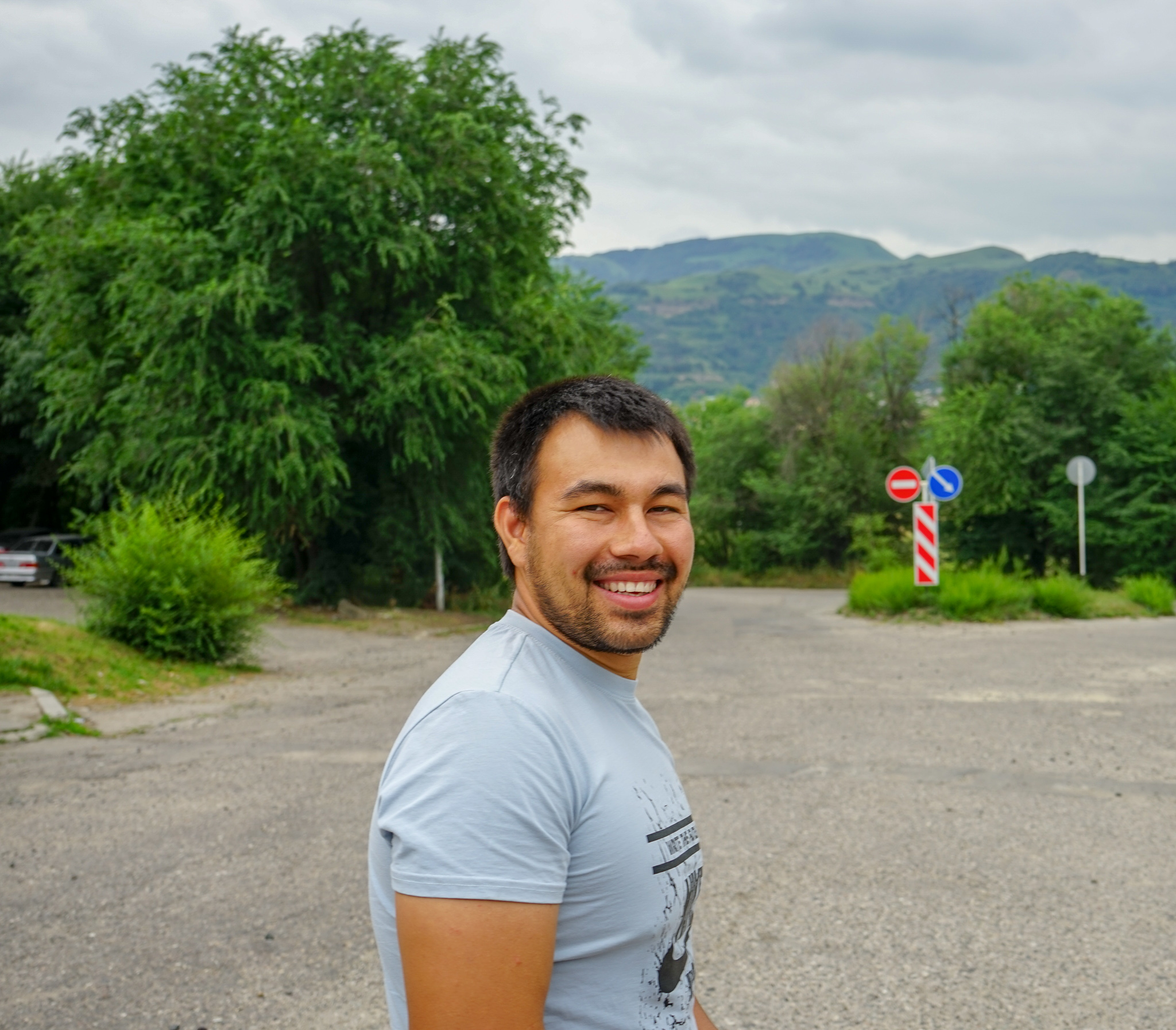 Rustam proudly recounted the story how he kidnapped his wife – an ancient Caucasian tradition by which a man can just rob a women he likes from the streets, take her home and marry her. While this practice is less common nowadays, it is still quite popular among the peoples of the Caucasus. Rustam was seeing his current wife for almost 2 years, when he decided that “it was time already” and contrived a plan with his friends to kidnap her. They surprised her at the central bus station in Kislovodsk where he is standing here. They grabbed her and carried her on his back like a sack of potatoes to the car, where his friends were waiting to pace away. He proudly showed me a video of this memorable feat that looked like some sort of criminal kidnapping. Shortly afterwards he married his girlfriend and they have been living together happily for several years already, according to him.

Rustam is Nogai and lives in Russia’s Stavropol region. The Nogais are descendants of various Mongolic and Turkic tribes and derive their name from Nogai Khan, the great-great grandson of Genghis Khan. Around 100,000 of this Muslim people are living in Russia, mainly in the Northern Caucasus.

The old tradition of bride kidnapping was strictly prosecuted in the Soviet Union, but was popularised as a cliché practice of the peoples of the Caucasus through films such as “Kidnapping Caucasian style “. It has become somewhat more common again since the 1990s. The kidnap victim’s family often tries to convince the woman to stay with her abductor, even after a kidnapping against her will, because of the shame inherent in the presumed consummation of the marriage. Bride kidnapping is also practised in Kyrgyzstan, Kazakhstan, Georgia and Azerbaijan.