On social pressure and a road tragedy 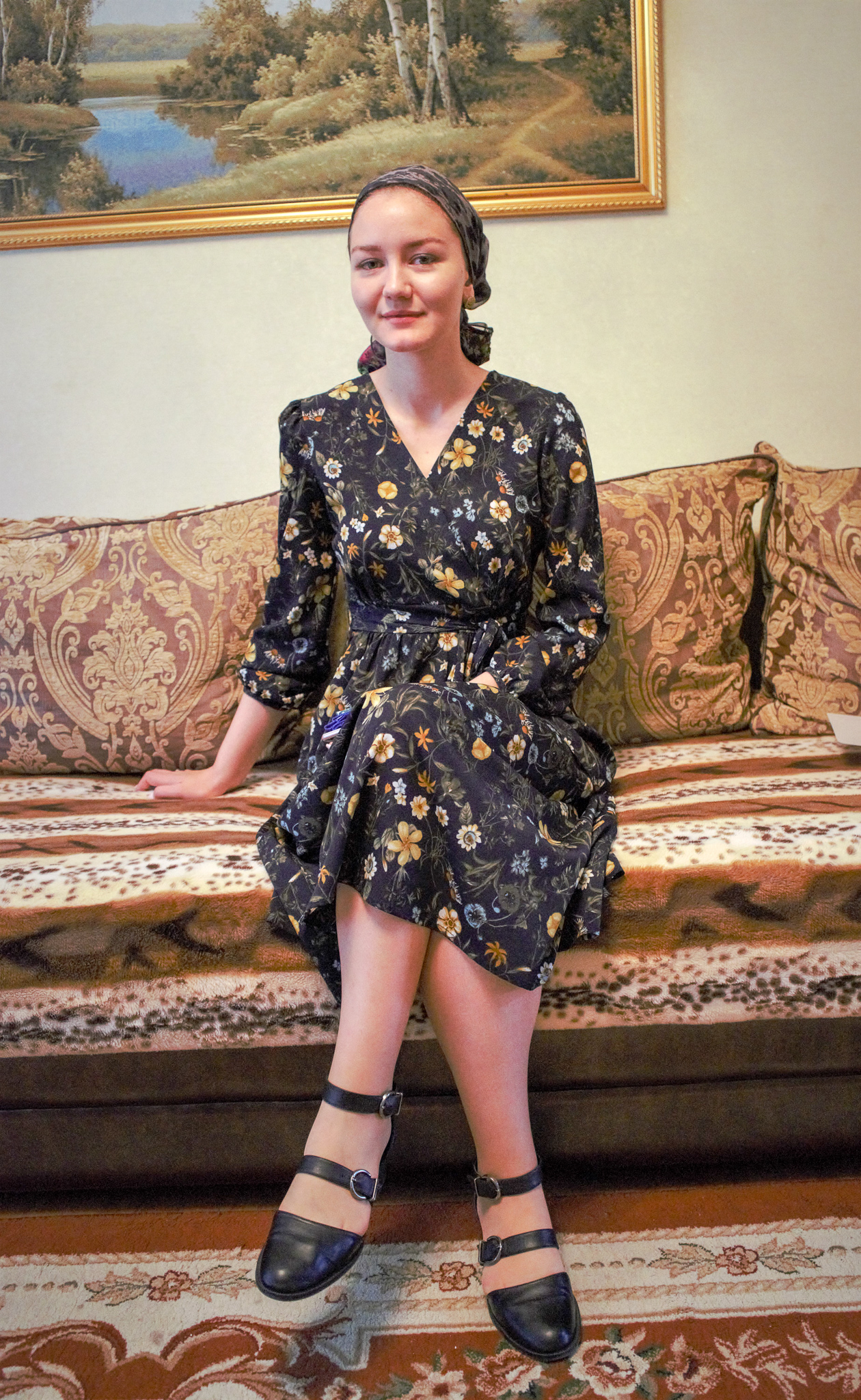 Elza is sitting here at her home in Baksan in the Republic of Karbadino-Balkaria in the Russian North Caucasus. She explained how as a women it is very important to always behave well and keep a good reputation, as in Karbadino-Balkaria everyone would know everyone. You should not be seen drinking alcohol or alone in the company of men. The republic is largely Muslim, but it is possible to buy alcohol in many places. Her main concern is to get married soon, as many girls who have passed their mid-20s are already considered hopeless cases. A few years ago she promised herself to a much older man with some money. The plan was to marry after she finished her studies. Her sister is married already and has a little son and her parents want the same for Elza, too. Here she dressed up to attend a funeral of a friend who tragically died in a car crash. As overly fast and risky driving is regarded as a sign of manliness in the Caucasus, the death toll on the roads is very high.

Elza is Karbadinian, a nationality that is considered to be one of the 12 tribes of the Circassians, an ancient group of Caucasian peoples famous for their fearless fighters and horses. About 600,000 of them are living in Russia, 1 million in Turkey and other significant minorities can be found in Syria, Egypt, Jordan and Saudi Arabia. Kabardinians constituted one of the earliest Christian communities in Europe, converting in the late 2nd and early 3rd Centuries. But by the 19th century, most had converted to Sunni Islam.