The old and the new Grozny 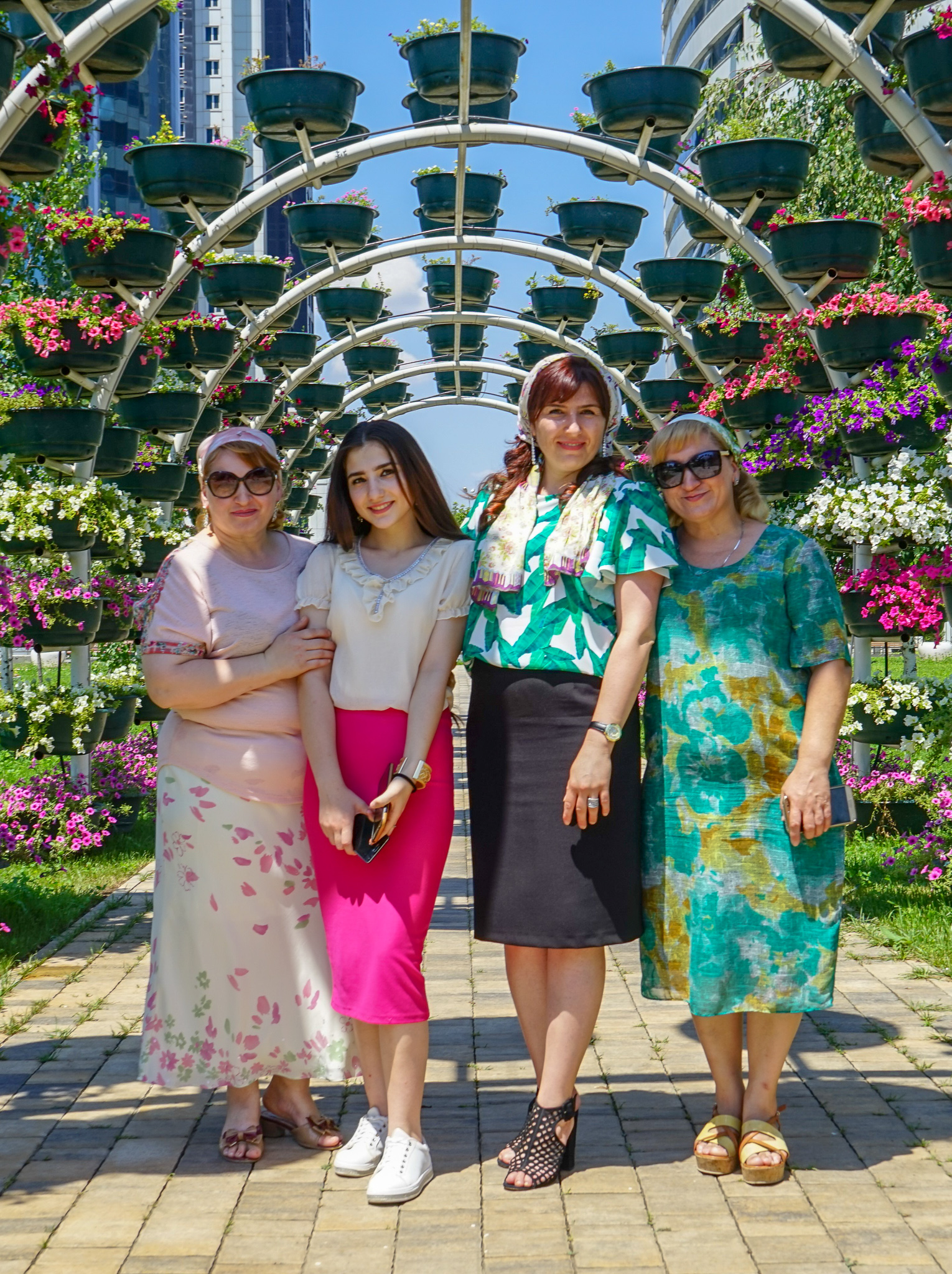 These are Rezida and her daughter (both in centre), who are both from Grozny and their friends Lena and Luba who came for a visit from Ingushetia, the neighbouring republic. Ingushetians are considered a brother nation by the Chechens, which Rezida was not tired to repeat. In fact they have very similar languages and share a history of suffering with the Chechens. In 1944, both were deported to Central Asia and Siberia by Stalin for alleged collaboration with the Germans, who had come close to their homelands in late 1942. The women were having a stroll in Groznys “Park of wonders”, a lavish flower garden right next to the city’s modern skyscraper district “Grozny City”. After almost total destruction in two terrible wars, Grozny has been rebuilt in the style of a little Dubai. Even the rose garden is modelled on the one in the UAE.

All this is largely financed by Moscow, as the Russian government is keen on quelling any thirst for independence by injecting large amounts of money – and by counting on the Republic’s repressive strongman Ramzan Kadyrov. Rezida apparently likes Kadyrov and used the regime greeting “Akhmat Sila” (Akhmad power), a tribute to Akhmat Kadyrov, Ramzan’s father and the first Kremlin backed president of the republic around whom a cult of personality has been built. But she also pointed out that she preferred the old Grozny before the wars began in 1994. A place that vanished entirely, and which was essentially a completely different city with a totally different society. While the old Grozny was a typical Soviet city with a population of almost 50% non-Chechens from all over the USSR, the new version is essentially a mono-ethnic middle Eastern inspired place