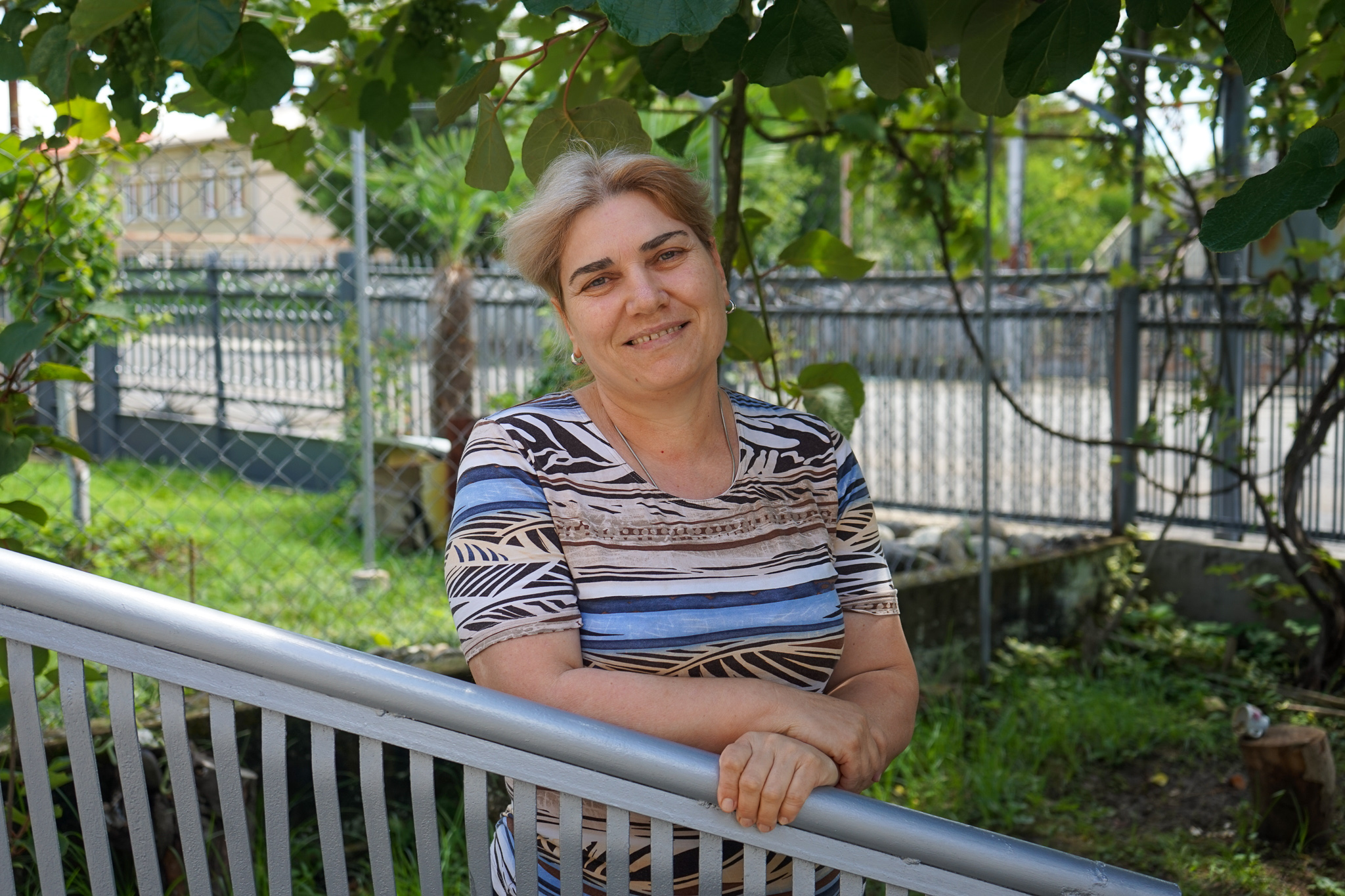 Shorina is originally from Gali, a town in Abkhazia, that used to be mainly populated by Georgians. In the 1992/93 Abkhaz war almost all ethnic Georgians were pushed out of the territory of Abkhazia. So were Shorina’s relatives, while she got married in Zugdidi, a town under Georgian control. Her family still has a house in Gali, but Shorina said that it is very hard to go back, especially now, that the border has been closed completely following tensions between Russia and Georgia. What hurts her most is the fact that she cannot go and see the grave of her parents.