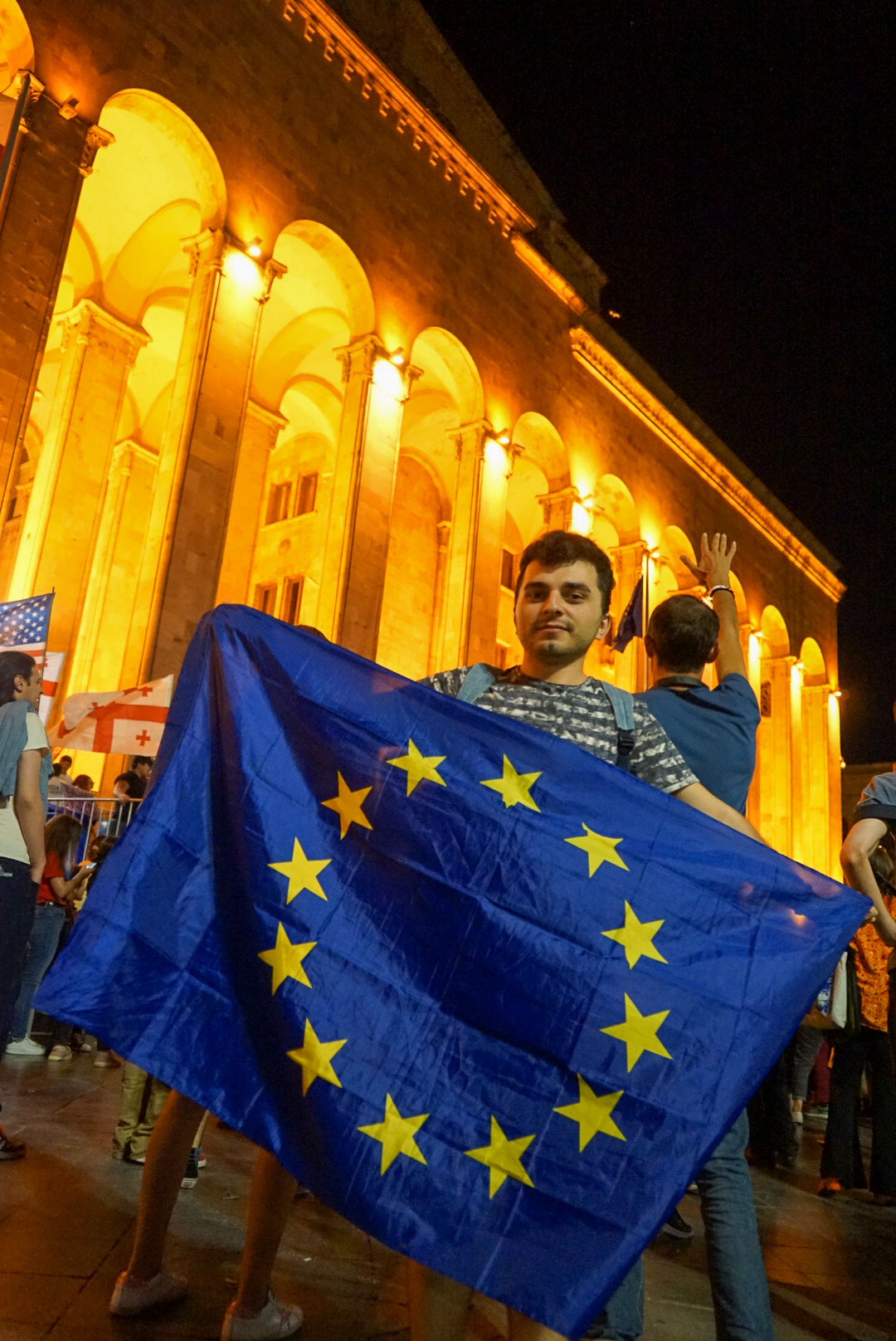 Temur was at the daily protests against the Georgian government in front of the parliament in Tbilisi last Thursday. His dream is for Georgia to become a member of the European Union. He is not very fond of Russia as he says it stands against liberal values and has always been suppressing Georgia and its language. The protests have had a party or festival character with music acts and people dancing. Alcohol was not permitted.