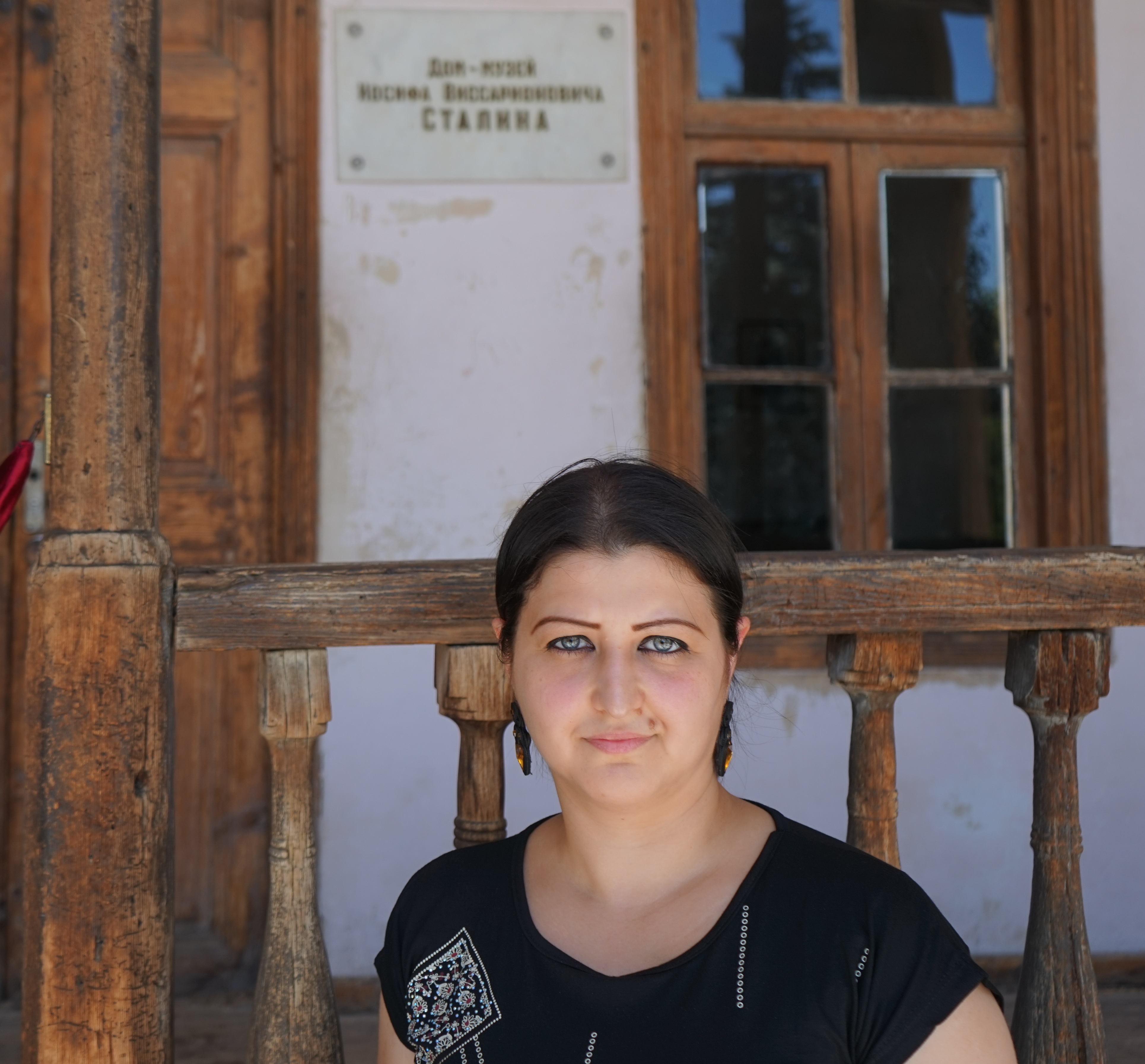 Diana is a guide at the Stalin museum in Gori, the birthplace of the Soviet dictator. Here she is standing in from the small house where Stalin was born in 1879. It is enveloped by a shrine-like structure and the entire museum is largely portraying Stalin as a glorious leader who industrialised the country and beat Nazi Germany, while the dark sides of his rule are scarcely covered. Diana is Georgian but has grown up in the Russian city of Saransk. She moved to Gori to work in the museum. She believes that Stalin was a strong and wise leader who did great things for the Soviet Union. The terror and deportations were a necessary evil in her view. “Times were tough back then”, she said.