A family of Stalin guides 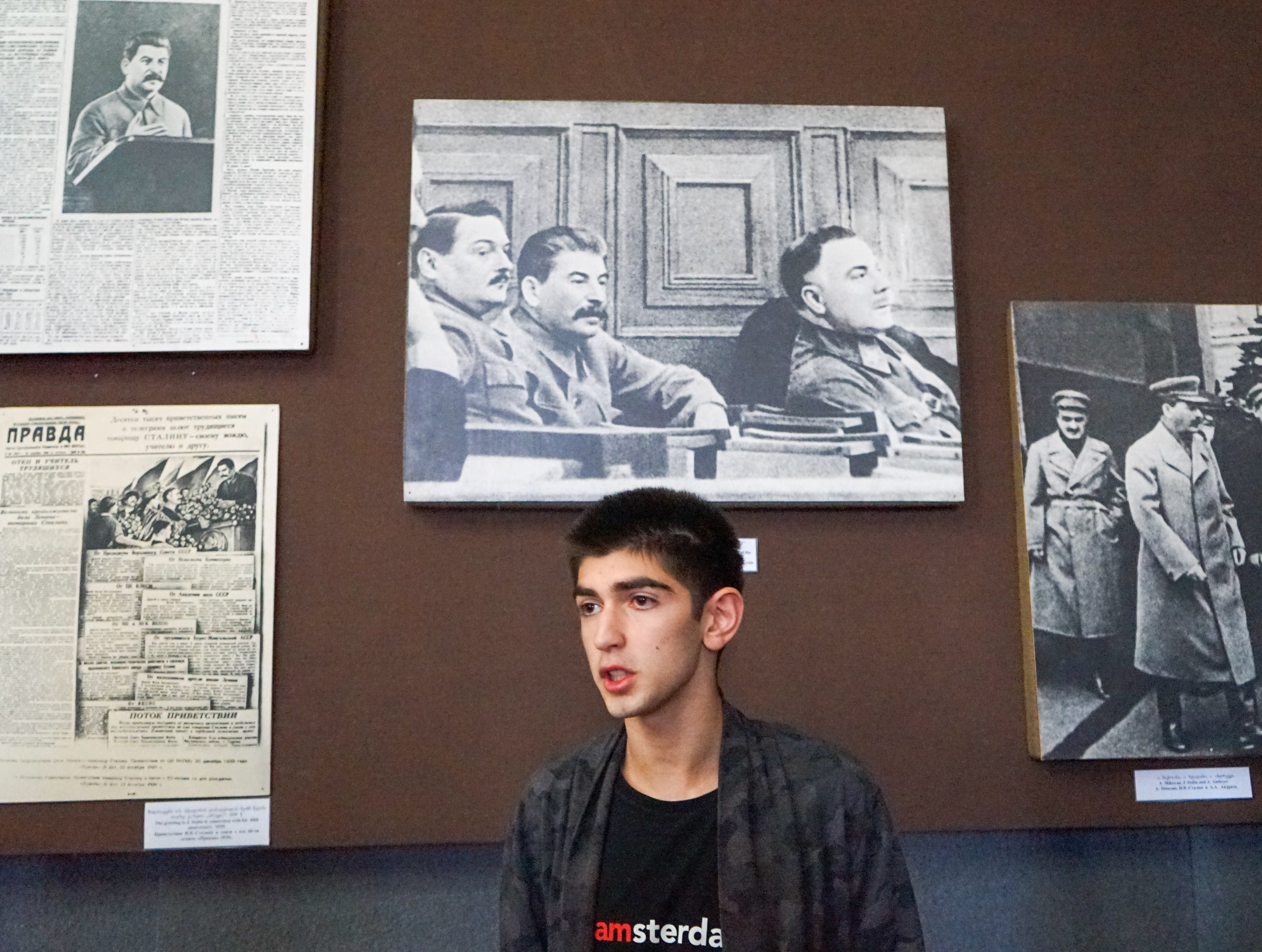 Sandro works as a guide at the Stalin museum in Gori, which is located right behind the historical house where the Soviet dictator was born. Sandro is not the first in his family to do this job, as his mother has been a guide there for many years, too. He said that he is impressed by Stalin because he made it from a nobody to one of the most powerful people in the world, transforming the USSR and winning World War II. But at the same time, he is aware of the crimes and terror committed in Stalin’s name. That is why he is not proud but rather holds a distant, indifferent attitude. Young people would not really be interested in Stalin he said, while among the old there were still many fans, just like among the many Russian visitors of the museum.