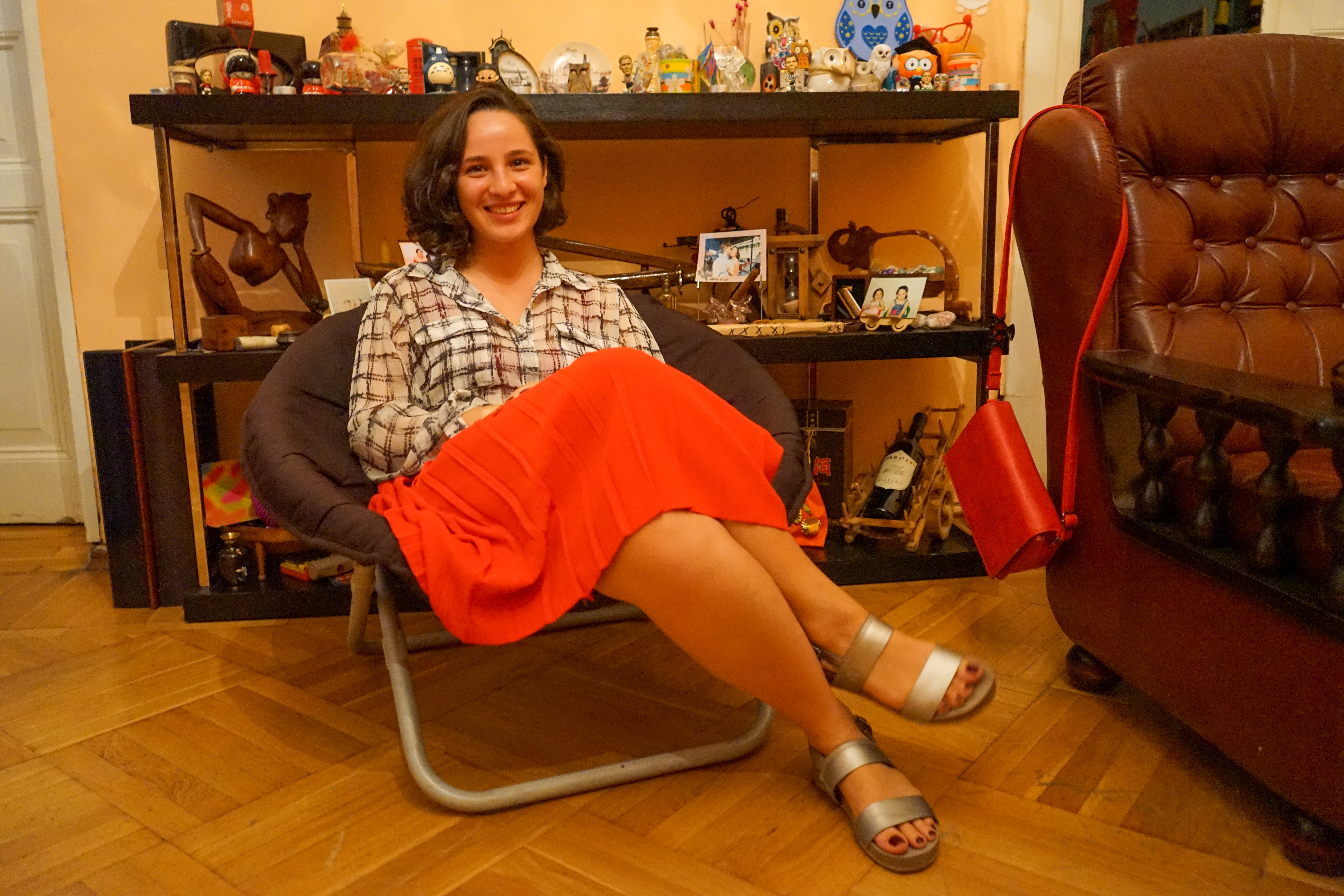 Ana from Tbilisi just finished her medical studies. She works in paediatrics and really loves what she does, although it can be tough at times. Recently she had a little girl for whom a lifesaving therapy only existed abroad. In the end, the girl could be referred to an Italian hospital where she was lucky enough to get the necessary treatment. According to Ana, the Georgian medical system is still far behind Western standards, albeit progress has been made in the last decades. Especially since a lot of young Georgian professionals who were educated abroad are returning to work in their homeland, pushing things ahead.

Georgia has a universal health care system which is getting increasingly privatised. Life expectancy for women is 80.9 while only 72.5 for males. This large gender gap is typical for post-Soviet countries, where unhealthy lifestyles are particularly widespread among men.
Image may contain: 1 person, smiling, sitting, shoes and indoor