Memories of the 2008 war with Russia, Soviet army service and the best mineral water in the world 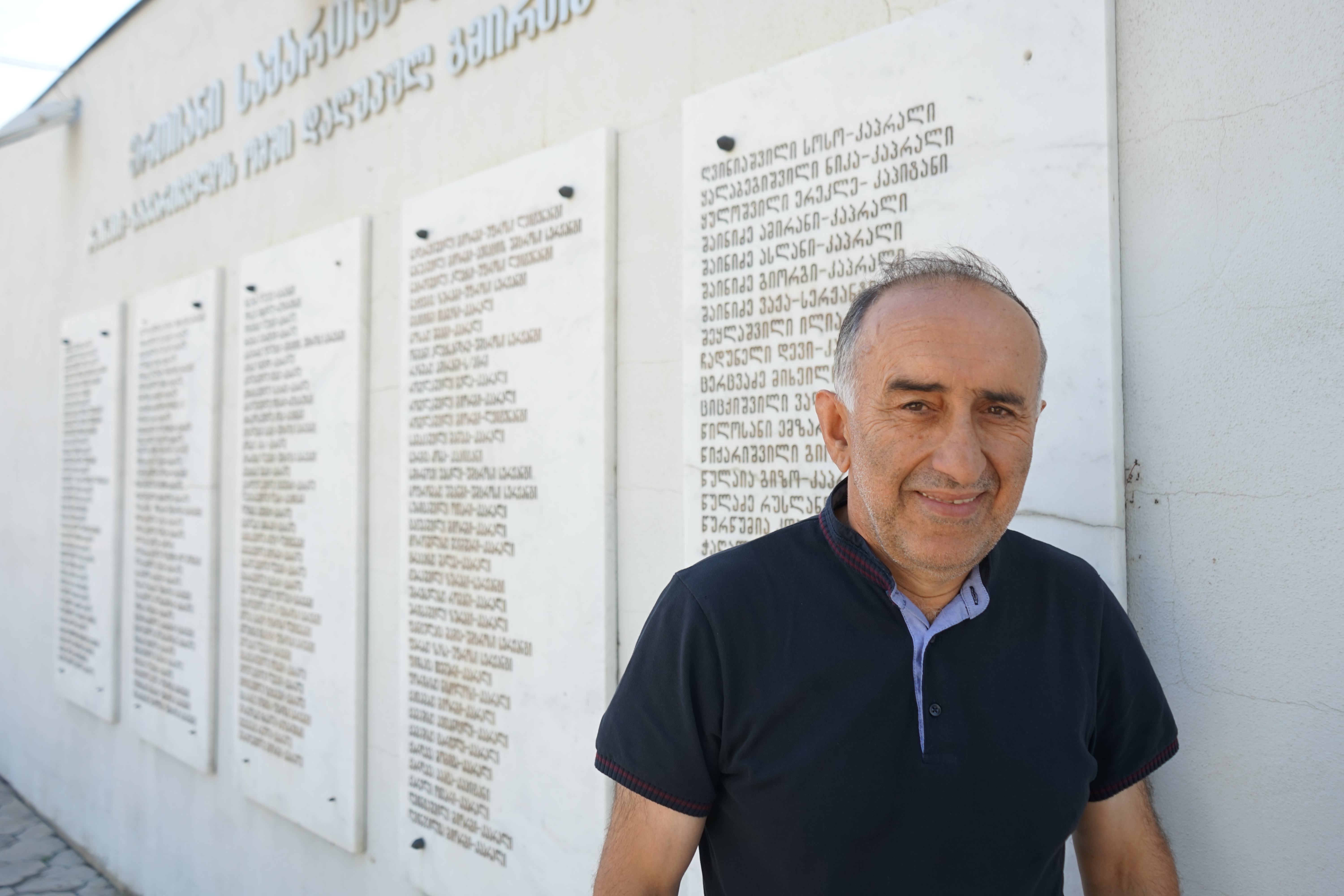 Otari (59) is standing here next to the memorial for the Georgians killed in Gori during the August 2008 war with Russia. Back then, he saw the Russian tanks rushing into his hometown, which is located just 30km away from the breakaway region of South Ossetia. It was the first Georgian city affected by the war that broke out just when the Olympic Games started in Beijing. After an initial Georgian advance into South Ossetia failed, the Russian army struck back and the frontline quickly advanced towards Gori.

„You could not hear your own voice because of exploding bombs”, Otari said. He saw Sukhoi jets in the air that struck the city hall. Several people were killed, including a Dutch journalist, as Otari remembers vividly. Shortly afterwards “everyone fled to Tbilisi. Nobody knew what would happen next if Putin would also take the Georgian capital… But then the war finished after 4 days … There were some contract soldiers, Cossacks and South Ossetians who started looting. It was terrible. But the Russian soldiers were decent. They shouted that they would shoot anyone who they caught looting… Georgia has a population the size of a few quarters in Moscow! How could Russia do this? It’s the 21st century! But we sit on strategic territory. Russia wants it, and the Americans, too. It is like two bears fighting and us in the middle… Russians are not bad, they really like us and we like them… … They [Russians] say we don’t want to go to Crimea, we want to go to Georgia [on holiday]! Because of the food, the nature… We have the best mineral water in the world, clean and natural! In Europe they use chemicals, but here it is all natural. Borjomi [the mineral water brand], everyone in the world knows it! We don’t want war. I served in the Soviet army with Russians in Hungary [in the early 80s]. In Soviet times all were friends! We used to go to Tskhinvali [South Ossetia, now inaccessible for Georgians] for shopping! Then everything was good. All lived well, there was work there was everything. But we broke up [the USSR].”