Georgian design and a patriotic tattoo 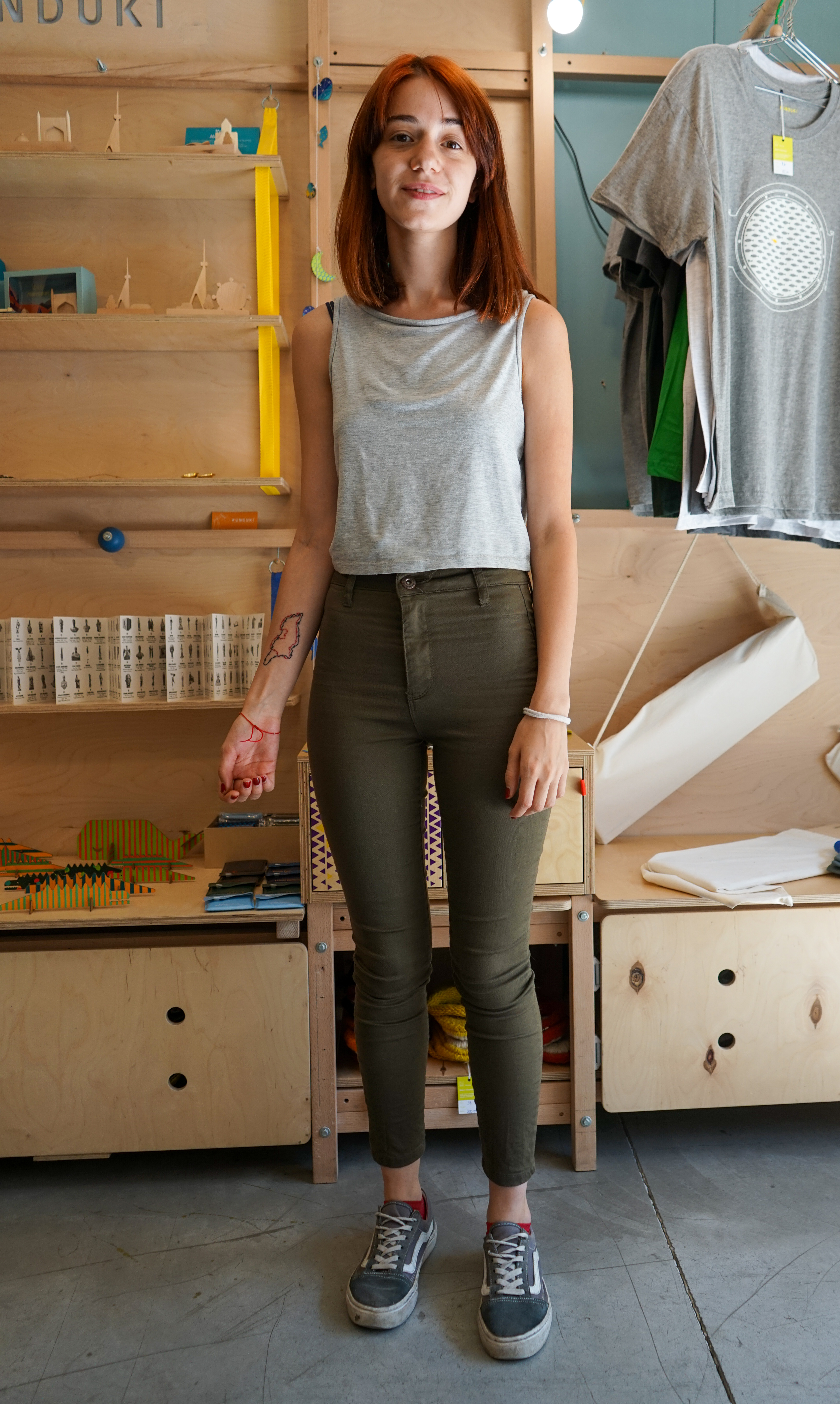 Nata works in a stylish design shop called Funduki in the old Chugureti district of Tbilisi. Visibly proud, she stressed that they only sell products designed and produced in Georgia. She also sports a tattoo on her right arm, which is very important to her. It shows the official borders of Georgia and the de facto borders without the renegade regions of Abkhazia and South Ossetia, drawn in the style of barbed wire. She said that she would change the tattoo, deleting the current de-facto borders as soon as the lost territories would be under Georgian control again.