A refugee from Russian annexed Crimea 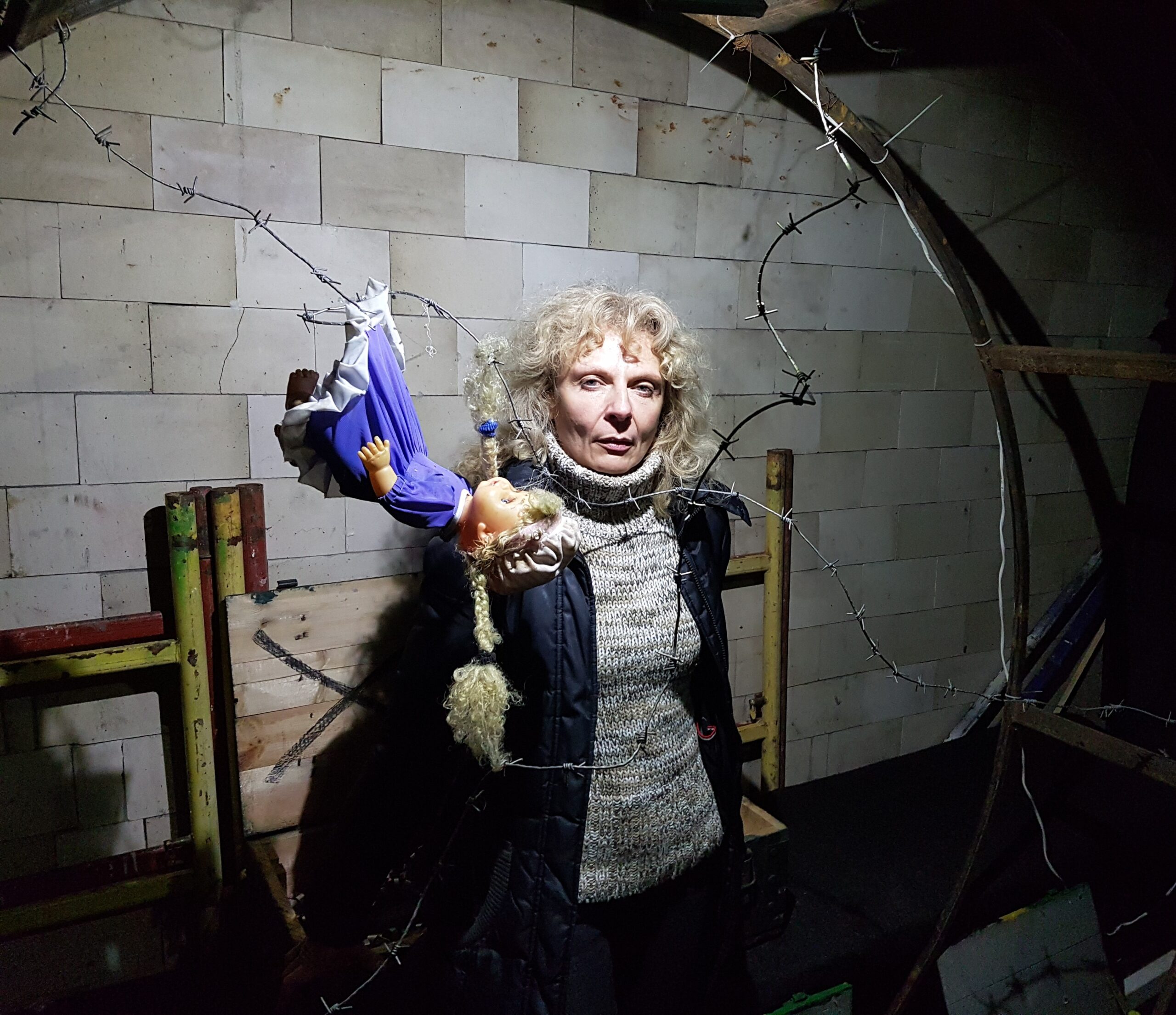 Galina is a theatre director active in the theatre collective „Post Play Teatr“, located in an old factory building in Kyiv. The collective was founded by refugees from Crimea and Eastern Ukraine. She was involved in pro-Ukrainian activism in the spring of 2014 when her native Crimea was annexed by Russia. After intimidation and persecution by local FSB agents had reached an unbearable level, she saw no way out but to move to Kyiv. According to her, as well as her friends who still live there, „the situation in Crimea is now akin to that in the Soviet Union in the 1930s.“