Working in the mines of the Kryvbas 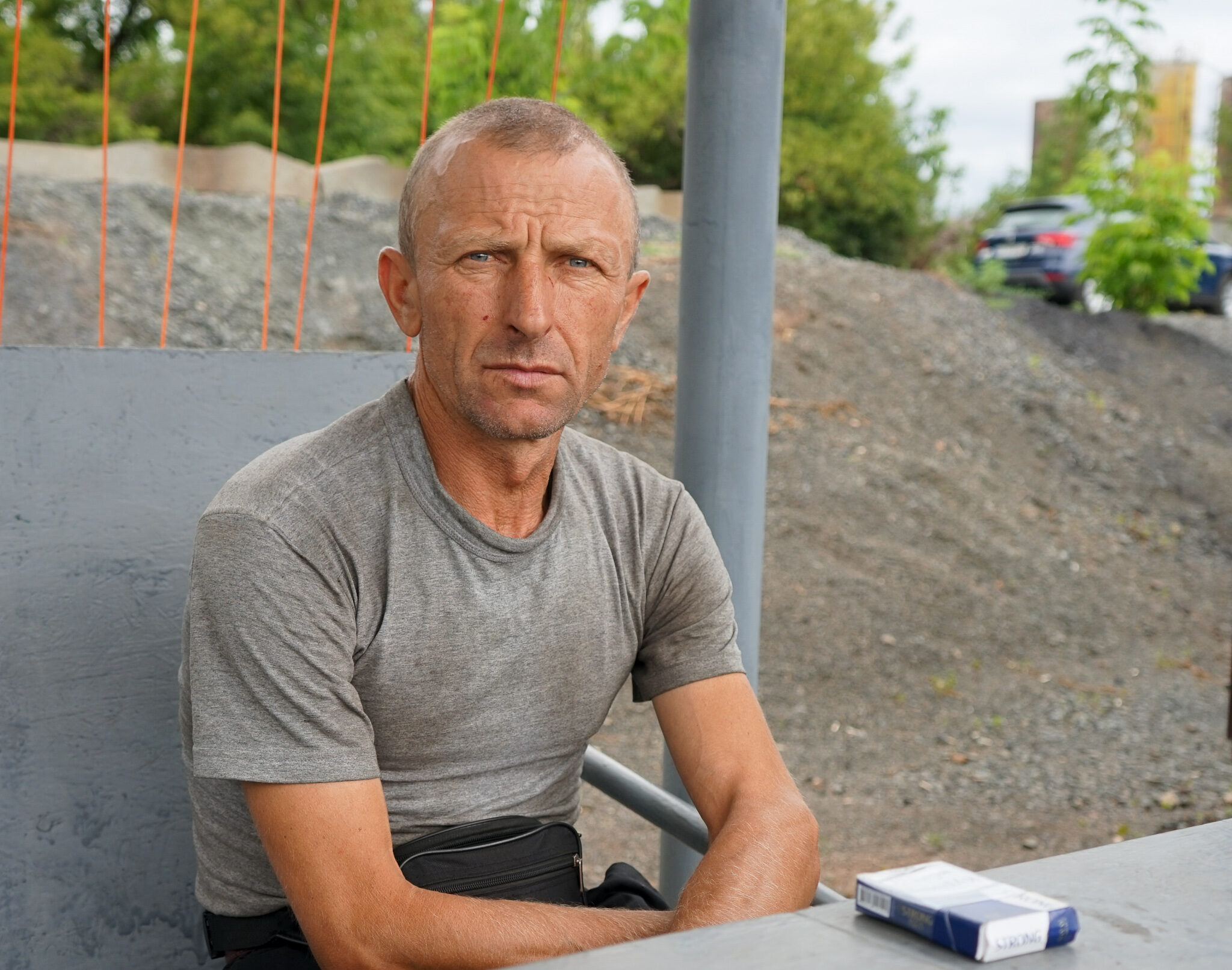 Vitaly is a miner in one of Arcelor Mittal’s giant mines in Krivy Rih. The city is one of the longest in the world and the capital of the so-called Kryvbas, one of the largest iron ore mining centres in Europe. It is also the place where current president Volodymyr Zelensky was born and grew up.

The Kryvbas (Ukrainian: Кривбас, full name Kryvorizkyi Iron Ore Basin, Ukrainian: Криворізький залізорудний басейн) is an important economic and historical region in central Ukraine around the city of Kryvyi Rih, specializing in iron ore mining and the steel industry. It is arguably the main iron ore region of Eastern Europe.[citation needed] Along with Donbas, Kryvbas is a major center of heavy industry in Ukraine.

Named after the city of Kryvyi Rih, the region occupies the southwestern part of the Dnipropetrovsk Oblast, as well as a small neighbouring part of the Kirovohrad Oblast in a valley of Inhulets and Saksahan rivers (both are tributaries of Dnieper). It stretches by a narrow strip (2–7 km) from north to south almost for 100 km from Zhovti Vody (Yellow Waters) to latitudes of the Kakhovka Reservoir with total area of 300 sq km.

The region has major deposits of iron ore and some other metallurgical ores. To exploit them, several large mining companies were founded there in the middle of the 20th century. Most of them are located in Kryvyi Rih.

Kryvorizhstal (located in Kryvyi Rih) is the largest and most up-to-date steel company in the region, and in the country. It includes ore facilities and a major steel mill (the only one in the city). Other ore companies supply their raw materials to either Kryvorizhstal or steel mills outside the region.

With the exception of Kryvorizhstal, owned by Mittal Steel, the steel companies of the region are controlled by either the Privat Group or the SCM. These were one state-owned industries. From the 1990s until 2004, after Ukraine declared independence and worked to establish capitalism, these industries went through difficulties and scandals as they became privatized.

A major mining and processing factory was under construction in the early 21st century in the neighboring city of Dolynska (Kirovohrad Oblast). This advanced-technology project is co-funded by the governments of Ukraine, Romania and Slovakia.