Old, alone and nowhere to go 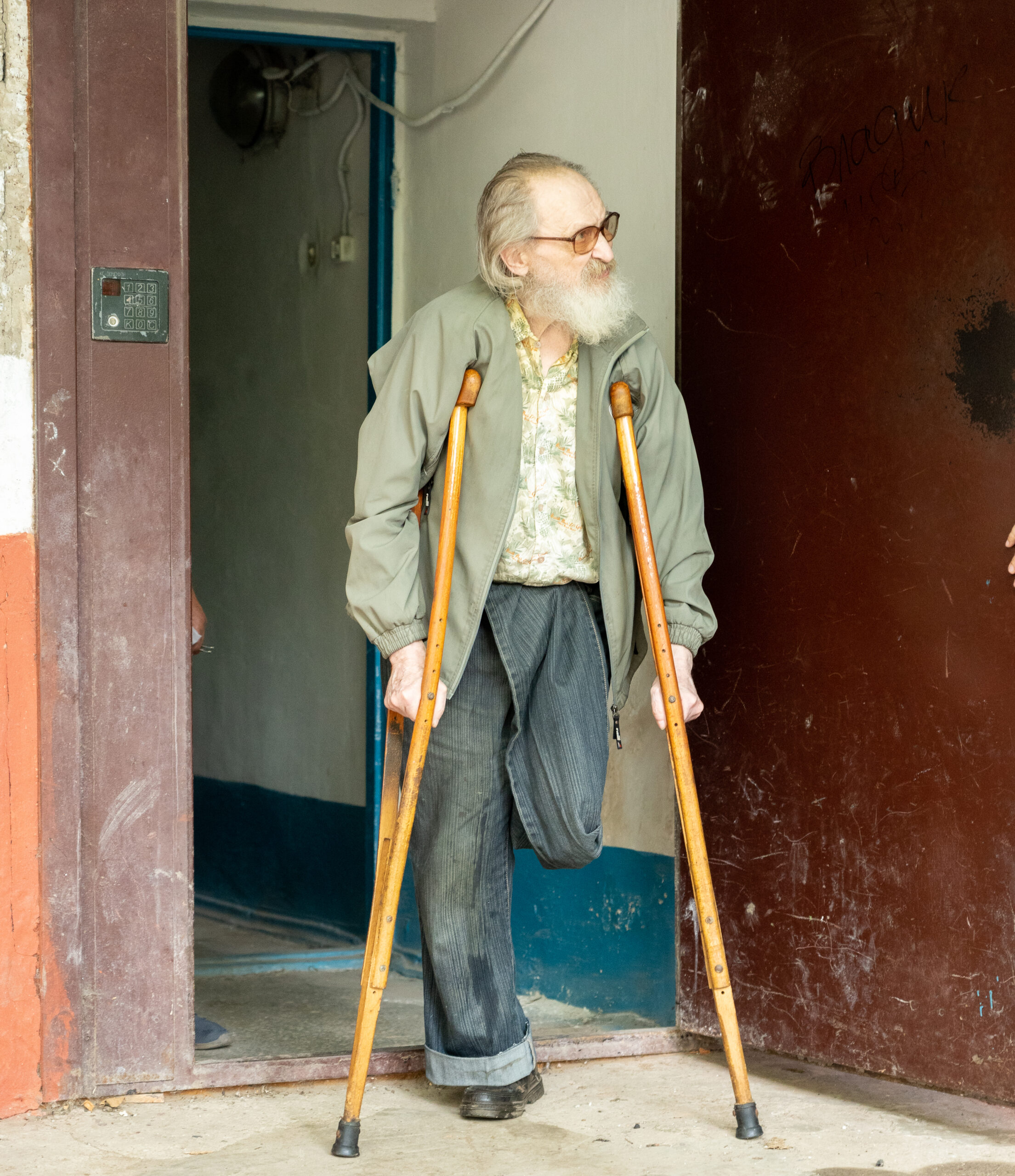 Andrey (74) has been living alone in his flat in Kramatorsk for many years. The only family connection he still has is his daughter, who lives in Moscow. The Russian invasion of Ukraine has made it impossible for her to visit him. In the meantime, Kramatorsk has suffered from frequent Russian rocket attacks, and locals were expecting a full-scale attack of Russian troops soon, so Andrey’s neighbour Sergey did everything to get Andrey evacuated. When we ushered him out of his apartment into a van for evacuation to Dnipro, it was completely unclear where exactly he would go afterwards.