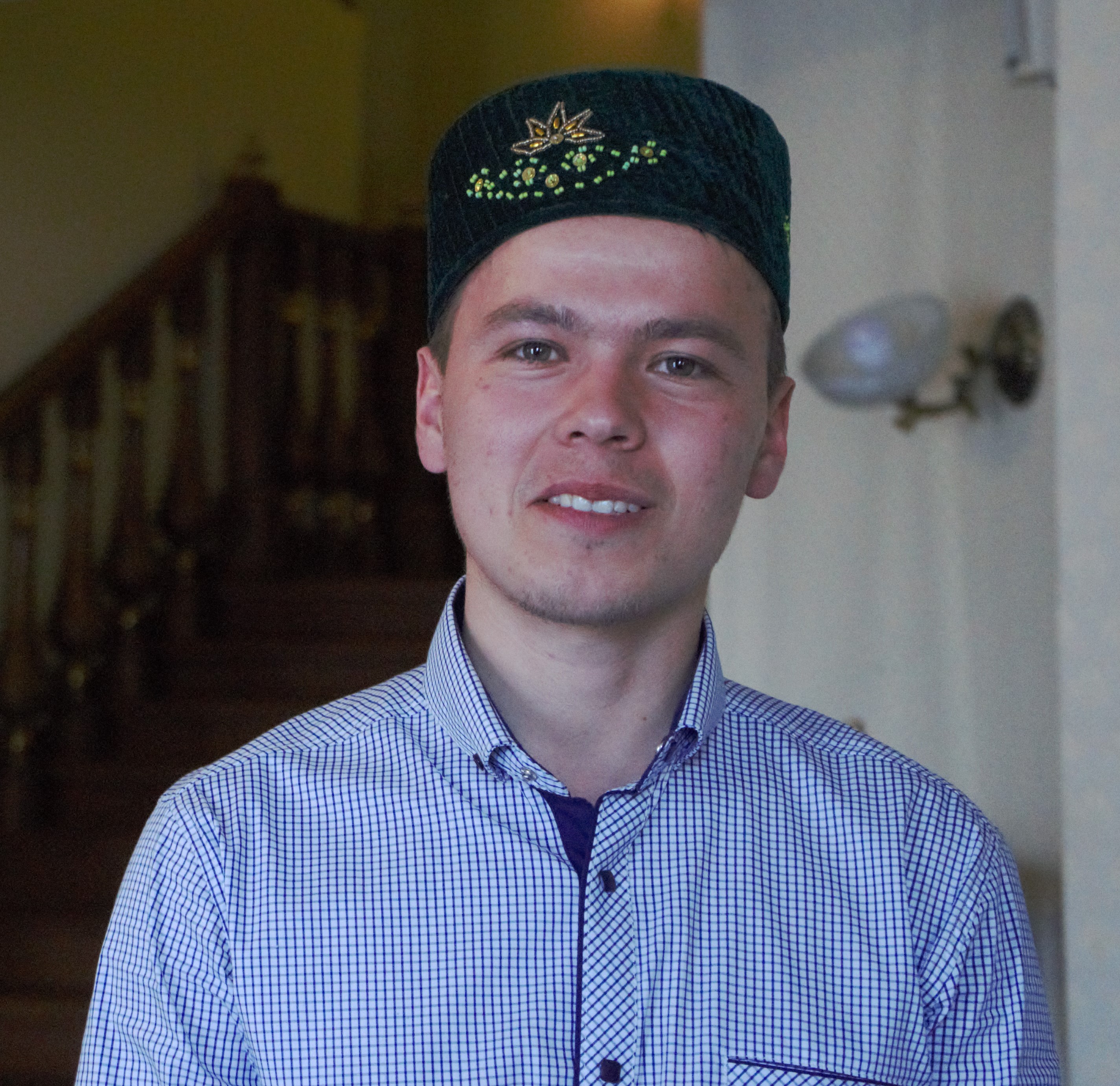 Erischat works in the Märcani Mosque in the old Tatar quarter of Kazan. He says that his family always kept their faith, also during Soviet times, when it was hard to be openly religious. Indeed, religious practice of Muslims as well as Christians was suppressed by the communist authorities and many places of worship were turned into agricultural depots, swimming pools or arsenals. Not so Märcani Mosque, which was the only mosque in Kazan that escaped closure during the Soviet period. It is also the first mosque built in Kazan under Russian rule, during the time of Catherine the Great in the 18th century.
The mosque was built in a curious mix of Tatar medieval elements combined with Russian provincial baroque style, reminiscent of churches of the time. The interior design contains influences of Soviet kitsch akin to classicist Moscow metro stations and exudes a feel of homeliness found in Russian countryside mansions, as well as the sobriety of a protestant community centre.