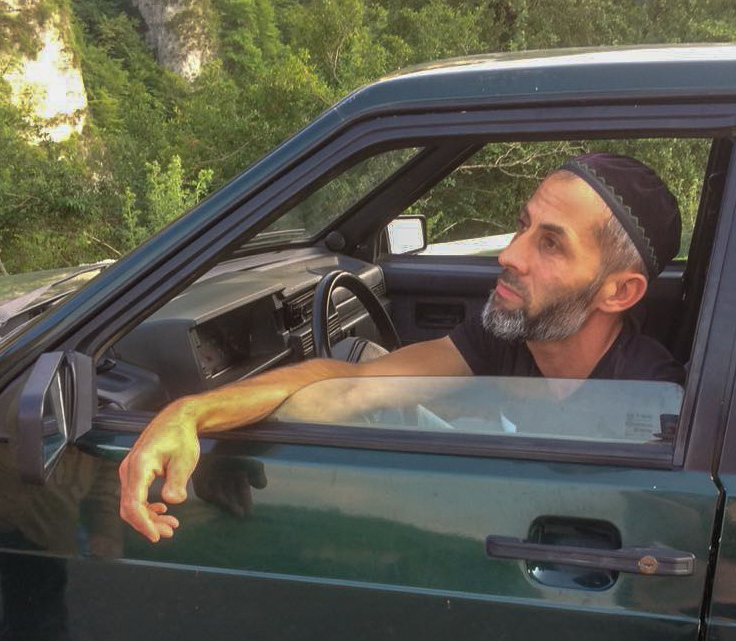 “Masked Russian soldiers would just grab people from the street at checkpoints, take them away and shoot them. Just if they had a beard, if they had some markings on their shoulders that could stem from a gun, if they wore a traditional Muslim hat. This happened all the time. Every evening, every evening… They just killed randomly. People would just disappear. Sometimes their bodies could be found in the river a few days later. Sometimes normal villagers were taken away and 5 weeks later photos of them killed in rebel attire and with long beards appeared on the first channel. Simple people were turned into terrorists.”

“The Russians mainly used mercenaries against us. People came to fight for money, to make quick bucks or to get rehabilitated. Drug addicts, unemployed, prison inmates were unleashed on us. All doubtful characters even in normal life. But if you give someone a weapon and power, he is ready to do anything.”

“Imagine, someone who has lived in a village all his life, knows every little stone, everyone in that village and then someone from outside comes and kills his friends, family. Of course this person will fight back to the last, not least our people! How can you bear it if they killed your brother or sister! Everyone would stand up, everyone”. In his family only 4 remained alive. From a big Chechen family. Gazi has tears in his eyes. It is hard for him to talk.

“There were no brothers and uncles left. I had to work and protect the house, and at night hide from bombing in the basement.” That was his ticket to adulthood. “They took everything: cattle, food, clothes.”

“Near the village there was a Russian mercenary, who had made quite a bit of money with the war. He stayed there as he said if he went back to his place, his wife would take his money. So he stayed and drank, ate, lived well. But he had nowhere to go so one day he got drunk and threw himself in front of some heavy military truck (Ural) of a passing army column and died. I saw it. Before he had drunk away all his money. Most Russian soldiers drank. It was a dirty war … At some point, life just became worthless.”

“Bombers came from Mozdok airbase without any targets. They would just indiscriminately bomb the villages. Planes always came in pairs. Sometimes just one would drop their bombs on the villages and the other one wouldn’t. People are different, aren’t they? Every pilot is a different person.”

“The same air to ground missiles that are now being used in Syria were used here”, he says and points with his hands around. “But the war in Chechnya was much worse than Syria or Ukraine. The Chechens could go nowhere to treat their wounded, nowhere to escape. Chechnya is just a small, remote country in the mountains. No journalists could get here and report about all the atrocities.” And if they did report, it was extremely dangerous. Anna Politkovskaya, probably the most famous killed Russian journalist was murdered for her investigative reporting on the second Chechen war.

When he was 16 years old during the first war, Gazi lost his left arm, a finger on his right hand, and a leg when a booby trap exploded. “My leg looks like a sieve, it is barely working,” he said.

“But now it’s quiet. Ramzan [Kadyrov] makes sure. He is everywhere.”