Once upon a time, every night 2000 people flocked to the revue theatre “Es Fogueró Palace” in the north-east of Mallorca. But after only a few years the entertainment temple closed its doors forever, the business was too unprofitable. The place only made the headlines again when a body was found there. 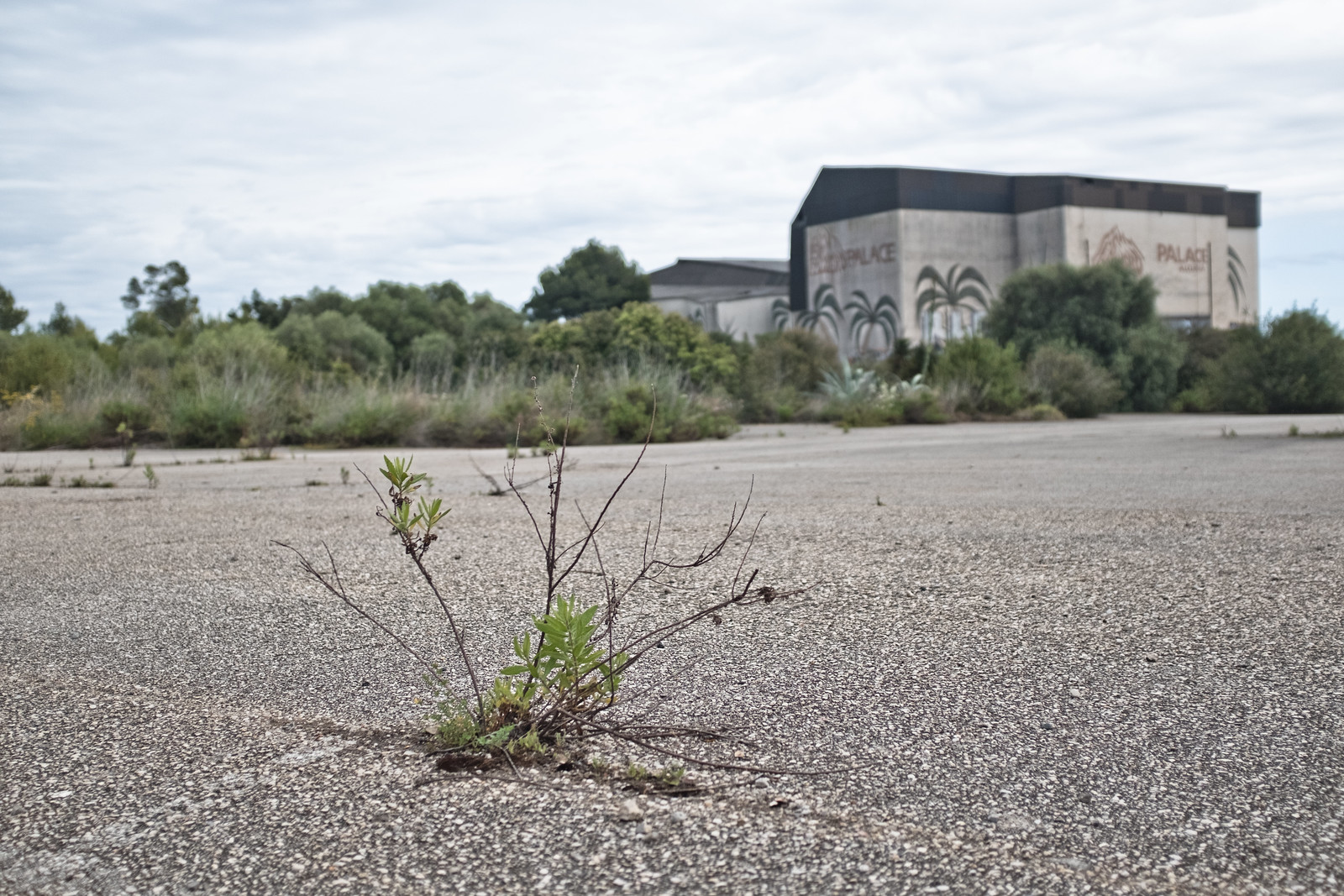 The concrete monster rises up in the middle of a huge asphalt square. Overgrown with bushes and weeds, covered with graffiti. “Es Fogueró” is written in large, flame-like letters its walls, along with several painted palm trees.

The size of the building is immediately noticeable. It is clear from the first glance at the colossus that thousands of people must once have partied every evening in the “Es Fogueró Palace Alcudia” on the outskirts of Port d’Alcúdia at the north-east coast of Mallorca.

Even more so when you look inside the multi-storey building. There, a huge revolving and retractable stage, a large terrace and an all-encompassing upper gallery are revealed. From balconies you can look down to the sea. Outside, on this day, two skaters are jumping over a small ramp they have set up at several drained pools and fountains. But what happened to the palace? 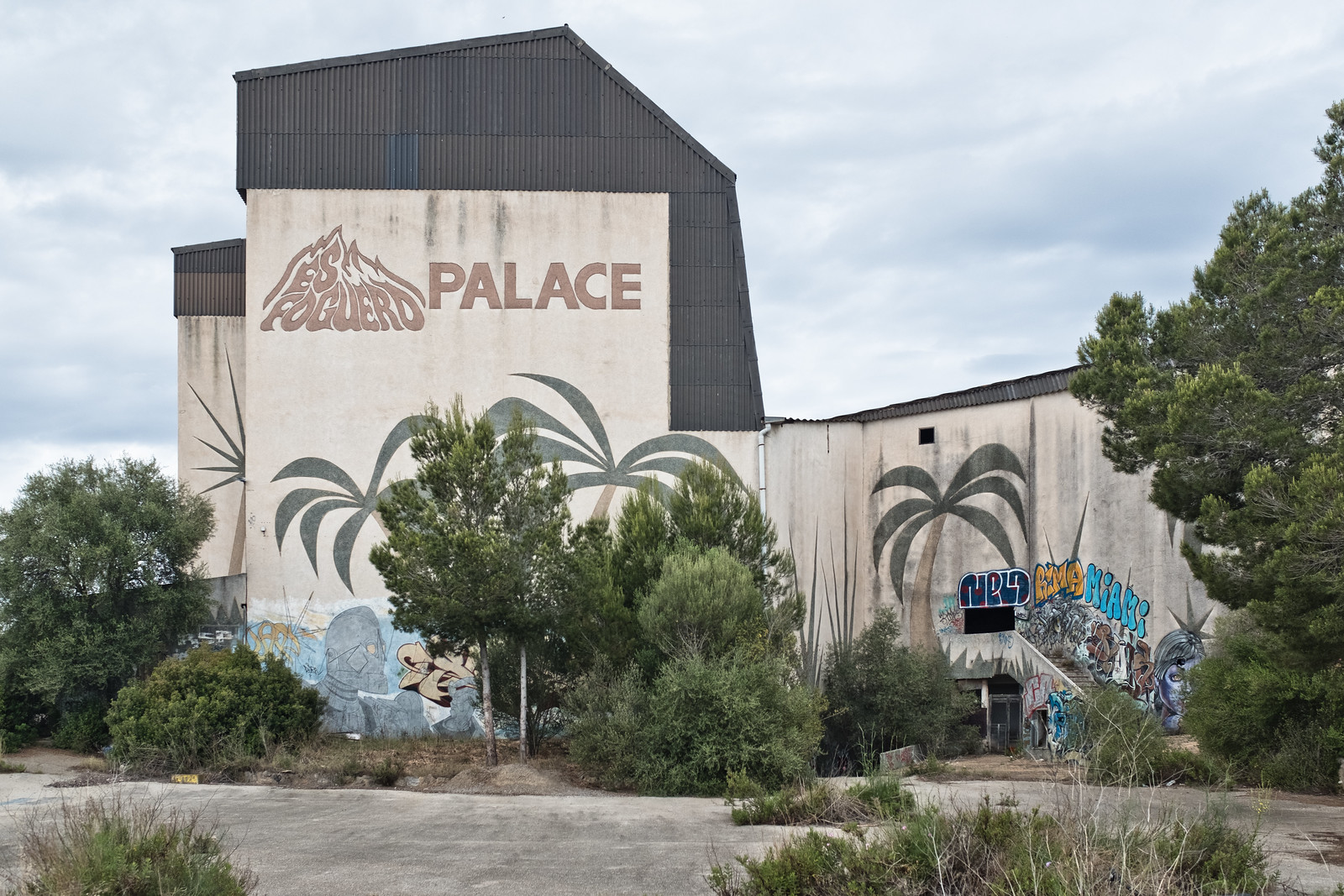 The plans for the “Es Fogueró Palace” were gigantic from the very beginning. When the revue theatre with adjoining restaurant opened on 9 August 1989, none other than Julio Iglesias was the headliner. 2000 people are said to have flocked to the show palace that evening, as the “Mallorca Magazin” reports.

But that was only the start. In the “Es Fogueró Palace” there were real horses on stage, water games, flamenco shows, big bands – and always top cuisine. The founder of the revue theatre, businessman and nightclub owner José Casas, had already successfully implemented the concept in the island’s capital Palma. In the tourist town on the other side of Mallorca, however, he failed after only a short time.

The entrance fee was too expensive, the target group too narrow and the location too remote. The revue theatre became a discotheque, but even there the visitors stayed away, the business was not profitable. In 1992, only three years after opening, the “Es Fogueró Palace” closed its doors for good – and has been rotting ever since. 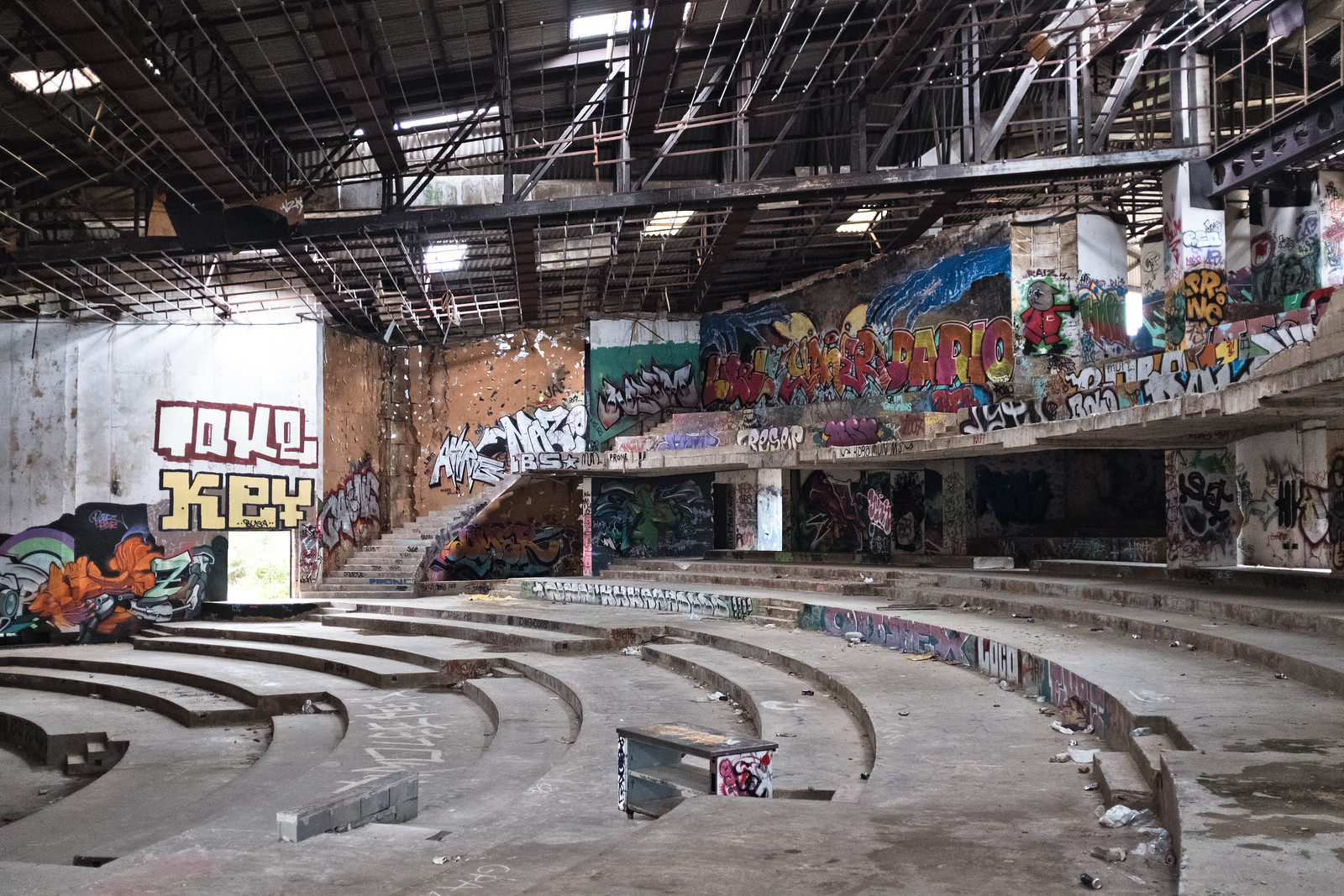 The entertainment palace becomes a place for homeless people

With the many ideas, Alcúdia’s city council tried again and again to breathe life into the concrete colossus. But instead of investors, homeless people, skaters and graffiti artists came to take over the building on the edge of an industrial area.

It was not until June 2010 that the location made the headlines again: A dead man was found at the foot of a staircase of the former entertainment temple, lying in a large pool of his blood. At first, the police assumed it had been an accident, a fatal fall from a great height. The 61-year-old had been living in the building with other homeless people for some time, but there were never any problems.

But after the autopsy of the body it quickly became clear: According to “Diario de Mallorca”, the man was killed by a blow to the head with a blunt object. 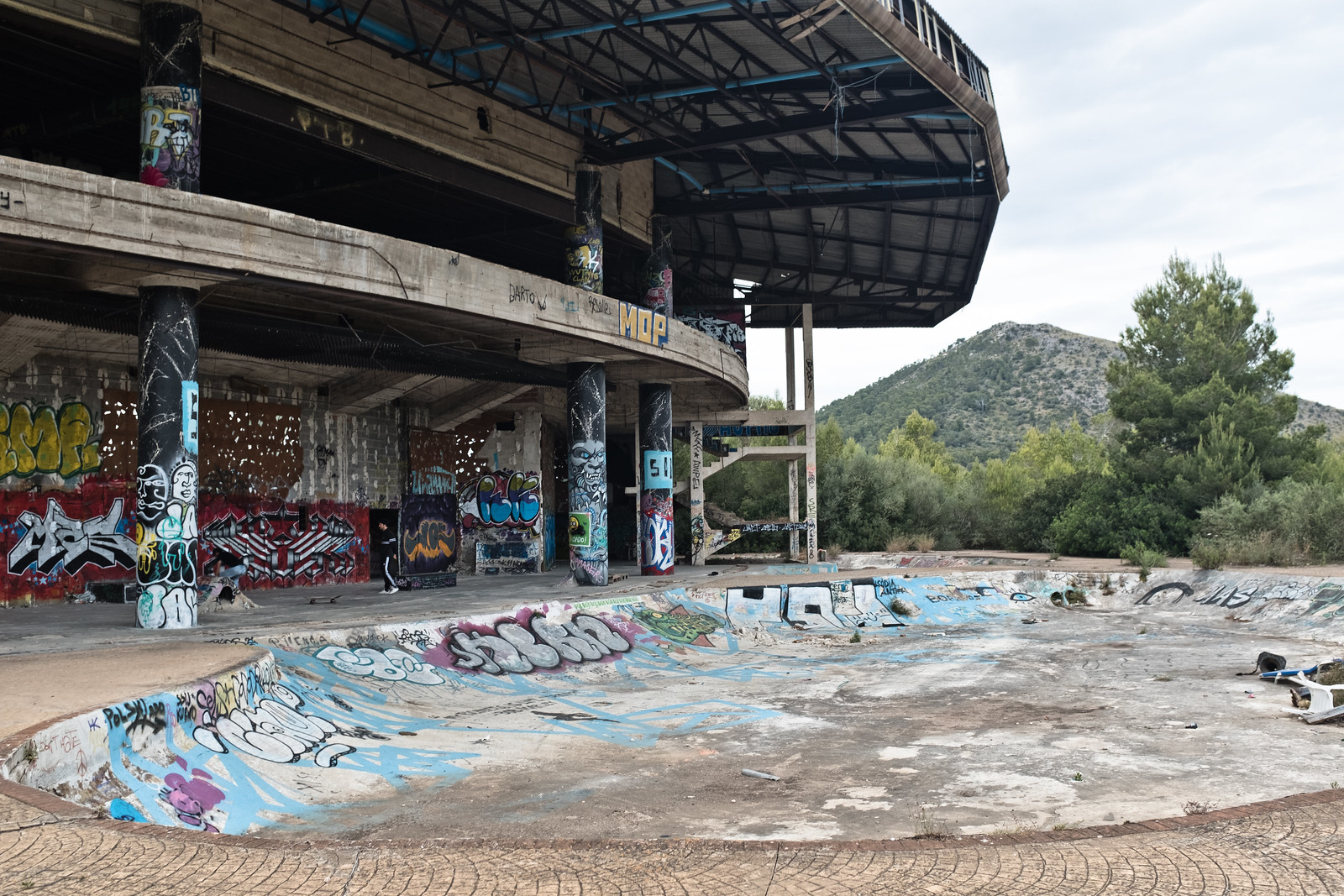 A graffito commemorates the tragedy

The alleged perpetrators: his flatmates, two siblings from Ecuador. They had killed the man and staged the crime scene with the help of a Colombian so that it looked like an accident, as the woman, the partner of the killed man, later confessed to the police, according to “Ultima Hora”. The investigators assumed that a quarrel among the residents of “Es Fogueró Palace” had escalated.

The 61-year-old’s brother is said to have spray-painted the Bob Marley quote in “Es Fogueró Palace”. But this is probably no more than a rumour. 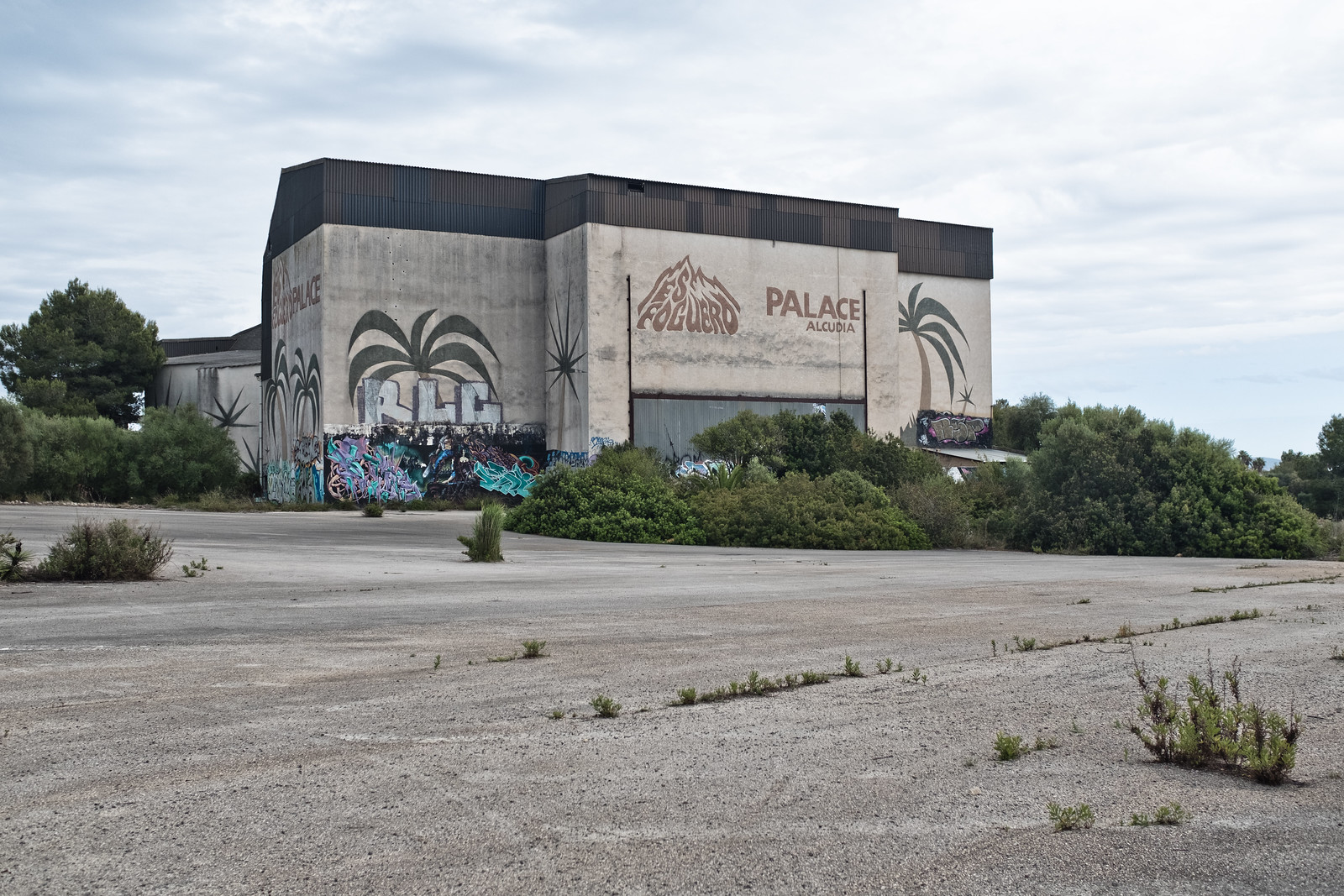 Categories: Photos Spain On the Road