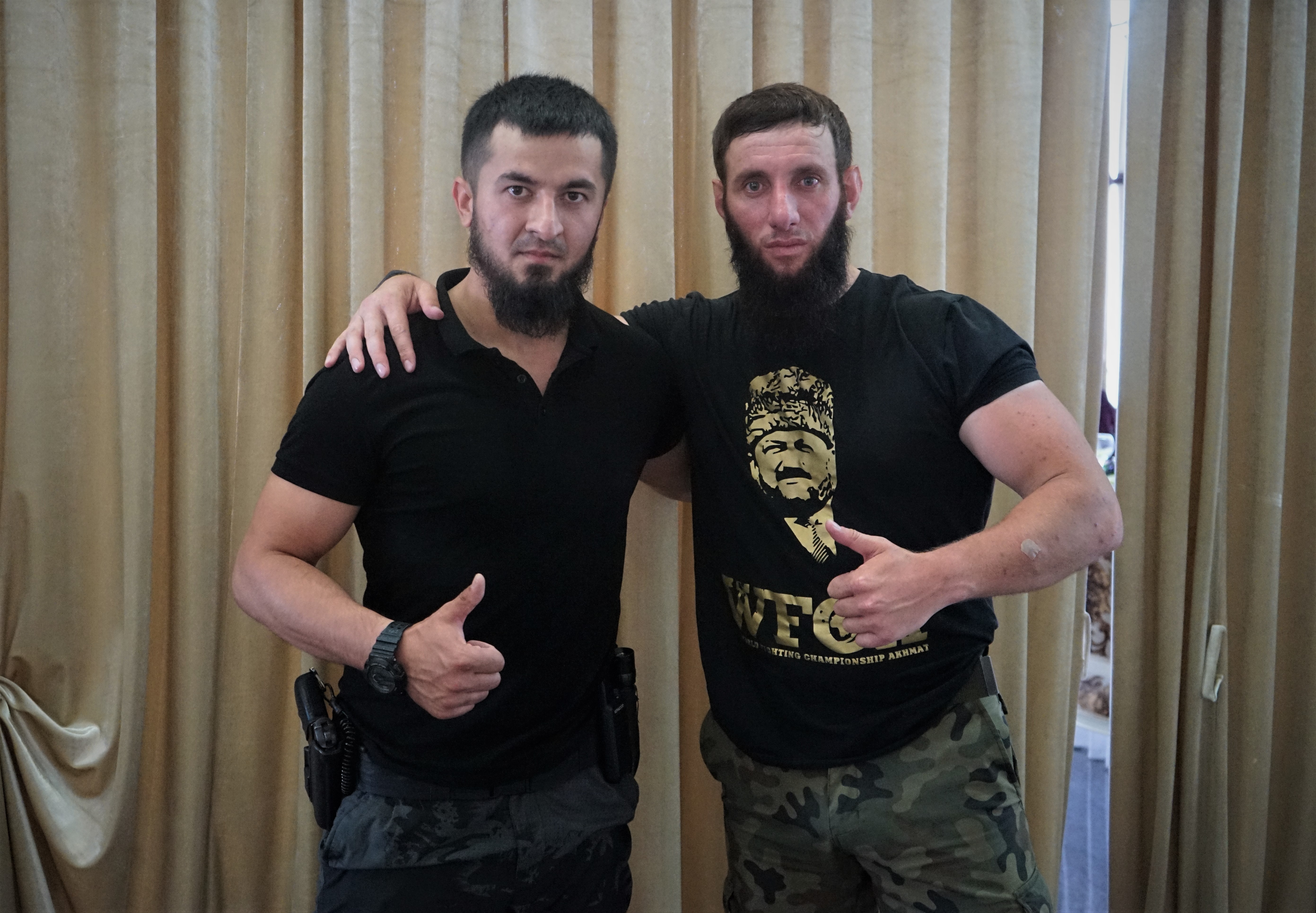 Hamzat and Khambek are both Chechen anti-terrorist fighters at the rapid reaction taskforce GBR. I met them at a wedding in Gudermes, where they are based. They said that they are „always ready to fight bandits“. Indeed there are still occasional attacks of rebels, such as one on an Orthodox church in the centre of Grozny in the spring of 2018. Ramzan Kadyrov the president of Russia’s Chechen Republic is both their boss and role model. Indeed it seems that most young men have copied their national leader’s style, wearing long beards, muscle shirts and camouflage clothing, while working out hard and engaging in martial arts or wrestling. The high percentage of security forces and the predominance of martial looks and militarism sometimes gives the impression of being in some modern kind of Sparta, when traveling Chechnya.