Hate fascism and love the tsars: wacky war songs on the Ob river 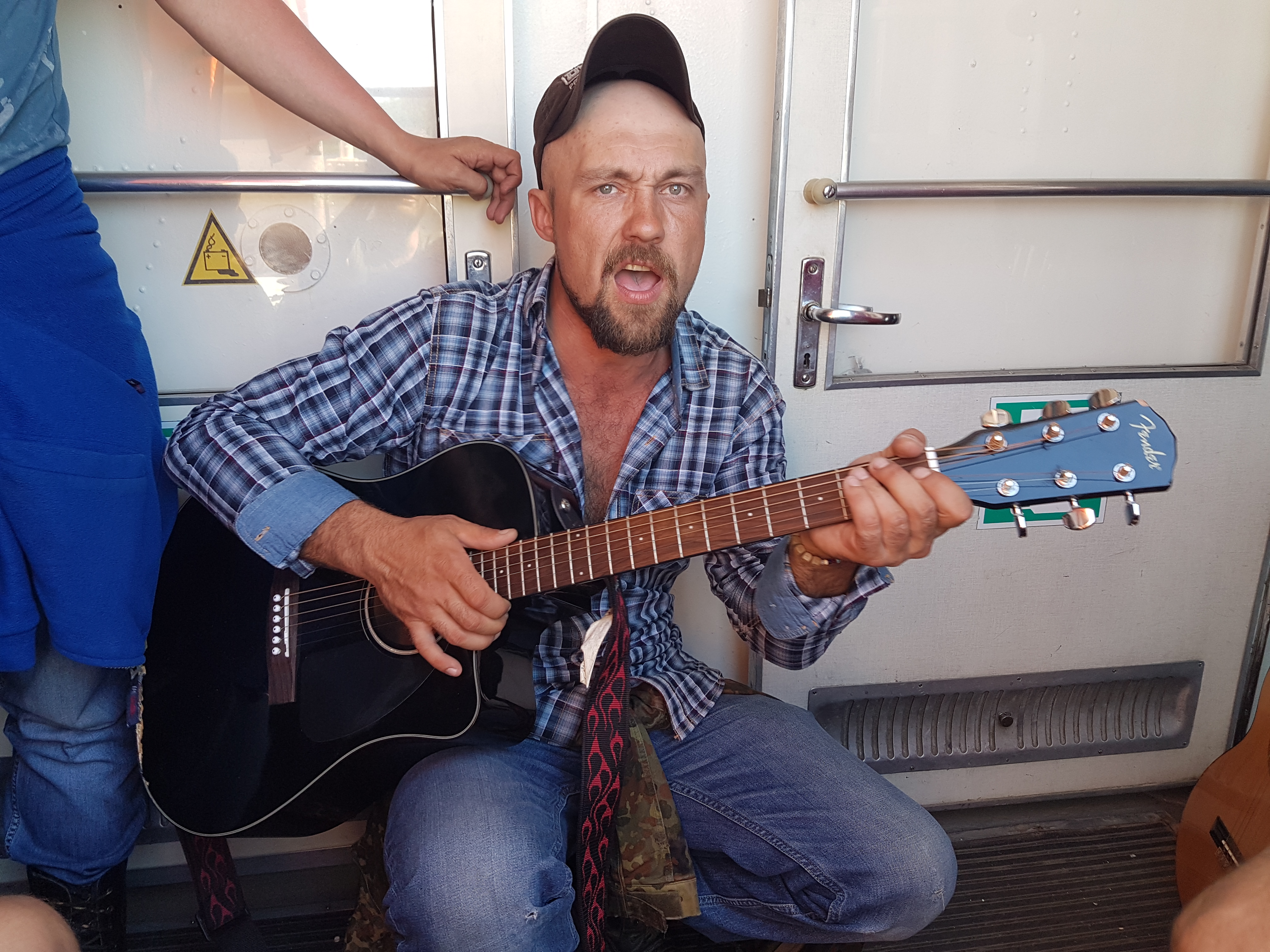 Kalash, as he is called by his friends, is a musician, poet and lumberjack, chopping wood at new resource exploitation sites for Gazprom in Western Siberia. He also used to be a kontraknik (contracted) soldier for the Russian army for 3 years, a topic he did not want to discuss in more detail. I met him on a ship going from Peregrebnoe to Khanti-Mansisk on the Ob river. He calls himself a Russian patriot and is a fan of the white, monarchist forces during the Russian Civil War (1917-1921). While he adores such figures as Admiral Kolchak or Tsar Alexander III, he still thinks that the Soviet Union was great, as it was a strong and powerful state furthering the Russian cause and winning WWII. He was singing many Russian classic songs by groups such as Lube, DDT or Nautilus Pompilus, or more unconventional tunes about how women can go on his nerves. He would perform non-stop – to the joy or desperation of his fellow passengers on board. He also recited some of his own rhymes, such as a 5 minutes’ poem about what he would do to fascists. He hates America but is fine with Germans.