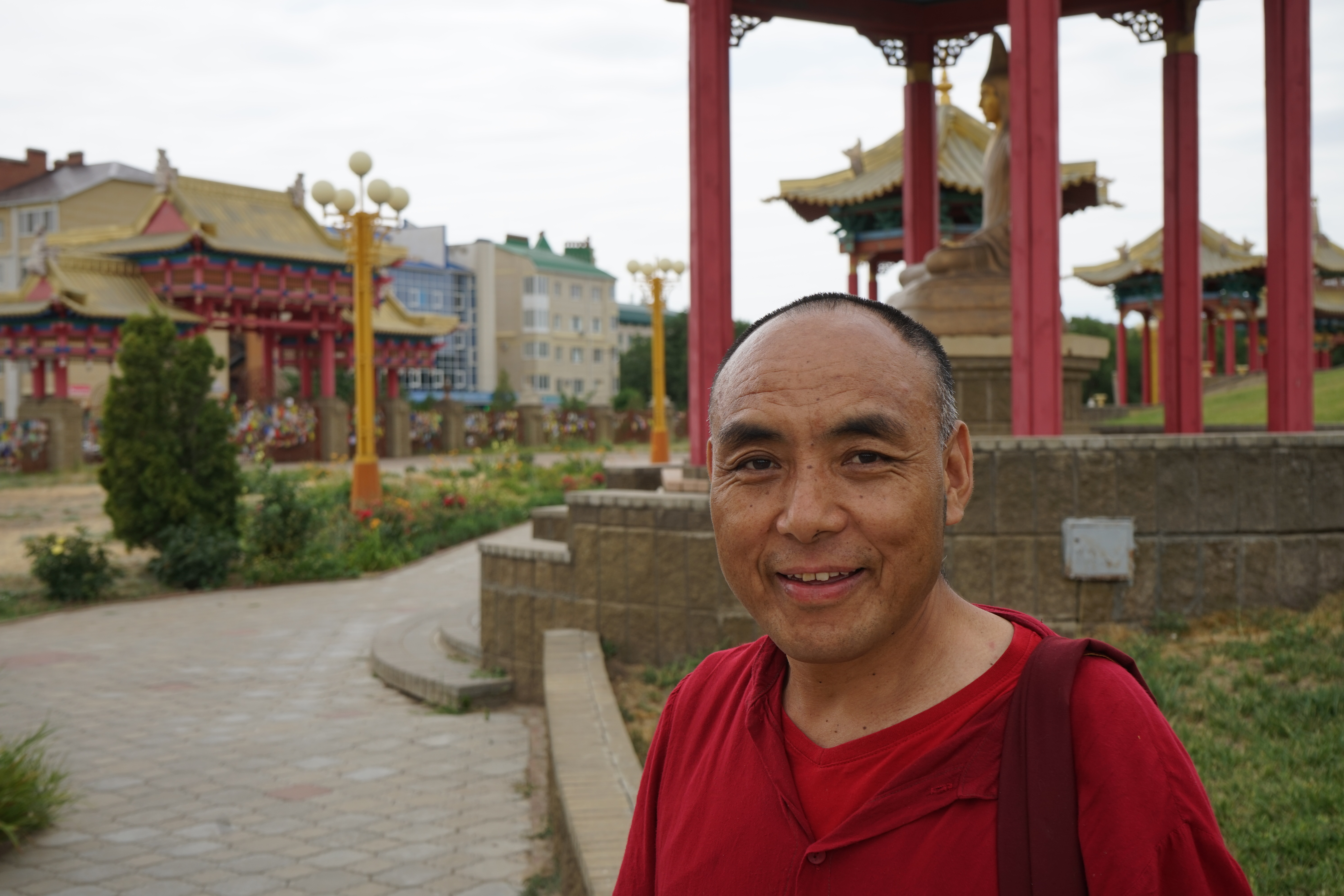 Gen Pen Tso is a Buddhist monk from Tibet who has been living in Kalmykia since 2006. The Republic in Russia’s south is the only region in Europe where Buddhism is traditionally the majority religion. Gen came to live in the republic’s capital Elista to work in one of the local temples and he has come to like his new home and now speaks fluent Russian and Kalmyk. He also runs his own shrine and parish somewhere in a village in the Volgograd region. He complained that many people, including Muslims and orthodox Christians would just be interested in the esoteric aspect of Buddism, not in the actual religion. Once he met the Dalai Lama who came over to visit Kalmykia on the invitation of the Republic’s former president Kirsan Ilyumzhinov. Gen Pen Tso is grateful to Ilyumzhinov for investing a lot in strengthening Buddhism in Kalmykia, which had been suppressed during Soviet times. Apart from Buddhism, Ilyumzhinov has also been pushing chess, building a whole new quarter in Elista dedicated to the sport, making it a compulsory subject at school and getting the 2006 chess world championship to take place in the Kalmyk capital. He is also known for having played a game of chess with his embattled friend Gaddafi in Libya in June 2011, for claiming to have been visited by aliens and for giving fertility advice to Russian popstars. Gen enthusiastically recounted the story how Ilyumzhinov managed to help the singer Maxim Galkin to get his wife Alla Pugacheva – Russia’s ageing queen of pop – pregnant with twins, after advising him to attend a shrine in India.