Patriotic education and the pride of the victors 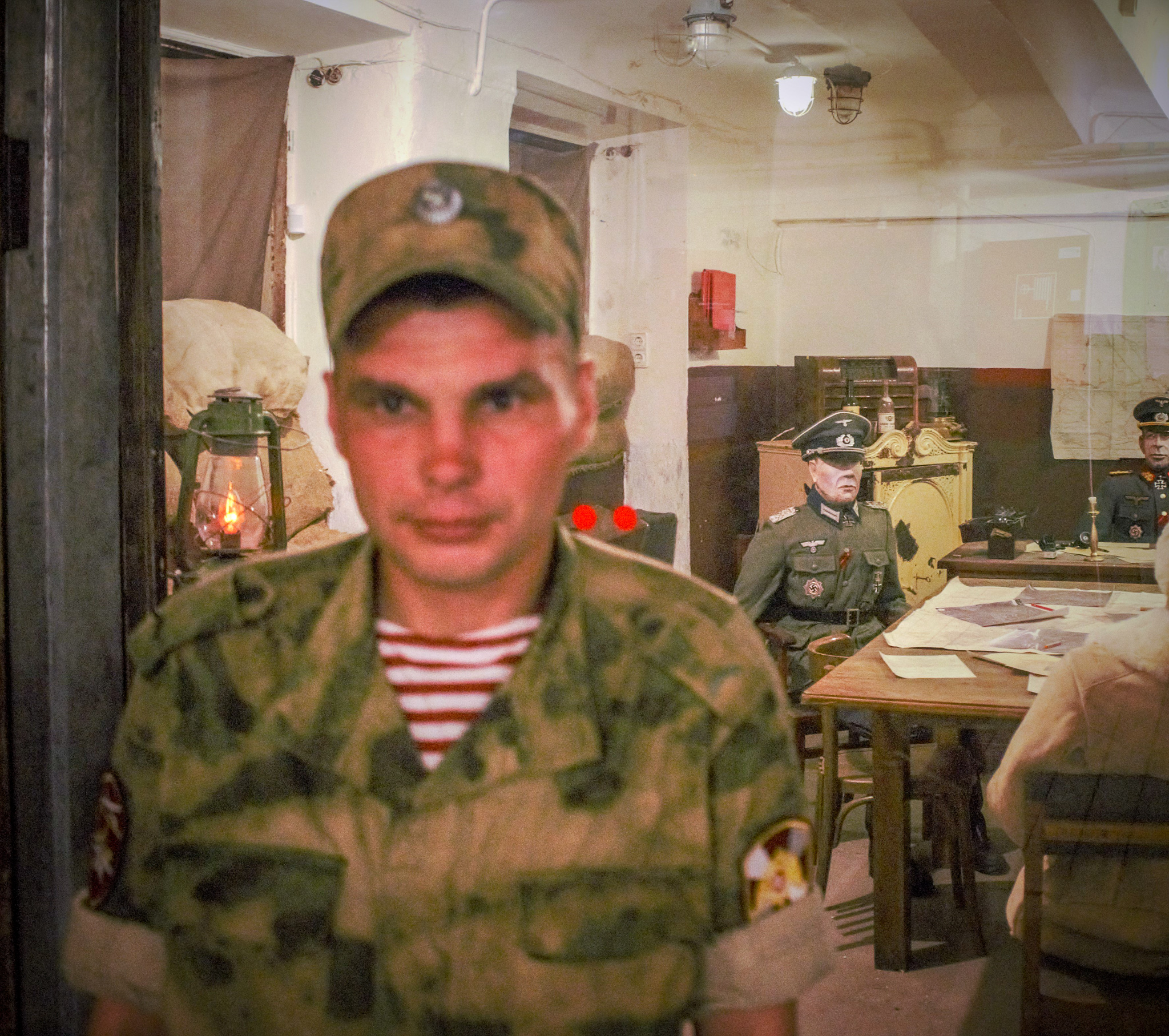 Alexander is a young member of Russia’s national guard. His battalion was ordered on a trip to the Paulus museum in central Volgograd, located in the cellar of the warehouse where the encircled 6th German army surrendered to the Soviets on January 31st 1943 in what was then called Stalingrad. The young soldiers were given a lecture on the battle and on the necessity of defending the motherland against “fascist aggressors”. Such museum visits are part of patriotic education in Russia that has been on the rise especially since the start of the war in Ukraine in 2014. Here, Alexander is standing in front of the room where the German general Paulus and his staff signed the capitulation. The waxfigures in the background are supposed to re-enact that historic moment, that sealed the German defeat which many would consider the turning point of World War II. While other soldiers refused to be photographed, as their commander apparently did not allow this, Alexander could nor resist posing proudly for the camera of a German.