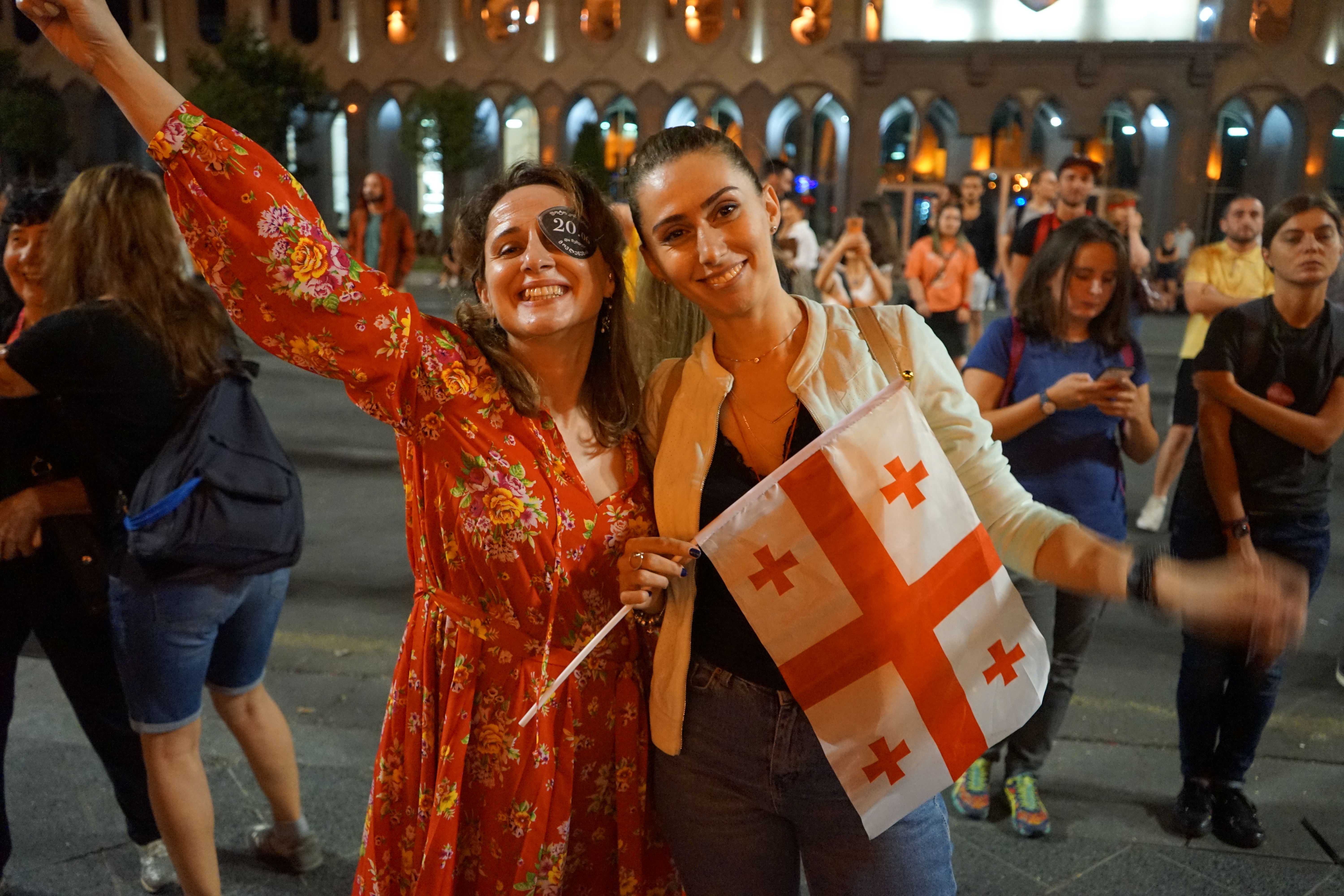 Irma and Lika came for the daily protests against the government that are taking place in Tbilisi at the moment. They said that they wanted the minister of the interior to resign. Georgi Gakharia had been responsible for the violent clamp down on demonstrators during the mass protests against the speech of a Russian MP from the president’s seat in Georgia’s parliament on June 20. The incident had sparked of a row with Russia and Moscow cancelled all flights to Georgia for the summer. Irma and Lika also wanted to take a stance „against the Russian occupation of 20% of our country.“