1 Khinkali dumpling in 2 bites, or the pleasures of Georgian cuisine 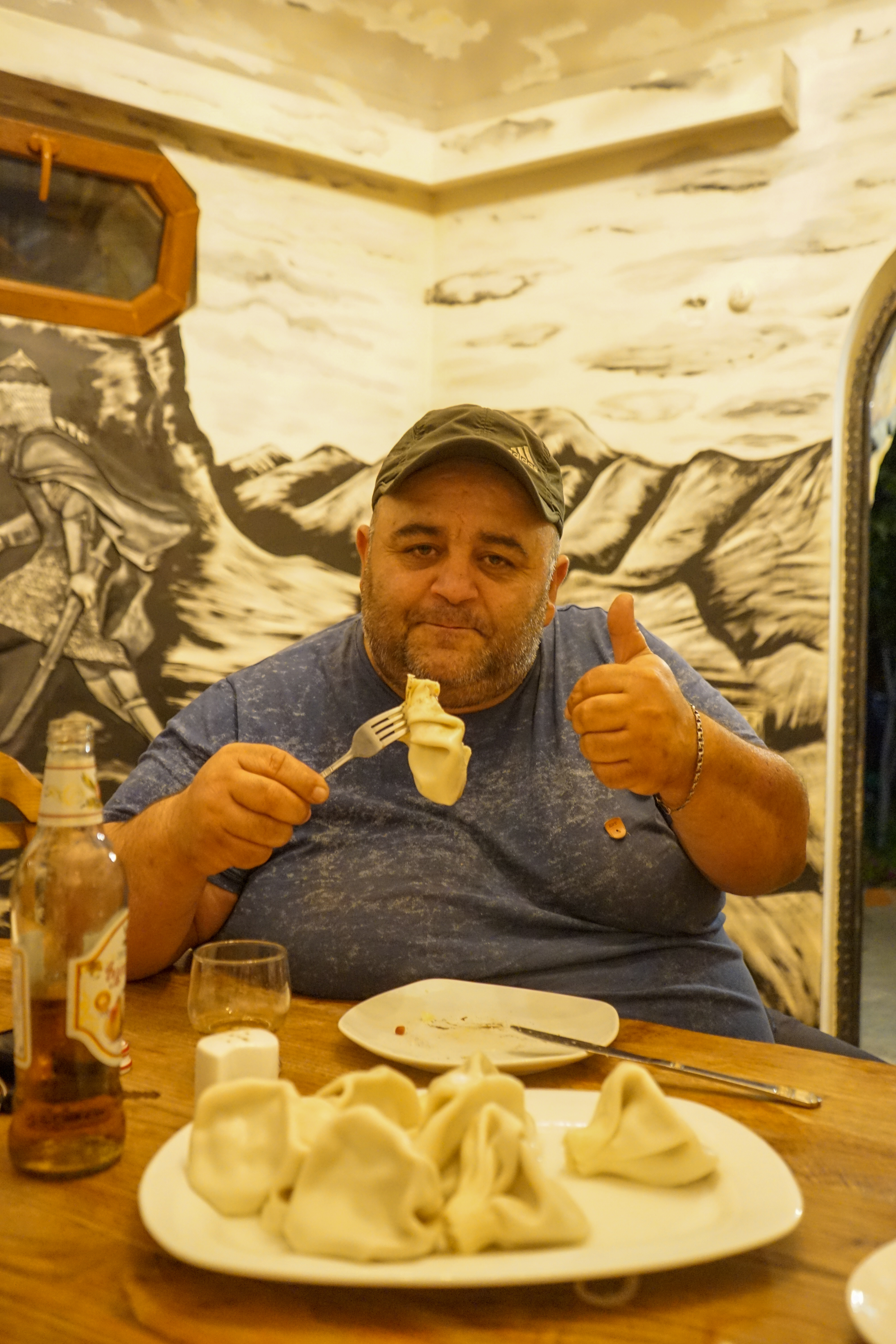 This young fellow called Ioane would drive around southern Georgia for a day full of lethargy without saying anything. But as soon as it was about finding a restaurant for dinner he started talking with all the bloomy subtleties the Russian language has to offer, discussing the pros and cons of different restaurants and his favourite dishes. Finally, we settled in our own separate room at one of his favourite restaurants. He usually eats a slice of Khachapuri or a big Khinkali dumpling in two bites and is extremely proud of Georgian cuisine in general. He does not like any vegetables though.